The ACLU has lost its way 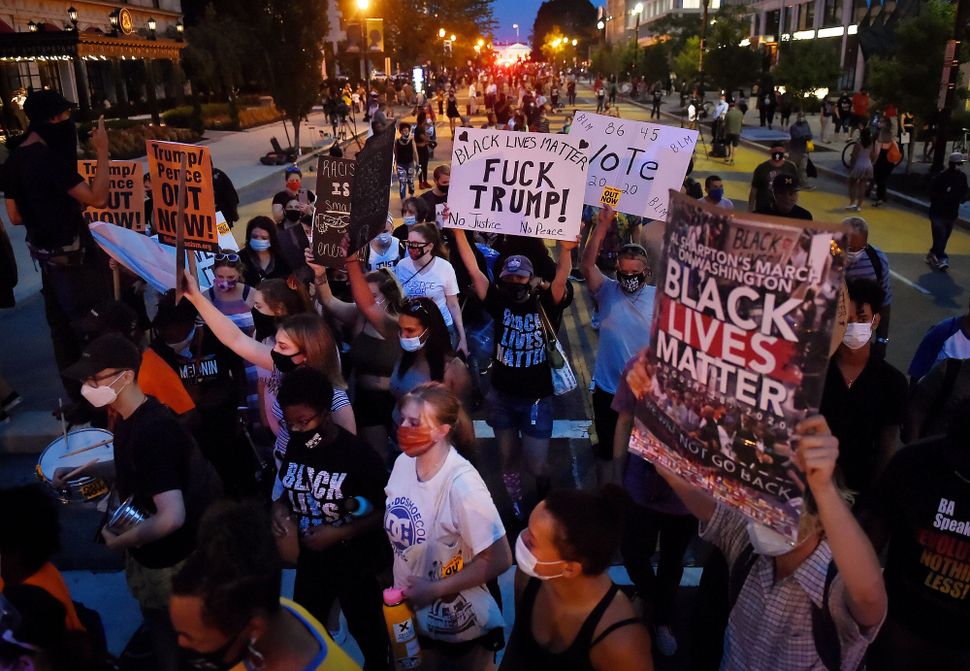 On September 2, the District of Columbia suffered a tragedy as an 18-year-old Black American man named Deon Kay was killed in a police shooting. As news spread of his death, protesters took to the streets to demand accountability.

Thanks to a new D.C. law, the D.C. Metropolitan Police Department (MPD) is required to release body camera footage any time they use deadly or serious force, with the caveat that families related to victims of police violence have the option to prevent its release to the public. In this case, the MPD released that footage the day after the shooting.

If you watch the body camera video (warning: it is graphic), it’s clear that Kay was holding a gun in his hand and running towards the approaching police officers, though he also appears to toss the gun when the shots ring out. Although an investigation is ongoing, it will likely be determined that the police officer had reason to believe of an imminent threat before he fired the one shot that killed Kay.

The case is, of course, still a tragedy because of the loss of Kay’s life. But it is very unlikely that an investigation will conclude that police behaved inappropriately. Regardless, the police officer in question has the right to due process, which includes a thorough and transparent investigation that will determine his guilt.

Unfortunately, America’s premiere civil liberties organization, the American Civil Liberties Union, did not allow for that due process to take place before it tweeted that “DC police murdered Deon Kay yesterday. He was just 18 years old.”

The ACLU went on to say that Kay’s death “is yet another painful reminder that violence and racism is endemic to policing in this nation. We demand justice for Deon, and for every life taken by DC police.”

The Tweet provoked outrage from numerous corners of Twitter, and some number of hours later, the ACLU took it down. But it was emblematic of an organization that has in recent years moved away from its original mission of defending the individual liberties of everyone, no matter their political affiliation or background.

After all, this was an organization that defended the right of Neo-Nazis to march through a historically Jewish community in Skokie, IL. By defending the right to express these abhorrent views, the ACLU was demonstrating that it believed in rights even for people with whom it most strongly disagreed.

It’s impossible to imagine today’s ACLU doing the same. During the Trump years, the organization has seen a fundraising boom, raising $24 million in online donations one week in 2017. And along with these new supporters, the organization has come under pressure to adopt more openly left-wing political stances and pull back from its support of the rights not just of Nazis but of conservatives. The ACLU supported the rights of far-right activists holding a white supremacist rally in Charlottesville, Virginia, in 2017, but was quickly met by backlash, including a resignation from the board of the ACLU of Virginia.

And then the organization took one step further, affirmatively taking a position against individual civil liberties by suing the federal government to weaken due process standards for university and college students accused of rape or sexual assault. The organization’s position isn’t crazy; reasonable people can disagree about the level of due process that should be afforded for students accused of these crimes on their college campus. But it is unusual for the ACLU to want to make it easier to punish a suspected criminal, rather than defend that suspect’s individual rights.

Alongside a hesitancy to defend individual rights when they clash with the political left, the ACLU has developed a political organizing arm that increasingly gets involved in left-leaning activism and includes advocating for greater government involvement in ensuring that everyone receives health coverage. While someone of my political persuasion happens to agree with them on this, I regret that the ACLU has strayed so far from its sole mission of defending civil liberties of all people, abandoning the field of nonpartisan organization that defends everyone’s individual rights to organizations like the Foundation for Individual Rights in Education. FIRE works to pressure institutions of higher education to protect the free speech rights of everyone from the far left to the far right. Although its mission is not as broad as the ACLU’s, its strident independence and unbiased approach to the issues embody the ACLU’s mission at its best.

But there truly is not an organization with the ACLU’s brief to replace it, which is why it’s so devastating that the ACLU has proven unable to resist the urge to become a more explicitly left-wing partisan organization and stand by its previous stubborn independence in the face of political winds. We should listen to Ira Glasser, the legendary former ACLU executive director who helmed the organization from 1978 to 2001.

“I regard all this as tragic,” Glasser said earlier this year of the organization’s political shift. “Not because an organization doesn’t have the right to change and say we don’t want to be a civil liberties organization anymore, we want to be a progressive, social justice organization. It can do that. But there’s two problems with that. One is, while it’s doing it, it’s denying that it’s doing it. It’s being intellectually dishonest. And the second thing is, that there is nothing to replace it.”

The ACLU has lost its way