Hanukkah celebrates our triumph over genocide. Uighurs are undergoing one right now. 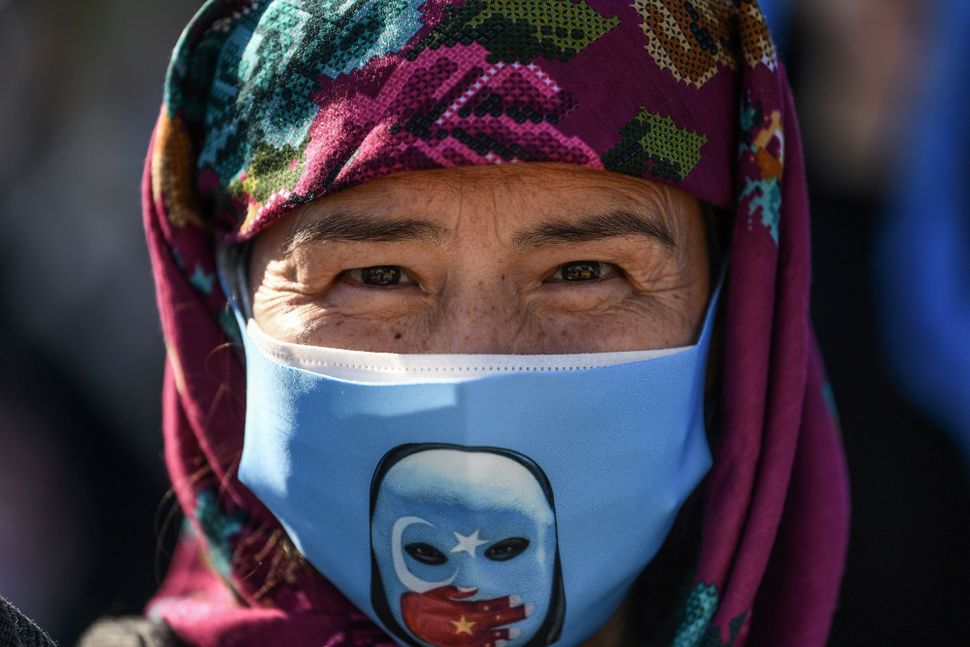 Most years, the historical events that we celebrate on Hanukkah every year seem pretty distant. An empire invaded, banned the religion of our ancestors and attempted cultural erasure — but they failed, so we eat latkes.

But this year is not like most years. This year, a tyrant has once again been putting up his image in holy places, enforcing his culture on religious minorities because he’s unable to tolerate the idea that the provinces of his empire might have their own ways of seeing the world.

Xi Jinping, the head of China’s ruling Communist Party, is the Antiochus of 2020 CE. And his attempt to destroy the identity, religion, and culture of the Uighur Muslims is as egregious as what we are called to remember each year during Hanukkah.

As Jews, religious or secular, we have seen our past play out in the Uighur present. We have seen the camps. We have heard the stories of the few who have escaped, and the many who have lost loved ones to the abyss of captivity, enslavement, sterilization, and torture.

The Chinese Government’s stated goal for the Uighurs is to “break their lineage, break their roots, break their connections, and break their origins.” They are doing to them what they did to us. We cannot ignore it.

In fact, the similarities between Jews and Uighurs are not confined to our recent history; they result from a shared condition. Invaded, incorporated into a vast empire, and subdued, Uighurs and other Muslims in China are subject to forcible “Sinicization of Religion,” the CCP’s own term for the subordination of religion to the iron whim of narrow-minded rulers — just as the Jews and Judaism of antiquity were forcibly Hellenized. And like Antiochus erecting an idol of himself for worship in the temple, the CCP places the image of its own demigod, Xi Jinping, in the sacred mihrabs of the mosques that it hasn’t outright destroyed.

This is not just an affront to religion; it is an affront to humanity, a callous negation of the right of every person, and every people, to make sense of the world.

We know this. We recognize it, just as we recognize from our own past the forced consumption of pig, the destruction of books, and the thousand other calculated indignities the Uighurs now endure.

And just as Uighur suffering is our suffering, Uighur resilience is like ours. When the traditional knowledge of Judaism was banned under the Hellenizing conquerors, its stewards fled to caves to keep it alive. Exactly this kind of intergenerational transmission is sustained today, as Uighur children in the diaspora learn from teachers, studying the language and culture which had been their parents’ daily lived reality [in schools]https://www.gofundme.com/f/uyghur-academy-boston-sunday-school) that are refuges of forbidden knowledge and peaceful, meaningful resistance to cultural genocide, just as the clandestine Jewish academies were.

On Hanukkah, the curtains of Jewish homes are parted to show the world the power of Jewish memory with the light of Jewish survival. The way we commemorate our brush with destruction is to illuminate the world in accordance with Pirsumei Nisa, the publicizing of the miracle: We are here.

It is upon us to stop cultural repression occuring bazman hazeh, in this time, in our time. The CCP’s plan requires the apathy of global bystanders. This Hanukkah, practice Pirsumei Nisa with a purpose: The miracle of Uighur cultural survival can only be attained through publicization.

If we as Jews succeed in rallying the world to care, the Uighurs a few decades from now might have their own Hanukkah. If we choose to stay silent, we reject the message of our history, standing silently while an entire people is consigned to the destruction that we ourselves miraculously escaped.

Avi Ackermann is a sophomore studying linguistics in the Plan II Honors program at the University of Texas at Austin. David Friedman is a student at Dawson college studying business and is the JMUF’s Canadian coordinator for activism. The Jewish Movement for Uyghur Freedom (JMUF) is an international and multi-denominational Jewish movement seeking to organize Jewish communities around the world to take action against the Chinese government’s ongoing genocide of the Uyghur and other Turkic peoples in the Xinjiang/East Turkestan region.

Hanukkah celebrates our triumph over genocide. Uighurs are undergoing one right now.