‘Bread is life,” said Noam Ben-Yossef, curator of the exhibition Bread: Daily and Divine, which is currently on display at the Israel Museum, Jerusalem. “It symbolizes a multitude of things, from fertility, to plenty, to civilization itself.”

Maggie Glezer, author of “A Blessing of Bread: The Many Rich Traditions of Jewish Bread Baking Around the World” (Artisan Publishers, 2004), agrees: “Folklore, food, religion, chemistry and history are all pulled together in the tapestry of bread,” she said in an interview with the Forward. “Our sages wrote that bread is so complex a creation that man could never have thought of it alone. Bread represents God’s caretaking of us.”

At no time is bread richer with symbolic meaning in the Jewish world than during the High Holy Days.

When Jews around the world prepare their holiday meals this year, the food on their tables may differ. Some communities give pride of place to a fish head, symbolizing the desire to be a head rather than a tail; others avoid nuts, since the Hebrew letters of the word egoz (nut) and the word for sin are numerically equivalent.

But throughout the Jewish world, sweet challah bread is on every Rosh Hashanah table.

The challah symbolizes the desire for a sweet and good year. It is usually baked in a round or spiral shape, because, according to tradition, round breads resemble the crowns of God’s kingship or the crowns used to reward the righteous. Another reason for the circular shape is the idea that what is round has no end, and therefore is a sign of long life. The circle also represents the cycle of the year.

Not all challahs are round, though.

Sometimes, Hasidic communities bake challah bread in the shape of birds, referring to Isaiah 31:5-6: “Like the birds that fly, even so will the Lord of Hosts shield Jerusalem.”

“Challah from the Ukraine originally were baked with the shape of a bird’s head on them. Some people even call the challah a feigele [little bird] because of this,” Glezer said.

Another challah shape made especially for Rosh Hashanah is a ladder, in reference to Isaiah 5:15-16: “And the mean man will be brought down…. But the Lord of hosts shall be exalted.” Yet another form, deriving from Eastern Europe, consists of two hands — a plea to God for the atonement of one’s sins, and the speeding of one’s prayers to heaven.

Bread: Daily and Divine examines the ways in which all these challahs represent not just physical but also spiritual sustenance. The exhibit also shows that bread is deeply rooted in Jewish tradition.

So rooted, says Ben-Yossef, who spent almost four years curating the exhibition, that the history of bread is intertwined with the history of Judaism.

Abraham had his wife, Sarah, bake for the visiting angels as a sign of hospitality. Talmudic commentators have suggested that not only did her loaves remain fresh for a week, as a sign of her righteousness, but because of Sarah and Abraham’s spiritual connection to God her bread also satisfied all her guests, no matter how little they ate.

The association of the Jewish people with bread also can be traced to the very manna that nourished the Jews in the desert in the Book of Exodus. Bread became associated with ritual as one of the grain offerings sacrificed on the altar and, later, on the family table as a symbolic substitute for the altar.

The word “challah” comes from the name of the piece of dough that the priests of the Temple were commanded to give as an offering. The custom of setting aside a part of the bread continued, and eventually the separation of a portion of challah became one of the duties incumbent on a Jewish woman. Even today, many observant women bake their bread at home so that they can separate the required portion of dough and burn it.

As the exhibition shows, throughout the centuries bread has been linked to many rites of passage in the cycle of life, from birth to death. It’s even been linked to the very cycle of life itself, since the human life cycle can be said to parallel the process of fertilization, growth and eventual decay of the plant, and also the process of kneading, baking and eating bread.

On Rosh Hashanah, the holiness of bread reaches its height. Following lunch on the first day, crumbs are traditionally thrown into a river for Tashlikh, the ceremony that symbolizes the casting away of sins.

Even on this solemn day, Jews have kept their sense of humor. According to an old joke that has been floating around the Internet recently, you should choose a specific kind of bread to throw into the water. For being holier than thou, throw a bagel. For committing car theft, caraway bread. For excessive use of irony, rye bread. And for silliness like this old joke, nut bread. 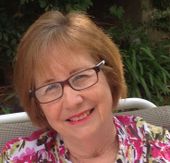 Doughy Ruminations — The Meaning of Bread

Doughy Ruminations — The Meaning of Bread