What's for Dinner? Tackling Jewish Guilt at the Dinner Table

A Jewish mother buys her son a red shirt and a blue shirt. He puts on the red shirt. “What, you didn’t like the blue one?” We all know this classic stereotype of Jewish guilt. But, today’s Jewish mom guilt comes in a different form. We don’t make others feel guilty — we are busy enough making ourselves feel guilty about not living up to our own ideals, often for our children. For me, the new guilt manifests itself, when I’m so busy working and taking care of the house that I forget to plan a nutritious dinner. On a recent evening, I had to resort to a mall food court dinner consisting of Hi-C and French fries. 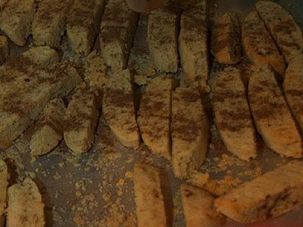 When it snows, I bake. This past snowstorm, I wanted to try something new (and old), mandelbrodt or mandel bread. An Eastern European Jewish dessert, which literally means almond bread, is in essense Jewish biscotti. Biscotti means “twice baked” in Italian and the double baking processes — once in a loaf form and once after being sliced into individual cookies — results in a crunchy strong cookie, which of course can be softened by dunking into coffee, milk or even hot chocolate on a cold day.

On Not Wasting Food

I am conscious of the meat, dairy and vegetables that I buy and the meals I prepare, but unfortunately, until recently I never gave a good look at how much waste my family produces. Jonathan Bloom’s new book [“American Wasteland, How America Throws Away Nearly Half of its Food (and what we can do about it)”][1] takes on the topic of food waste from various religious perspectives. Interviewing several rabbis in his book Bloom discusses the concept of bal tashchit, meaning “thou shall not destroy” but is often interpreted as “thou shall not waste.”

My first roommate nine years ago told me a secret to stop snacking at night: eat one small piece of sliced turkey. Then, as someone who keeps kosher, I wouldn’t be tempted to eat any dairy cookies or ice cream for the rest of the night. It actually worked. Another kosher diet success story was a friend who did the Atkins diet and told himself that it was another layer of kashrut. After months of dieting, he found himself 30 pounds thinner. 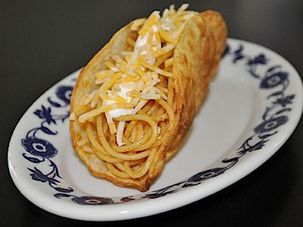 I am ever-amazed and conscious of how much peer pressure plays into what we eat. I keep a kosher home and choose to eat only kosher meat outside the house. I feel safe sending my son to school at the JCC because it is kosher, but each time he goes to secular back-up care, I have to give him a pep talk about why my meat loaf is so much cooler than the food provided at school. We even play KosherLand, the Jewish version of CandyLand so I can try to make kosher seem fun and acceptable in the eyes of a five year old.