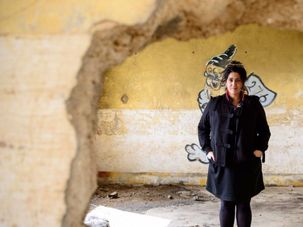 Extending a welcoming hand in a warm, inviting gesture, Eleonore Merza says: Please, come in. In another minute she might have asked: Who wants coffee and who wants tea? It was a moment that fused a reenacted past with an imagined future, next to a mound of basalt stones in the Golan Heights. Merza, 36, wants to build her house here, on the exact spot where her family’s house once stood. 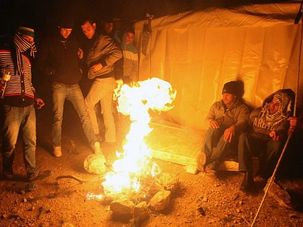 The idea of setting up a protest tent village in E-1 gained momentum over the past few weeks among members of the Palestinian Popular Committees - the same committees that for 10 years have been organizing weekly demonstrations in the West Bank against the Israeli occupation in general, and against the separation fence and settlements in particular.

One ship participating in the flotilla to Gaza has already set sail toward the flotilla’s scheduled meeting place in international waters.

The Interior Ministry refused to let linguist Noam Chomsky into Israel and the West Bank on Sunday. Chomsky, who aligns himself with the radical left, had been scheduled to lecture at Bir Zeit University near Ramallah, and visit Bil’in and Hebron, as well as meet with Palestinian Prime Minister Salam Fayyad and various Palestinian activists.

Barenboim Cancels Ramallah Visit, Amid Controversy Over His Foundation