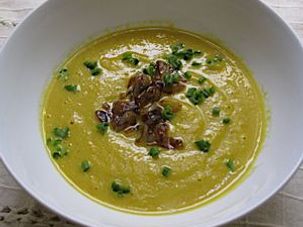 Greening Up Your Passover Recipes

The (dis)connection between the foods on our Passover table, and the Spring season did not occur to me until early adulthood, when I began cooking myself in earnest, and focused our meals on vegetables of all kinds, the whole year round. One year, I looked around the Seder table and realized that apart from the parsley laid out for saltwater-dipping, the meal — which included classics like matzo ball soup and brisket — was woefully lacking in greens, particularly for those of us who are vegetarians. 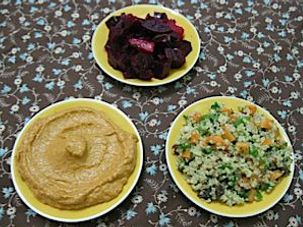 Shabbat Meals: A Work in Progress

I began sharing Shabbat meals with my husband Jeff when I was 19, while living in the dorms of Ben Gurion University in Beer Sheva. Each student apartment was equipped with a small kitchen and, as an aspiring cook and baker from a young age, I was thrilled to have my own cooking space. Each week I would return from the dusty shuk with a wide (and random) variety of produce and no plan whatsoever for to how to turn it into a cohesive menu.