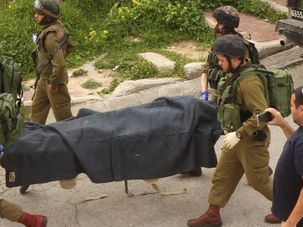 I Wrote the IDF Code of Ethics. Here’s My Take on the Hebron Shooting.

The Israeli soldier who killed a Palestinian attacker as he lay prone on a Hebron street was ‘utterly wrong.’ So says Asa Kasher, the man who wrote the code of conduct that IDF troops are bound by.