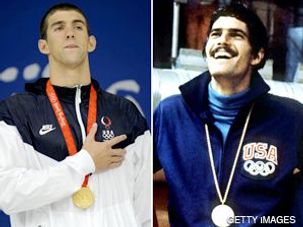 The Chabad House here sits at the end of a quiet street in an upscale gated community just inside this city’s Fourth Ring road and down the block from the Israeli Embassy. A caged duck and a stroller guard the entrance, as does a small army of young Chinese men who patrol the neighborhood of gaudy McMansions.

Rabbi Shmuley Boteach, host of the Learning Channel’s “Shalom in the Home” and author of “Kosher Sex,” recently added a few feathers to his multimedia hat.

First, the good news: The number of students in Jewish day schools has risen 11% nationwide in the past five years, and 83 new schools have opened their doors in the same period. Now the bad news: There are not enough heads of school to lead these educational institutions.

Clicking Toward a Pastime of Yore

A California-based Web site is putting a new spin on Hanukkah this year, not with dreidels but with many a Jewish grandmother’s favorite pastime: mah jongg.

Lubavitcher To Pull Stunts For Charity

To help raise money for his annual Hanukkah charity telethon, Anchelle Perl, Lubavitch emissary to the Long Island, N.Y., town of Mineola, has taken a page from Evel Knievel’s handbook.

Rose Mattus, a longtime Jewish philanthropist and one of the creators of Häagen-Dazs ice cream, died November 28 in Westwood, N.J., at the age of 90.

Theodor Herzl, the father of modern Zionism, dreamed of building a Jewish state in Palestine. Larry Baras, the owner of a specialty baking company in Boston, dreams of building a baseball league in Israel.