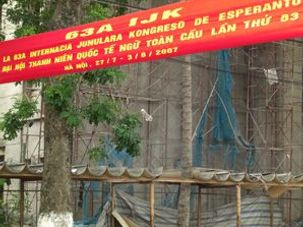 Crocodiling in Esperanto On the Streets of Hanoi

A few weeks ago, on a sultry day in the western reaches of Hanoi, I crocodiled with an Australian. I also alligatored with a Nepalese and, with a…

The Shtetl Next Door

In my synagogue, the Jewish Center of Princeton, the lobby where mazel tovs drop like manna doubles as an art gallery. Often the art provides a demure backdrop for well-heeled congregants — a still life of lilacs here, a lithograph of the Old City over there. But not The Jewish Shtetl Today, an arresting exhibit of 51 black-and-white photographs

Kafka By Nicholas Murray Yale University Press, 440 pages, $30. ——–Kafka may have died childless, but Kafka’s biography is a series of begats, with each generation turning on its elders. In the beginning was Max Brod’s Judaic saint, a rapt visionary; the visionary Kafka begat the ironical Kafka of the absurdists and existentialists;

Writers are famous for their demons, whether they battle alcoholism, depression or the savage pain of a rotten youth. Isaac Bashevis Singer was no exception, except that his demons were demons. Unlike many writers, he made no secret of them: “I am possessed by my demons,” he declared to Commentary. Later, he made a telling comment to