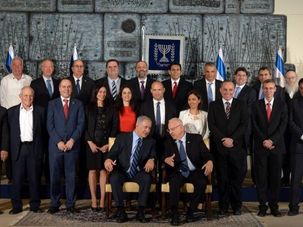 Netanyahu's Right-Wing Government is Sexist, Too

Not only has Israel’s new government failed to increase representation for women - which is paltry by Western standards - there are even fewer women than before.

Most of the Jewish public in Israel supports the establishment of an apartheid regime in Israel if it formally annexes the West Bank.