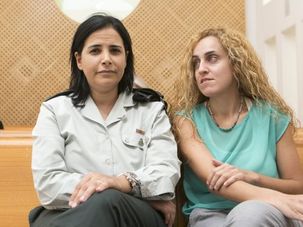 A seven-justice panel of the High Court of Justice heard the case Tuesday of a lesbian couple seeking to have a child by surrogacy in Israel instead of needing to get the procedure done overseas. Members of the panel urged them to accept a Health Ministry offer to have part of the procedure performed in Israel, but the couple rejected the overture and are now awaiting the final court decision, which will be issued at a later date. 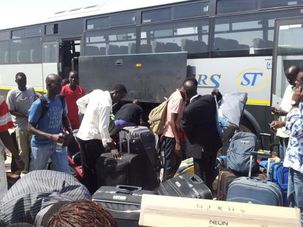 Israel Deports 14 Eritreans Who 'Volunteered' To Return to Homeland

Israel flew 14 Eritreans back to their home country on Sunday, human rights organizations say. According to reports, 14 Eritrean nationals who had been held at the Saharonim detention facility in southern Israel were flown to Eritrea via Turkey after signing consent forms. One man changed his mind after signing the documents and remained in custody at Saharonim. 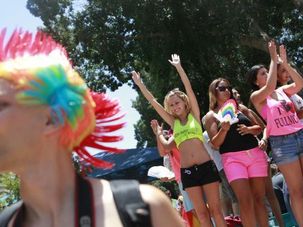 Tens of Thousands Come Out for Tel Aviv Pride Parade

Tens of thousands of people gathered in Tel Aviv on Friday for the annual Gay Pride Parade. Organizers decided not to change the scheduled events and parade route in light of the arrests made in connection to the 2009 gay youth club shooting, and a number of public figures and politicians are scheduled to give speeches.