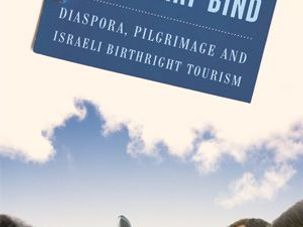 Shaul Kelner’s book is auspiciously timed, with discussion still swirling about American Jewish attitudes toward Israel. While much is contested about Peter Beinart’s controversial essay, there is agreement that a sizable proportion of young people, especially among the non-Orthodox, are disengaged from Israel: what the proportion is, who they are, whether the proportion is increasing and whether it is part of a more general disaffection from Jewish involvement or specific to Israel are all in dispute. These disaffected Jews are, however, precisely the target population of Taglit-Birthright Israel, the program that funds Israel-experience trips for young adults and is the focus of Kelner’s “Tours that Bind: Diaspora, Pilgrimage and Israeli Birthright Tourism.”