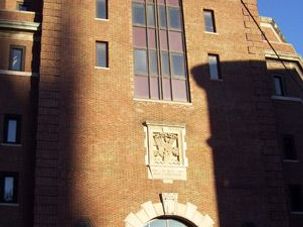 Jewish Studies Rises, but We Pay the Price

The flourishing of Jewish studies at secular American universities in recent decades is a remarkable and profoundly important development. As students return to their campuses, it is not only those who attend Yeshiva University, Hebrew Union College or the Jewish Theological Seminary who will have access to high-level teaching and scholarship on Jewish topics.

Meeting Benedict: A Rabbi Talks With the Pope

The walk through the papal apartments led through several long rooms, each richly decorated in antiques and hangings and paved with marble.

Once upon a time, there was a young man, a third-generation American who was raised in a classical Reform temple, who in the Reform manner celebrated becoming a bar mitzvah and who was confirmed in the Reform rite. He was inspired by his temple’s rabbi to himself become a Reform rabbi. He held national office in the National Federation of Temple Youth, and he was admitted to the Reform movement’s Hebrew Union College.

Catholics Have a Right To Pray for Us

Israel prays for gentiles, so the other monotheists, the Catholic Church included, have the right to do the same — and no one should feel offended, as many have by Pope Benedict XVI’s recent revision of the Tridentine Mass.

The Pope and I: A Debate With Jesus Is Joined By Benedict XVI

I made up an imaginary conversation with Jesus and wound up debating the real-life Bishop of Rome, the pope.

The Making of a Leader

The Catholics got it right. They choose a pope in secret. They mourn the last pope, collect the cardinals in seclusion, and poof — black smoke, black smoke, white smoke. Then everyone goes back to work.But choosing a pope for a billion Catholics is one thing; choosing a chancellor for a million and a half Conservative Jews is another thing

A Threat to the Academy

It has been 40 years since universities began to make faculty appointments in Jewish subjects in their departments of religious studies, history, literature and language. In the decades that followed, the field of Jewish studies has flourished on campus.