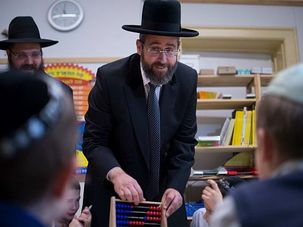 Chief Rabbi's Criticism of Conservative Jews Is Doomed To Backfire

It’s hard for Jerry Silverman to reconcile Rav David Lau’s disparaging comments about Conservative Judaism with the rabbi he met a year ago. And he takes such disparagement personally.

In recent days an intense but familiar battle has challenged the Jewish community in Israel and the Diaspora. It’s not about the threat of a nuclear Iran, tensions in U.S.-Israel relations or the plight of Gilad Shalit. This time the conflict lies within — timely given the period of Tisha B’Av and our focus on how infighting has threatened the Jewish community through the ages.

Federation Must Lead By Learning