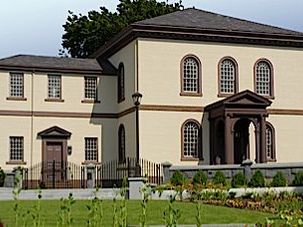 A long-running dispute over the ownership of the oldest U.S. synagogue played out in court on Monday as leaders of the New York congregation that holds the deed to the historic Rhode Island house of worship said they were horrified that local congregants had tried to sell valuable religious artifacts.