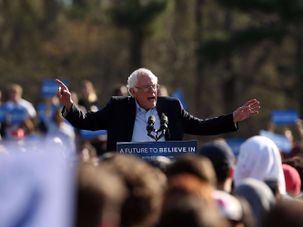 Democratic presidential hopeful Bernie Sanders is throwing a concert in a park with a dramatic view of Manhattan’s skyscrapers. At the opposite end of New York state, Republican front-runner Donald Trump will be holding a rally in Buffalo, a Rust Belt city recovering from economic decline. 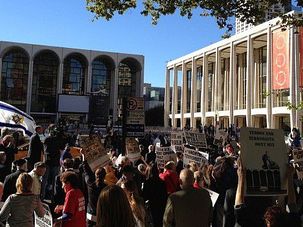 New York’s Metropolitan Opera is bracing for its most tumultuous opening in decades on Monday as protesters get ready to picket “The Death of Klinghoffer,” the John Adams opera about the 1985 hijacking of a cruise ship by Palestinian guerillas.