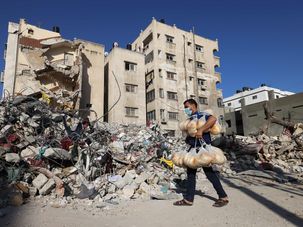 My Palestinian Arabic tutor taught me more than the language

Dima and I both lived through the 2014 Gaza war, experiencing it from different sides of the wall. Dima was in Gaza, while I was in Jerusalem.

Recently, Israeli paleopathologist Joseph Zias and American biblical scholar James Tabor claimed that primitive latrines they discovered close to the ancient city of Qumran confirm that Essenes had lived in the area. In doing so, they stepped knee-deep into the controversy about the authorship of the Dead Sea Scrolls, which were discovered near Khirbet Qumran and are perhaps the most important biblical manuscripts ever found.