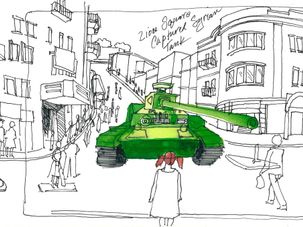 SLIDESHOW: An Illustrated Diary Of Israel After The Six Day War

While fighting raged during the Six Day War, I felt compelled to apply to volunteer in Israel — to do work that soldiers would have been doing. The war ended in a miraculous six days, but the Jewish Agency decided to bring us to Israel anyway. I spent a year in three different parts of the country: the Negev, the Galilee and Jerusalem. Here I present some of my most vivid memories from that year. 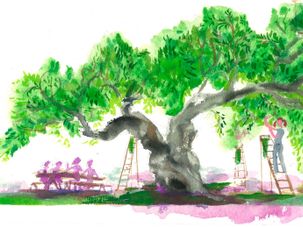 Katherine Janus Kahn, illustrator of the “Sammy Spider” books, recounts her year in Israel in 1967 doing “work that soldiers would have been doing.”