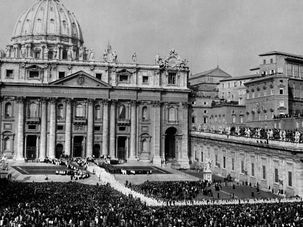 Why Haven't Jews Responded to Vatican II After 50 Years?

The arrival of Pope Francis in America and the 50th anniversary of the Second Vatican Council’s landmark declaration, Nostra Aetate, have allowed us, as Jews, to marvel at the revolutionary developments in our relations with the Catholic Church in the past half-century.