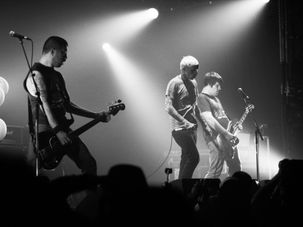 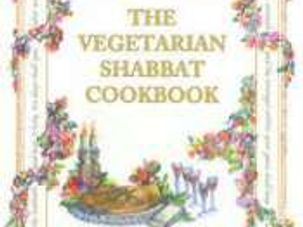 A Vegetarian Cookbook for Shabbat

Why is Korean-style barley salad in “The Vegetarian Shabbat Cookbook”? This barley, mushroom and veggie salad is topped off with a soy sauce–sesame dressing. It received rave reviews at an independent minyan’s vegetarian potluck this past Sabbath, and the service leader asked for the recipe. Perhaps a good vegetarian Sabbath dish is one that wows people at a vegetarian Sabbath potluck, which is a rather all-inclusive approach to Sabbath cuisine.

To commence each show on the Eight Crazy Nights tour, a flame was colored in above the menorah drawn on a bass drum. The drum set was then shared by three Jewish-oriented punk bands that joined forces to celebrate Hanukkah in West Coast punk venues. The tour featured a magical world where Manischewitz wine flows like water, a limitless supply of bagels is available for noshing and throwing, and yarmulkes are worn just for fun.