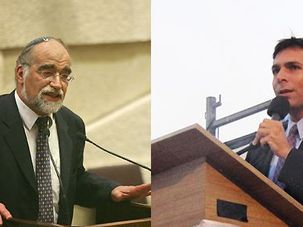 Amid growing fury on the Israeli right toward the country’s human rights groups, the Knesset has approved two motions aimed at examining whether there are skeletons in NGO closets. The separate but similar motions, submitted by the Yisrael Beiteinu and Likud parties, mandate a Knesset investigation of funding sources of left-leaning nongovernmental organizations. The motions, passed January 6 by large majorities, emerged from the Knesset’s two largest right-wing parties.

It has been promoted as a cutting-edge technological marvel and marketed as the ultimate solution to the misery Israeli civilians experienced facing rocket attacks from Gaza militants. But as the Iron Dome rocket defense system moves into its final stages of development, Israelis are questioning its effectiveness, and American lawmakers are seeking assurances that the system they are poised to fund will indeed be used to protect citizens in the battered Negev city of Sderot, close by Gaza, and not just used to defend military bases.