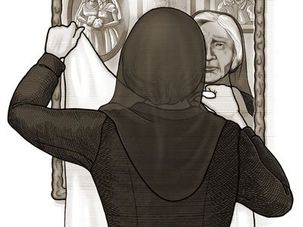 In the Oscar-winning movie “Departures,” Yojiro Takita shows traditional Japanese customs for preparing bodies for casketing prior to cremation. The art is beautiful, precise and utterly respectful of the deceased. From the very first scene, however, the movie-going audience’s expectations of the “traditional” are ruffled. First, the film shows a contemporary Japanese society in which rather than family members, professionals hired by the funeral parlor prepare the body. Second, the lovely young woman being prepared for burial is revealed to have elements of male anatomy.

How one organization helps Jews honor and comfort the dead. 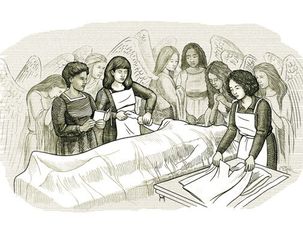 Thousands of souls crowd the large, airy space, their attention riveted to the actions of four women leaning over a gurney at the center of the hall. In silence, the women tenderly disrobe the body lying under a sheet. Their reverence for the task shows in the beauty and economy of their hand movements, in their gentle touch and in their concern for the modesty of the meitah (the female deceased). The women unfurl a sheet. When held aloft, the cloth is revealed to be a hupah, a canopy under which a woman is married. 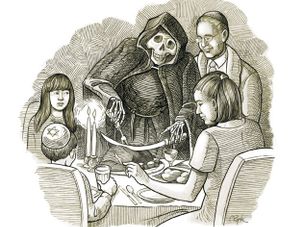 Your Father Is Dead and My Pot Roast Is Ruined

There is a moment directly after a loved one’s death when thought and action cease. It’s an instant of dissociation from everything before the tragedy, and everything that will follow. The hit HBO television show “Six Feet Under” took advantage of that moment once a week for five seasons to educate viewers about death and preparation for burial in a dramatic and entertaining way. As I watched the first season of the show in 2001, it seemed to me that rather than selling products, these weekly lessons about dying were meant to enhance the viewer’s life. I am accustomed to thinking of television as an ethical wasteland, and of Torah — not television — as the weekly lessons meant to enhance my Jewish life. This show seemed to bridge the gap.