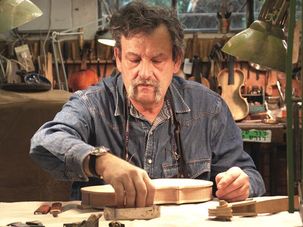 Soon after landing in Tel Aviv a few years ago, I found myself in the atelier of Amnon Weinstein, a renowned violin maker on Shlomo Hamelech Street. I had come to Israel in search of Jewish partisans, those exceptional individuals who had not only risen up against Hitler in Eastern Europe, but also, soon afterward, had defended an Israeli state struggling for life. Weinstein, as it happens, married into partisan royalty: His wife, Asaela — or Assi, as she is known — is the daughter of Asael Bielski, the second of the three Bielski brothers (made famous by Edward Zwick’s recent film “Defiance”) who saved 1,200 Jews in the occupied Soviet Union during World War II.