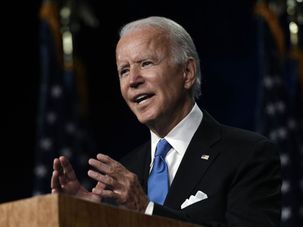 Biden has proven that he is committed to Israel’s security, and under Biden, bipartisan support for Israel will increase and flourish.

A devastating hurricane rips through a southern state. There is no power, water or ice. The poor and the elderly are hardest hit and most forgotten. Sewage overflows into the streets. Federal officials struggle to establish supply routes for life-sustaining aid.I could be describing the catastrophic effects of Hurricane Katrina. I also could

Two years ago, President Bush told a large audience in Cincinnati that “America must not ignore the threat gathering against us. Facing clear evidence of peril, we cannot wait for the final proof — the smoking gun — that could come in the form of a mushroom cloud.”For months leading up to the Iraq war, Bush administration officials