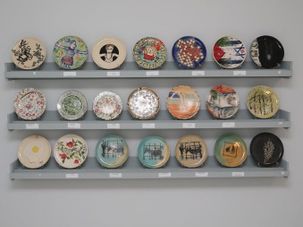 Israel’s Umm el-Fahem is part art gallery, part social service center. Known for its contemporary Arab art, it is committed to improving the lives of its 50,000 neighbors, most of whom live in poverty.

One Born Every Minute

Nobody likes to be a sucker, but call an Israeli man a freier and you insult him to the core. Not only should he have gotten a better deal, you imply, but he has betrayed the cardinal rules of Israeli masculinity: don’t play by the rules and never let someone outsmart you. Being a freier in Israel is like being a coward in Sparta.