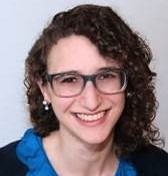 Rabbi Yael Rapport has been the Assistant Rabbi at Congregation Beit Simchat Torah since 2016. At CBST she teaches, preaches, leads ritual life, and engages in pastoral care. Rabbi Rapport was ordained by the Reform Movement at HUC-JIR NYC in 2015. Before joining the clergy team at CBST, she was a Chaplain Resident in the Mount Sinai Health System at Mount Sinai Beth Israel focusing on inpatient and outpatient oncology and the Gender Affirmation Surgical Unit. Since growing up in the South, Rabbi Rapport has lived in the Northeast, the Middle East, and Out West. For the last seven years she has lived in New York City and worked in a variety of settings, from hospitals, to synagogues, from college campuses, to yoga studios and publishing houses. She is a graduate of Brandeis University with a double degree in Near Eastern and Judaic studies and Fine Arts: Art History, (summa cum laude and Phi Beta Kappa). She has spent significant time in Israel and has studied at University of Haifa. 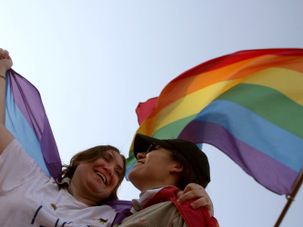 Two straight rabbis of the largest LGBTQ synagogue in the world offer advice for how Jewish communities can support LGBTQ persons in their midst.