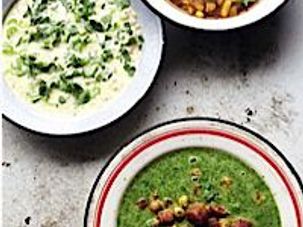 Yemini Jews, who set up simple eateries in Israel after settling there in the 1950s, are famous for their soups and stews, skillfully using bones, cheap cuts of meat and various spices to get a real intensity of flavor. This particular soup is what we cook to brighten up a dreary winter’s night. It is fantastic! If you like, consider adding ground cinnamon as Aleppian Jews do in a very similar soup. A few marrow bones won’t go amiss either.