‘So, President Trump, when did you stop beating your wives?”

Sounds like a trick question, but actually it’s a Turkic question. A century ago, Tāztı Çeksmikz, the Turkish general infamous for long-winded speeches and insisting on moustaches as part of the military uniform, was so disliked by his soldiers that they referred to him initially as Commander Hot Air, and then, simply, General Fart.

He was so uxorious that any mention of his three wives would set him talking, and the quest was devised to find a question that would prompt an answer so long that it would delay manoeuvres. However, the general’s love of military drills almost equalled his passion for his wives, and his soldiers turned to ever-more elaborate conversational gambits.

Initial logic puzzles such as “Only a liar says that he isn’t,” failed to work, as did simple elucidatories like, “So, tell me about your wives.” But a wily corporal from Cyprus (a Larnacan libertine reputed to have also put the trick in tantric) threaded the elusive conversational needle. The bewhiskered general’s epic and defensive dithyrambs in reply won a crucial day off, and the corporal’s clever query became the classic loaded question, in Turkish, English and many European languages.

And Trump — or Drumpf as his immigrant German grandparents spelled it — has two sets of meanings. The first set we recognize as coming from “triumph” and its cognates give us the playing cards sense of “trump.”

The second set of meanings comes onomatopoeically from “trumpet” and means “trumpet blast.” During the internecine conflicts that rent Bavaria, the trumpet was a martial instrument, signaling triumph. However, by the bawdier days of the mid-18th century — when birth records first show evidence of the Drumpf family — the meaning shifted, and the word was popular in its more ribald usage, namely, “to fart.”

It was thanks to this association that Queen Victoria (an amateur German etymologist of limited talent but persistent effort) proposed to ban the trumpet from public ceremonies and concerts, considering it a “dirty instrument.

When the Drumpf family evolved into the American Trumps, they yearned for respectability. Though occasionally pretending to be Swedish, the Donald’s middle name – John – would appear to be a bid for anglicized respectability. His father Fred Trump, a real estate developer, first made his millions by bringing tenement dwellers to the outer boroughs. So grateful was he for his good fortune that he bequeathed his fourth son with a middle name that paid homage to the modest home utility that, more than any other, seemed to attract new tenants from communally-water-closeted tenements to extensively plumbed semi-detached palaces — namely, the john.

And that provides one more connection between the would-be president and the moustachioed commandant, for despite Çeksmikz’s penchant for military decorum, his life came to an undecorous end during the uprising of the Young Turks, as the soldiers of his command drowned him in a toilet. 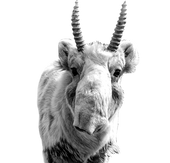