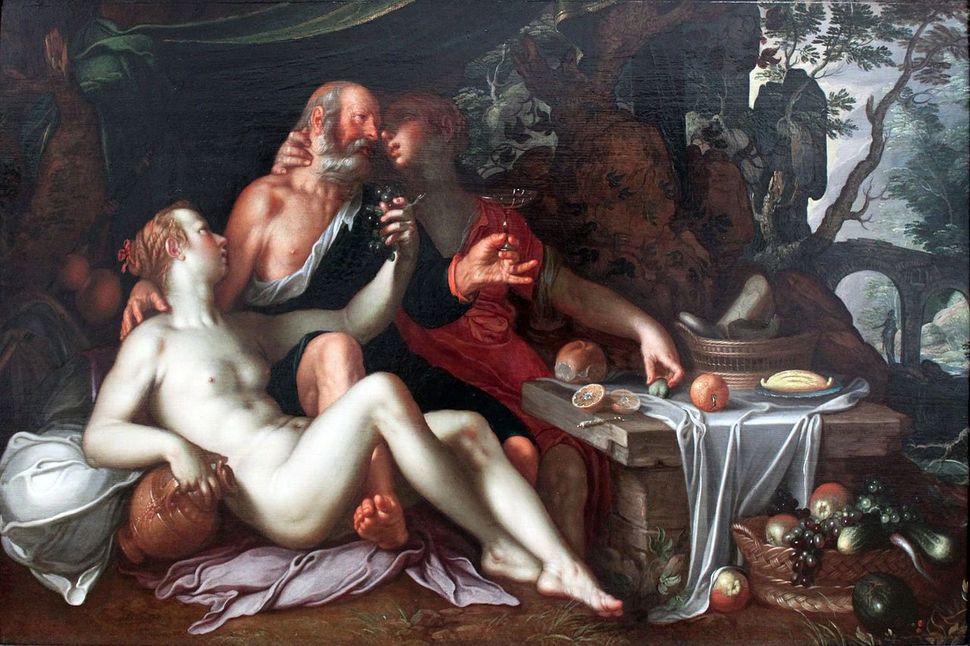 I am responding in this series to frequently asked questions about some gender-bending translations of Torah texts I have proposed in a few articles since 2008, and in an Op-Ed in The New York Times, “Is God Transgender?” (August 12, 2016).

Frequently Asked Question: Your translation of Genesis 9:21 has Noah repair to “her” tent after the Flood. This makes no sense. Look at the context. The line is clearly speaking about Noah, and so it must mean “his tent.” The Hebrew word spelled alef – heh – lamed – heh may look like “her tent” (because it ends with a final letter heh) but more likely it is just an older form or a regional variant of “his tent.” Indeed, the medieval scholars known as the Masoretes indicated that – in spite of what is written – the word is to be pronounced ohalo, “his tent.” Or perhaps the Masoretes were wrong and Noah repaired to an unnamed female’s tent. Or perhaps it is a scribal error.

Response: Yes, it is entirely reasonable that alef – heh – lamed – heh was an early form which at one time did mean “his tent.” In that case, the final letter heh would not have been treated like a vowel but as a true consonant, and the word might have been pronounced something like ohalehu rather than ohalah. We see this form in connection with a few other males in the Torah: Abram at Genesis 12:8, and Israel at Genesis 35:21. But we know that in time the pronunciation changed to ohalo and the normative spelling to alef – heh – lamed – vov. And it is clear that the Redactor knows the “modern” spelling (with the unambiguously masculine suffix letter vov) because the Redactor uses it, for instance, at Genesis 26:25, Exodus 33:8, Leviticus 14:8, and Numbers 11:10. As the mid- and late-twentieth century Bible scholars Cassuto and Whybray would ask, why did the Redactor not use the “modern” spelling consistently? Yes, languages evolve over time (the word “fond” once meant “foolish;” “owe” meant “own;” “awful” meant “awesome.”) And yes, older and newer suffix forms might appear in the same work because of multiple redactions over many years. But the Redactor’s decision to allow these few, anomalous instances of alef – heh – lamed – heh to remain seems intentional. The spelling is much too suggestive of the feminine, and would have been to the readers of the Redactor’s text. (Ezekiel 23:4 adds a further layer of meaning, declaring ohalah a decidedly feminine substitute name for “Samaria”).

The Redactor could have easily updated the spelling – which would have precluded any ambiguous reading – but chose not to do so. Why? I assume that by the time of the Redactor alef – heh – lamed – heh had come to mean “her tent” and that the Redactor used this spelling intentionally to refer to Noah in a way which hints to a subterranean meaning: by using gender-ambiguous language to refer to Noah (and to other human beings) the Torah is reminding “the one in the know” (ha mayvin) of YHWH’s “dual-gendered” nature.

As for the possibility that “her tent” at Genesis 9:21 refers to some unnamed female, no woman is mentioned in all of Chapter 9. We would have to go back to Genesis 8:18 to find a reference to a woman. So it can’t be that. The word alef – heh – lamed – heh refers to Noah.

As for scribal error, that is always a possibility. But it’s hard to imagine a scribe intending to write the simply shaped letter vov, and ending up with the more complexly shaped letter heh. Moreover, “scribal error” should be reserved as an explanation of last resort, even though Rashi himself resorted to it from time to time. But consider: Rashi was forced to conclude that the second word of the Torah might be a scribal error. The second word of the Torah! That alone should tell us something. It beggars belief that Jewish scribes, just embarking on their sacred task of scribing a holy Sefer Torah, would have erred so carelessly. But what’s the alternative? The alternative is that Torah, for some reason, is laced through from beginning to end with intentional errors. The reason? To grab our attention and to stimulate our wonder.

Ma nora! How awesome (as that Hebrew word once meant) is that!

Next time: Was Rebecca a “young man?”