A New Way Of Teaching The Holocaust in Holland? Stepping Inside. 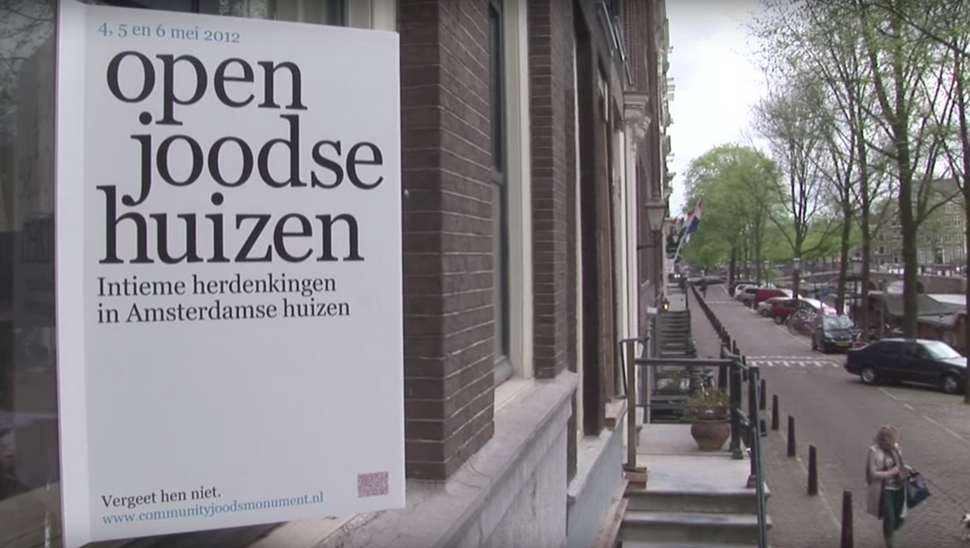 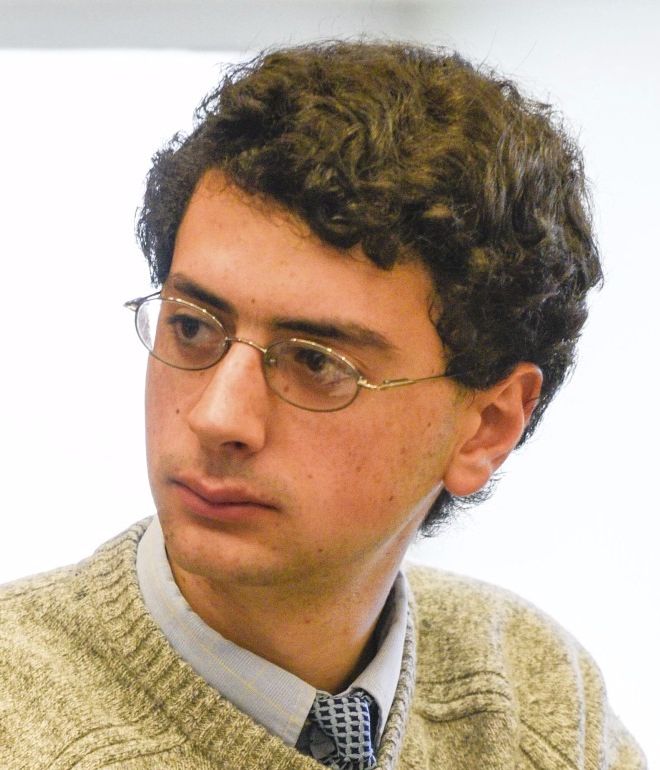 Open Jewish Houses, a project of the Jewish Historical Museum in Amsterdam and the brainchild of Denise Citroen, was founded as a pop-up project in Amsterdam neighborhoods in 2012. The goal: bring Dutch visitors into houses once inhabited by Jews before the Second World War, with an eye toward personalizing the stories and making them relevant to audiences of widely varying backgrounds and ages. Today, with over 250 meetings across the Netherlands in more than a dozen cities, and similar projects being started elsewhere in Europe, the project has evolved into a unique form of active remembrance, creating connections and reviving an awareness of Jewish life.

One day in the late 1990s, Denise Citroen answered a knock at the door to find an Israeli family on the steps of her Amsterdam home. The house, the Israelis explained, had been designed and built in 1930 by a Jewish architect – their father – before the family left the Netherlands for Mandatory Palestine shortly after the Second World War. Would she, they wondered, be willing to let them have a look inside?

Citroen was “overwhelmed with joy” at the request. As she explains over coffee when we meet in the Plantagebuurt neighborhood, in the former heart of Jewish Amsterdam, that chance encounter formed the basis for the project that would become Open Joodse Huizen (Open Jewish Houses). Following the Israelis’ visit, Citroen wondered how many other houses in Amsterdam contained such still-untold stories. Soon after, she began a pilot program in her neighborhood, asking if residents would be willing to research and recount the stories of the previous Jewish inhabitants of their homes for the neighborhood magazine. The success of the local initiative – 13 houses shared their tales in the series – inspired Citroen to view the ‘house stories’ as more than local interest pieces. Instead, she saw their potential as an innovative way of facilitating public interaction with the complex story of Dutch Jewry.

As Citroen explains, Amsterdam alone has over 20,000 homes that housed Jews at the start of the Second World War. Most were subsequently vacated as Jews either went into hiding or were deported. Those few who returned – the Netherlands had among the lowest survival rates in Western Europe – found their homes taken over by non-Jews who had purchased the ‘vacant’ homes in legal arrangements facilitated by the German occupying authority and local councils.

Working with the city’s Jewish Historical Museum, Citroen developed the idea for a broader program that would offer residents of houses formerly inhabited by Jews the chance to research the history of the building and its former occupants, and then invite the public into their homes. Unlike existing research projects, the initiative – given the name Open Jewish Houses – is designed to make the stories of former inhabitants personal and relevant by combining them with the historical research and lives of current residents. In 2012, the project’s first year, twenty three homes opened their doors.

In the six years since, Open Jewish Houses has provided an opportunity for exploration of both the past and present stories of thousands of these homes in the form of small, local gatherings, timing the events to correspond with the annual May national day of remembrance in the Netherlands. Residents, neighbors, or family members take twenty minutes to explain the history of the home, its former inhabitants, and their connection to them. Another twenty minutes are then set aside for open question-and-answer with the audience, allowing attendees and hosts alike to offer memories of former inhabitants, share experiences, and participate in a collective act of remembering.

Though the gatherings benefit from a national model, the specific gatherings across the country are organized by local committees and staffed by volunteers. This grassroots structure keeps the events tied to people and places in the dozens of communities hosting OJH gatherings, often bringing local historical committees and amateur researchers into the process. Residents and visitors alike are encouraged to make connections as personal as possible. Central to the philosophy of the project, Citroen explains, is the role of the house itself as a facilitator of sorts, because “location is a link between the past and now, and former and present inhabitants, in a very natural way.”

Though the Holocaust features prominently in most stories, Citroen emphasizes that OJH specifically aims to refocus attention onto the individual lives of the Jewish residents before, and not merely during, the occupation. And the intimate, informal setting, she says, allows for organic conversations and frank exchanges “so strong that more can be discussed.”

This personalizing aspect of the Open Jewish Houses model marks a departure from traditional methods of Holocaust education in the Netherlands, moving the focus from monuments and statues to specific, personal narratives. Education in schools and the public sphere, when it occurs, frequently focuses on well-told stories like that of Anne Frank. Understanding of the Holocaust often assumes an archetypal status that distances, rather than humanizes, the Dutch Jewish past in collective imaginings. As a result, Citroen says, people “don’t know how to talk about Jews normally.” The OJH approach aims to refocus attention on individual stories, bringing them “from myth to memory” in a way that makes engagement with the past accessible for Jews and non-Jews alike.

The novelty of Open Jewish Houses is further highlighted by the recent growth of fixed Holocaust memorials in the Netherlands. Our seat by the café window looks out onto the Hollandse Schouwburg, a former theater converted into a deportation center during the Second World War. Now, the Schouwburg has been converted into a memorial under the auspices of the Jewish Cultural Quarter, like the recently-opened National Holocaust Museum across the street. Plans have been developed for the construction of an independent National Holocaust Memorial in Amsterdam, designed by Polish-American architect Daniel Libeskind.

The contrast between the OJH approach and such static projects is one Citroen embraces. Unlike the memorials, she notes, Open Joodse Huizen is focused on turning each house into a “monument in time, not stone.” The project – “like Shabbat,” Citroen adds with a smile of familiarity – creates a space of specialness that elevates the location and creates an impromptu “temporary remembrance community” around common commitment to learning and sharing, rather than an edifice that fades over time into its surroundings. The key to the program is its value in complementing – not replacing – the more traditional approach.

Judging by Open Jewish Houses’ rapid expansion, the program’s model is a one that resonates; in 2017, around 8,000 people – Jews and non-Jews, tourists and Dutch alike – attended OJH events across the Netherlands. What does the success of OJH mean for the future of Holocaust remembrance?, I ask Citroen toward the end of our conversation. She replies, “it’s not a finished story – each generation has to find a new way of telling.”

And the key to OJH’s way of telling? “We don’t talk about genocide,” she responds. “The focus is on life.”

A New Way Of Teaching The Holocaust in Holland? Stepping Inside.