This Long-Forgotten Book Is The Key To Understanding Donald Trump 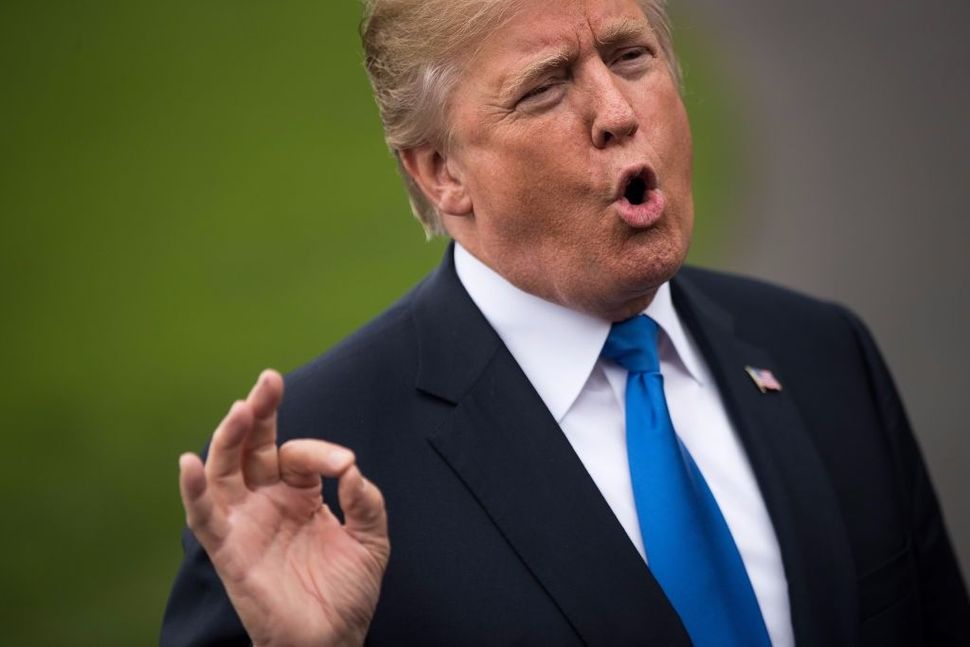 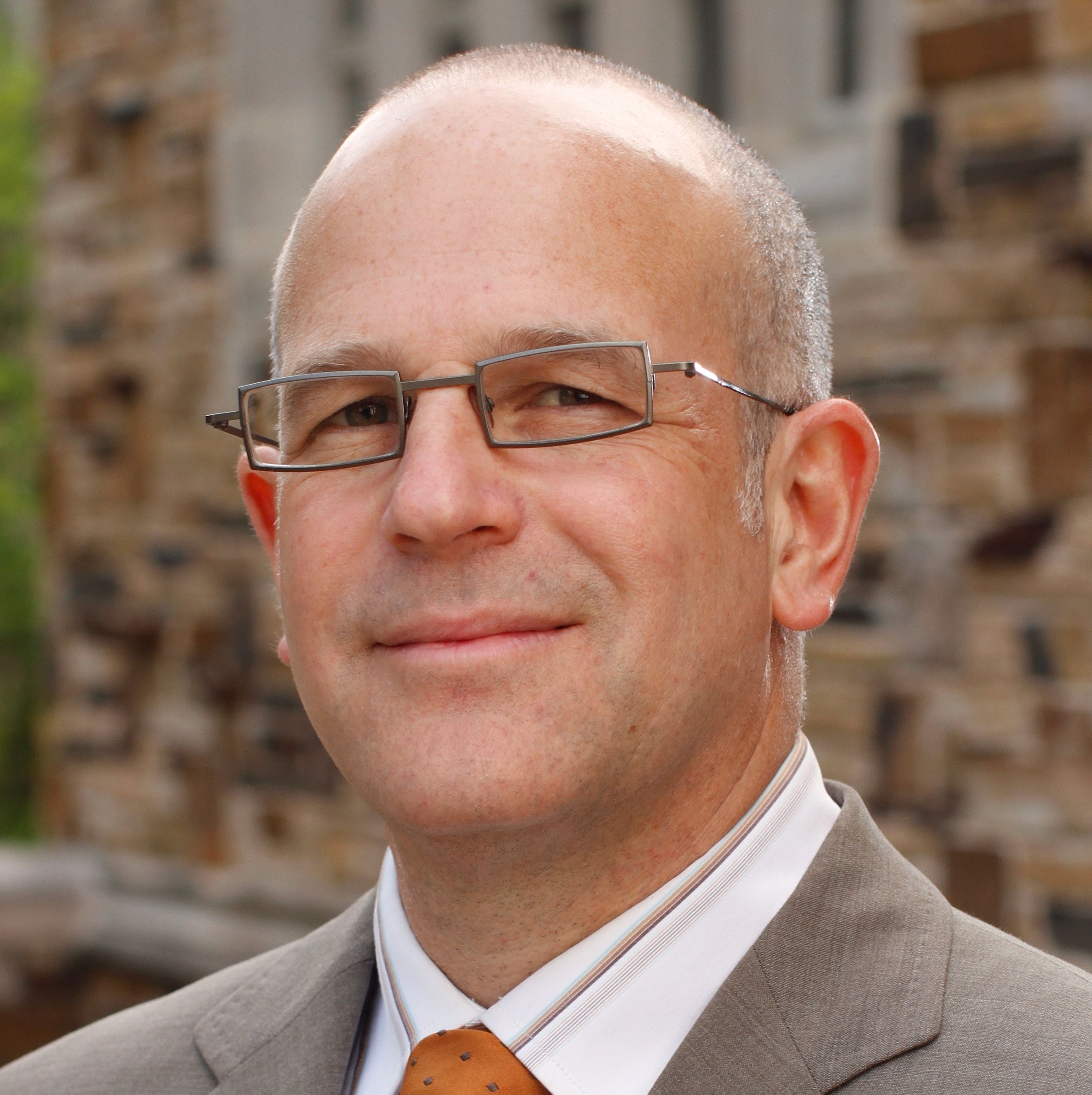 Doing research for a history of theories of anti-Semitism, I recently read a long-forgotten book published in 1949, “Prophets of Deceit: A Study of the Techniques of the American Agitator.” It decodes Donald Trump more acutely than anything published since his election. Since it is so unknown, it is different from the other titles that are recommended reading these days, like Hannah Arendt’s “The Origins of Totalitarianism” and George Orwell’s 1984.

But unlike those more abstract and literary works grounded in the European experience of fascism and totalitarianism, reading “Prophets of Deceit” locates Trump in a well-worn American tradition, since this is a rhetorical analysis of the anti-Semitic, populist American agitators of the 1930s and ’40s. It was like discovering Donald Trump’s playbook.

We all understand aspects of Trump’s appeal. But like nothing else, “Prophets of Deceit” offers an encompassing analysis. Don’t try to understand the themes of the agitator’s words by their surface content, the author’s countenance. Rather you have to demystify his “secret psychological language,” they explain. Otherwise you might “wave it aside as a kind of mania or a mere tissue of lies and nonsense.”

To plumb the manifest content of the agitator’s expressions, Lowenthal and Guterman open by distinguishing him from the reformer and the revolutionary. They explain how the agitator’s discourse differs from conservatives and liberals. This is because agitators have no specific agenda for change. They seduce by becoming ciphers for resentment and fear. If Liberals and Conservatives speak about what causes social problems and propose solutions, the key to the rhetoric of the agitator is who causes social malaise.

“Social malaise,” is a term of art that Lowenthal and Guterman borrow from sociologists. It encapsulates the objective causes of their listener’s anxiety and disillusionment, which is created by the forces of globalization. The response for many left behind or those who feel threatened is a welter of feelings of distrust and exclusion. These result in a quiver of economic, political, cultural and moral grievances. Those who suffer from malaise are desperate to sling their arrows of outrageous fortune.

The agitator is their mouthpiece and megaphone. He feigns the bravery to speak out against political correctness and to be a truth-teller. When he does so, he personifies their grievances by targeting the “ruthless enemies” of America. The agitators of the 1930s pointed to Jews, where Trump targets primarily Muslims and gangs of Mexicans. They focused on the reds, where he berates liberals. The agitators of yore decried the plutocrats of predatory capital, where he targets free trade and international agreements.

But just like the agitators of the 1930s, Trump rails about the “fake news” media, corrupt government, refugees, and dangerous foreigners. This includes foreign entanglements, which is where America First as foreign policy originated. Gerald L.K. Smith, founder of the America First Party, was one of the earlier American agitators.

“The alien,” Lowenthal and Guerman write, “is thus connected with all the disturbing aspects of contemporary life, while the nostalgic image of the ‘good old days’ suggest a pristine and uncontaminated era of security.” The scapegoated targets are many, but always powerless. Yet they are magnified to appear powerful and threatening.

Brilliantly, “Prophets of Deceit” shows how an emotional substratum of grievances is fixed onto a specific overarching conspiratorial narrative. Feelings of distrust are warranted, the agitator explains, because ordinary Americans are duped. He encourages his followers to admit that they are cheated and disillusioned. Conspiracies are stoked on the basis of this admission.

Conspiracies depend upon unverifiable accounts of anonymous social forces. They ultimately divert from attempts to explain objective social processes by providing a story of dark forces operating behind the scenes to advance their own benefits. Conspiracies appease people without the analytic tools to explicate the actual causes of their frustration.

The agitator constantly harps on elites and incessantly extols simple folk and their instincts over intellectuality. Social Darwinian to the core, he downplays dialogue and compromise; they only thwart the struggle for self-preservation, which is a central motif.

The agitator’s tale is ostensibly not only negative. He pretends to offer an alternative set of values and goals. But what is valued are not moral or political principles, but Manichean oppositions: us-versus-them values that are warranted by depicting life as shaped by inexorable conflict. Since conflict is perpetual, the military and police are celebrated. The agitator’s goals are shaped by the discourse of housecleaning and hygiene, purification and cleanliness, like “draining the swamp.” Framing the whole narrative is a pall of gloom that reinforces a constant sense of danger whose sources are ever changing.

Ultimately, the effect is to trick his audience into accepting the situation that causes their social malaise. This works because the agitator’s followers are underdogs – or individuals who are worried that their status is jeopardized – who are converted into the “watchdogs of order”: “They are invited, not to organize rational responses, but to act out their impulses.”

This is how Trump has turned American politics into his own “reality” television show broadcast nightly, offering nothing but incessant debate about the acts of the fearless leader. For his adherents, his daily provocations offer the constant discharge of their emotions and reactions. They are an unending rehearsal for violence. What they most desire is for the complexity of the world to end and for a return to bygone days when, like children, their desires will be satisfied, which the agitator ever promises.

If you seek to understand Donald Trump’s rhetoric and how and why his narrative has taken hold for a significant portion of the population, I urge you to dust off a copy of “Prophets of Deceit”.

This Long-Forgotten Book Is The Key To Understanding Donald Trump