Slain Pittsburgh Doctor Treated My HIV When No One Else Would 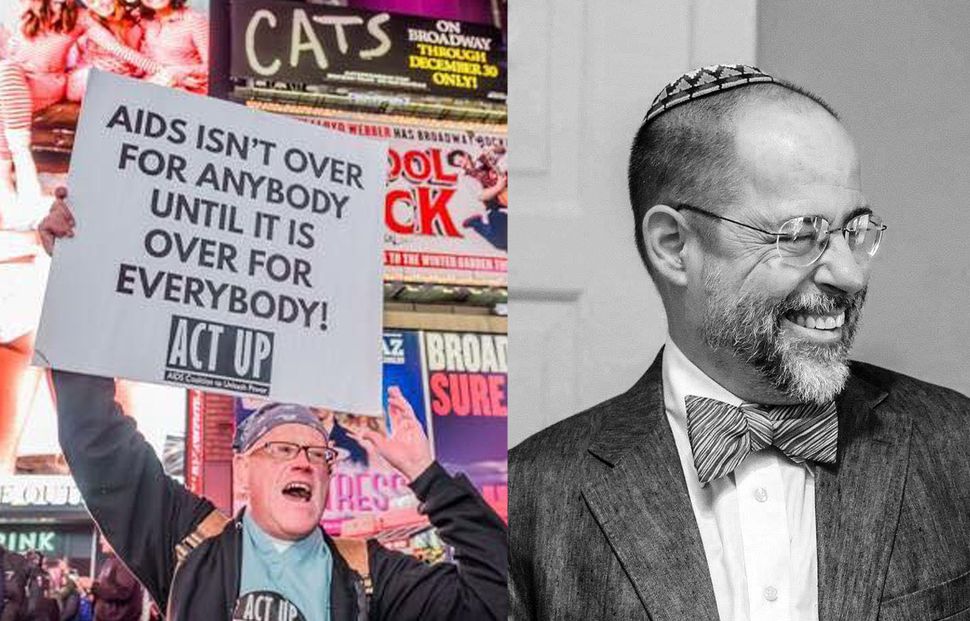 My doctor, Jerry Rabinowitz, was among those killed in the Pittsburgh Synagogue shooting on October 27, 2018. He took care of me and treated my HIV up until I left Pittsburgh for NYC in 2004.

In the old days for HIV patients in Pittsburgh, he was the doctor to go to. Before there was an effective treatment for fighting HIV itself, he was known in the community for keeping us alive the longest. He often held our hands (without rubber gloves) and always, always hugged us as we left his office.

We made a deal about my T cells. I didn’t want to know the numbers visit to visit, because I knew that I would fret with every little fluctuation, and I also knew that AZT was not working for my friends.

The deal was that he would just let me know at some point when the T cell numbers meant I needed to start on medications. The numbers were his job, and my job was to finish my master’s thesis, get a job with insurance and try to not go crazy.

I got lucky beyond words — because when he gently told me around November 1995 that it was time to begin taking medications, there was an ACTG trial for two HIV medications that saved my life. I still take one of them today.

Thanks to ACT UP, these drugs were brought into a safe but expedited research protocol.

Dr. Rabinowitiz was always there during the most terrifying and frightening time of my life. I will remember him always. He is one of my heroes, just like the early ACT UP warriors — some of whom I now call friends.

Dr. Rabinowitz had a vibrant and warm smile. During the early days and very scary times of HIV, there were times when laughter was sometimes all we had.

It’s extremely important to note that I represent just one group of the type of patients under his care. He took care of two of my bosses, my friends and their children. He was a family physician.

I can only speak for myself as his patient. But I know for certain that he has touched so many other lives in the community where he lived, served and worshiped.

Above I’ve shared a photo of myself from last year’s ACT UP NY World AIDS Day action in Times Square. This is the photo I wished I had sent Dr. Rabinowitz last year when I sat down to write him a letter to tell him about how my life was finally going to be ok.

I never did send that letter. But I know he’d grin ear to ear and be thrilled of my health and long-term survival living with HIV/AIDS.

In a way, I was a test case for him, because I know for there were several patients he had who died before me. I was just lucky, because when it was time for him to nudge me into treatment, the work of my fellow activists from ACT UP — especially of women like Terri Wilder, who never get the credit they deserve — was gaining momentum. The protease inhibitors came to market!

During my time as Dr. Rabinowitz’s patient in Pittsburgh, and even in 2004 when I moved to NYC, I lived in constant fear, although my viral load was undetectable and my T cells high and stable. I always kept waiting for something to happen. It wasn’t until 2012 in NYC that I let myself believe the medications were really going to work. I then really began for the first time to face the fears I’d been running from all those years.

HIV/AIDS was not going to take me out. The studies were clear — I could live a near normal life expectancy. There’s no reason to be afraid anymore and hide.

That was my personal and emotional breakthrough period about 6 years ago soon after I joined ACT UP NY. It was because I knew I had to give back to the organization — for the brothers and especially the amazing sisters who fought so long and hard so that when it was time for me to begin treatment. Because of them, there were safe and effective options. ACT UP saved my life.

When I read “How To Survive A Plague,” which chronicles the epidemic, it reveals a timeline of horrible events in my life. I mark the pages of this book and remember where I was in Pittsburgh at the time and exactly how ACT UP members did what they did to make treatment regimens become available.

I can now sit down to dinner with people like Peter Staley (well chronicled in that book) and fellow activists like Terri Wilder (who in her professional life ensures state of the art medical treatment guidelines go statewide in NY and indeed worldwide), and I so wish Dr. Rabinowitz could see me thriving.

So yes, I desperately wish I had sent that thank you letter explaining my survival along with a photo of me in action so I could then call him up and hear him chuckle and tell me, “take care my friend” one last time.

I can imagine him now looking at my picture yelling that the war on AIDS is still not over until it’s over for everyone.

Michael Kerr is a volunteer at ACT UP New York.

Slain Pittsburgh Doctor Treated My HIV When No One Else Would