On the internet, no one knows if you’re atoning 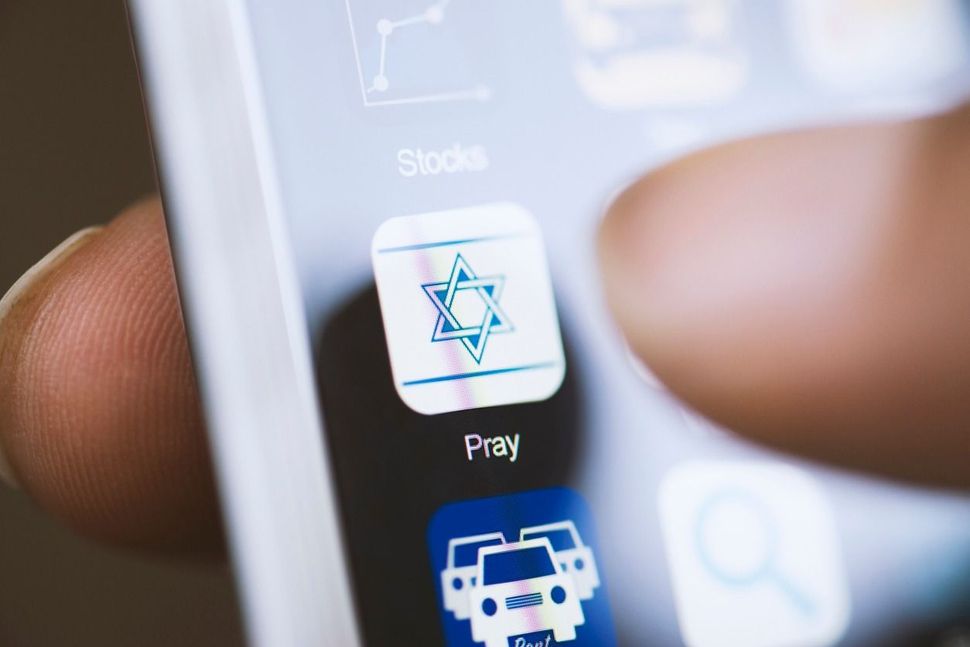 “Isn’t that Franny from Fire Island?” my husband asked as a well-dressed woman stepped up to the bimah to greet the rabbi. I looked closer. Indeed it was Franny, looking great. “Just please don’t tell me that you don’t recognize her with her clothes on,” I said, before he could.

That nasty beach joke was older than Jack Benny. What was new was that we were watching Franny get her Yom Kippur synagogue honor on our laptop, via livestream.

This was Yom Kippur 2019 B.C.E. (Before the Covid Era). Before I and every other Jew in the world had participated in Zoom Shivas, Zoom Mitzvahs, Zoom Seders and the rest. Like some kind of prescient time traveler, my husband and I observed last year’s Yom of all Yoms virtually, and as we approach these Covid-Era High Holidays, I have a suggestion or two to help enhance the experience.

First let me explain how I came to star in my own personal Back to the Future observance. It was, of course, not a pandemic that kept me from the pews, but inertia caused by an emotional brew of recent grief and long standing ambivalence.

Last year was my first Jewish New Year year after the death of both of my parents. It was a time for reflection about loss, a time to think about my complicated Jewish identity, and yes, a time for shul-shopping. Instead of organizing holidays around my mother and father, as I had always done, I now had the opportunity to choose my own synagogue. I was not driven by a need to pray, but a desire for continuity and community.

Which meant I had to answer the question: where did I belong?

For Rosh Hashanah, we attended a nearby synagogue at the invitation of a friend. Then for Kol Nidre, I cooked a vat of soup and matzo balls, braised the supersized brisket, and went with my family to a different service near our home in Manhattan.

Neither place felt right. So the next morning, I decided to find a service online. As the digital pioneer who built nfl.com and streamed the Super Bowl in 1995, I knew a thing or two about technology and live events. Now, I figured I could find a way to do my atoning in jeans and a sweatshirt instead of pantyhose and a suit, with no need to whisper or stifle a laugh or a yawn or a sob.

I was a bit embarrassed to share this experience publicly last year, lest I invite disapproval of my unorthodox choice. But that was B.C.E. Now, after months of turning to Zoom as the default way to share and communicate, it all seems almost…normal.

Even back then, there were already a few livestreams for the holidays. I quickly compiled a list of links that included some I’d heard of, plus a few random hints from Google. I was agnostic as to denomination, so my list included Conservative, Reform, and Reconstructionist — I figured the Orthodox did not stream given the prohibition against electricity on the holiday. I stuck to New York-based sites: perhaps, I thought, I would find the synagogue of my dreams right in my own neighborhood.

And so I clicked my way through the long day of davening.

Call me superficial, but I found that spiritual uplift came faster when presented with good production values.

It helped when the scene did not look like a converted high-school gym and the ark did not look like it fell off a Home Depot truck. I had little patience for terrible sound systems and dismal lighting. In one synagogue, every time someone moved a chair along the wooden floor, the screech competed with the prayers; then again the rabbi’s voice was as bad as the screech.) Some videos were so dark that the light from the bimah turned the clergy into spectral presences.

I was dreading yizkor, longing for the days when my mother would order me out of the women’s section of the sanctuary, her eyes already moist in preparation for the memorial service. So it was with some relief that by then, my surfing was over: I had found a service that was congenial, inspiring, downright heimische.

What made Park Avenue Synagogue the one for me?

First, someone media-savvy was paying attention to the invisible audience. There was more than one camera position, and as it switched between the bimah and the packed hall, it gave the remote audience a sense of participation and immediacy. The interior itself was magnificent, a well-lit synagogue stage from central casting.

And, best of all, the service resonated with me intellectually and emotionally. I was captivated by the lively, warm banter between the rabbi and the cantor, whose mutual affection and respect came right through the screen. I cried more than once at the soaring music.

I am confident that the Jewish New Year 5781 will ring in many more creative digital solutions. Last year, streaming video was probably an afterthought, maybe even a gimmick intended to reach new audiences at a time when every physical seat would be sold. This year, at least in non-Orthodox congregations, remote services will be essential because most people will be watching from home.

With these larger audiences, synagogues might want to do some trial runs with congregants, to keep problems to a minimum during the live services. Who wants to call tech support during the vidui? We may also see interesting hybrid strategies — Cong. Rodeph Sholom, on the Upper West Side of Manhattan, is offering to book time slots for those who want to limit their overall in-person attendance but still show up for a private moment in front of the ark.

Some synagogues are limiting their online audience to current members in the name of cybersecurity, an unnecessary and unfortunate trend. As the ADL and others have reported, there are many other ways to protect from Zoombombing and unwelcome guests.

Livestreaming is not a scarce commodity like seats in the auditorium. This is a moment to welcome new prospective congregants, to expand and experiment with building community in new ways. Synagogues can go beyond last year’s one-way formats by adding interactivity to deepen the audience engagement. Zoom rooms or streaming on Facebook, Twitter, or YouTube can handle a nearly infinite number of participants and support any amount of backchannel kibitzing.

None of these are expensive technologies, by the way. But they do require planning and some dedicated creativity and support. Last year I used my own timeworn machzor; this year I am delighted to see that many synagogues are already offering free downloads of their preferred texts.

We’ve come a long way from the dreary services of yore, where my rebellious teenage self used to daydream about toppling the mechitzah. Or, perhaps I’ve just substituted one barrier for another, as even now, something always seems to hold me back from a synagogue membership.

What will I do this year? I’d like to promise right here and now that I will join a congregation very soon. Then again, this is not the season for vows that I may not keep. Good news is that Rosh Hashanah 2020 A.C.E. falls on a weekend. I’m thinking about pulling together some similarly-situated friends for a shtible of our own. Maybe we will meet outside. Maybe one of our neighbors will preside or maybe we will join a live online service that we choose by consensus.

Ann Kirschner is the author of Sala’s Gift and Lady at the OK Corral and a strategic advisor in media, technology, and education.

On the internet, no one knows if you’re atoning