Ignoring Jewish poverty is a sin we can’t afford 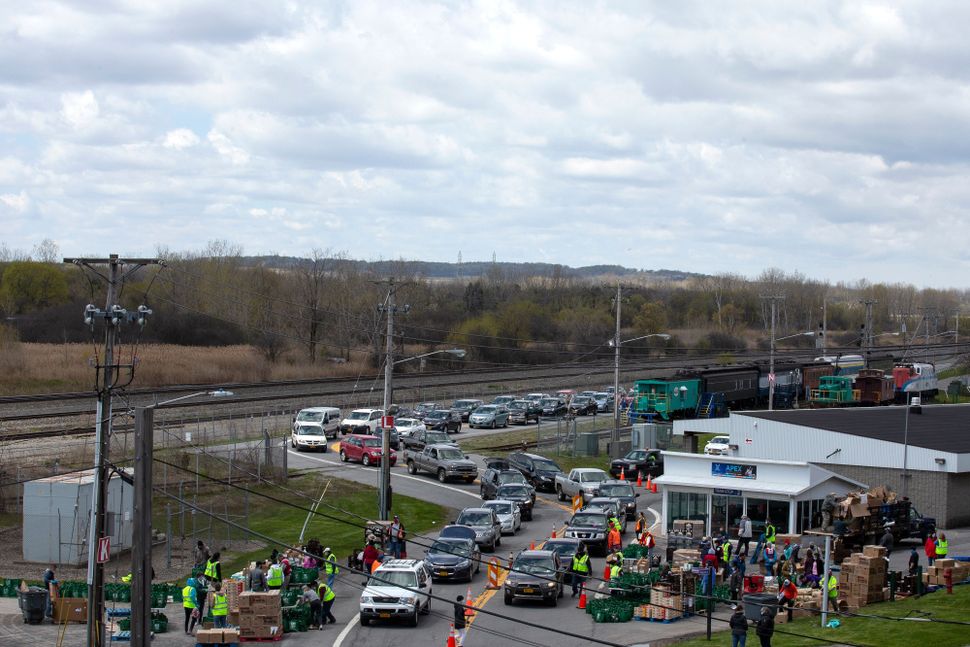 On Yom Kippur, the global Jewish community will look back on tremendous losses. Among them are loved ones, the comforts of individual and community connections, shared simchas and holidays, and a way of life driven by all of the above. But there is another loss that jeopardizes those closest to us and our collective future: growing economic insecurity among Jews and Jewish communities as a result of the economic toll of COVID-19.

We already sense it in the number of beloved Jewish causes and institutions that have folded or made painful cuts to survive an uncertain philanthropic future. These were early warnings to prepare for the further decline of our communities’ financial prospects and the need to sustain Jews who’ve become “the new poor” as the pandemic unfolds.

Data backs these concerns: Economic challenges, including unemployment, in the U.S. and Israel, are matched by worrying global financial trends. The IMF is predicting the global economy would shrink by nearly 5%; global employment losses in the second quarter of 2020 could be equivalent to the disappearance of tens of millions of full time jobs. In recent months, they’ve also forecasted an 8% economic contraction in Spain, 10% in Greece, and in Argentina, already beset by economic troubles, there is rising unemployment and increasing inflation.

Jews in these places, especially those who have become middle-class recently, are hard hit. Unemployment funds or other relief programs will not fully cover freelancers, independent contractors, and merchants, a critical mass of the workforce. Additionally, tourism and rental income that some Jewish communities and individuals rely on for their livelihoods and to support the poor and elderly has declined. The result has been the emergence of people who have never needed assistance before and are turning to their Jewish communities for support.

As leaders of the American Jewish Joint Distribution Committee, an organization that has helped Jewish communities and Israel weather numerous crises, we have learned valuable lessons about how to address this crisis. Four steps need to be taken:

First, we must acknowledge financial strife, however difficult. Many Jews have achieved widespread success in business and philanthropy. This sometimes makes poverty a condition they find hard to imagine. And yet it has always been a feature of our communities and we’ve created agencies like Jewish Family Services to meet needs.

To get beyond the discomfort rising from this tension, we need to recognize it loudly and address it head on, especially when growing numbers are experiencing it. We should also engage in efforts that strengthen the voices of those newly in need and get better at tracking real-time changes in their economic status.

Second, we must reinforce the centrality of the Jewish community in solving this challenge.

It’s no surprise that people turn to the Jewish community when facing economic need. They come to us in the best of times and believe they can do so when life is hardest. They assume our collective values – mainly arevut (mutual responsibility among Jews) and tikkun olam (repair of a broken world) – will ensure Jewish communities provide aid with dignity and respect.

So we need to strengthen community outreach and remind folks we’re here for them.

Playing this role leads to surprising results and new relevance: deepening and growing engagement with the community, even among the unaffiliated; new or increased donations and matching efforts from Jewish philanthropists eager to aid fellow Jews; and impactful solutions leveraging existing social services.

Third, we need to partner for success. In an era of shrinking budgets and an urgent need to share resources, knowledge, and expertise, we need to build coalitions to help those in need.

Responding to the current situation, we’ve been leading a consortium of mostly-European philanthropic leaders and foundation partners – including the Ronald S. Lauder Foundation, the Maurice and Vivienne Wohl Philanthropic Foundation, Maimonides Fund, and the Genesis Philanthropy Group — and Jewish communities worldwide in providing emergency assistance for food, medicine, rent, and supplementary income. We’re helping close to 1,600 Jewish households, impacting an estimated 6,000 people in 11 countries in Europe, including Bulgaria, Estonia, Hungary, Italy, Greece, and Bosnia, as well as Jews in Morocco, Tunisia, and Argentina.

Finally, we must leverage this partnership model to address other challenges, including the financial viability of our communal infrastructures. This paradigm is especially critical as post-COVID Jewish life will require transformations in how organizations and communities operate, gather people for prayer and programming, and continue to meet social service, cultural, educational, and identity-building needs.

There have been promising developments in this area around day schools and summer camps, both in Europe and America, and we should leverage learnings from them for other institutions that anchor Jewsh life and identity.

Jews around the world today are relying on their communities to ensure that 5781, and the years that follow, are hopeful and filled with opportunity. Stronger community economic preparedness, building of collective resilience capacities for future crises, and forging stronger connections between Jews and their local communities is the formula for achieving that.

For the sin we might commit in being too slow to address the poverty around us, there is much we can do to make amends.

Ignoring Jewish poverty is a sin we can’t afford