An Eloquent Meditation on Memory 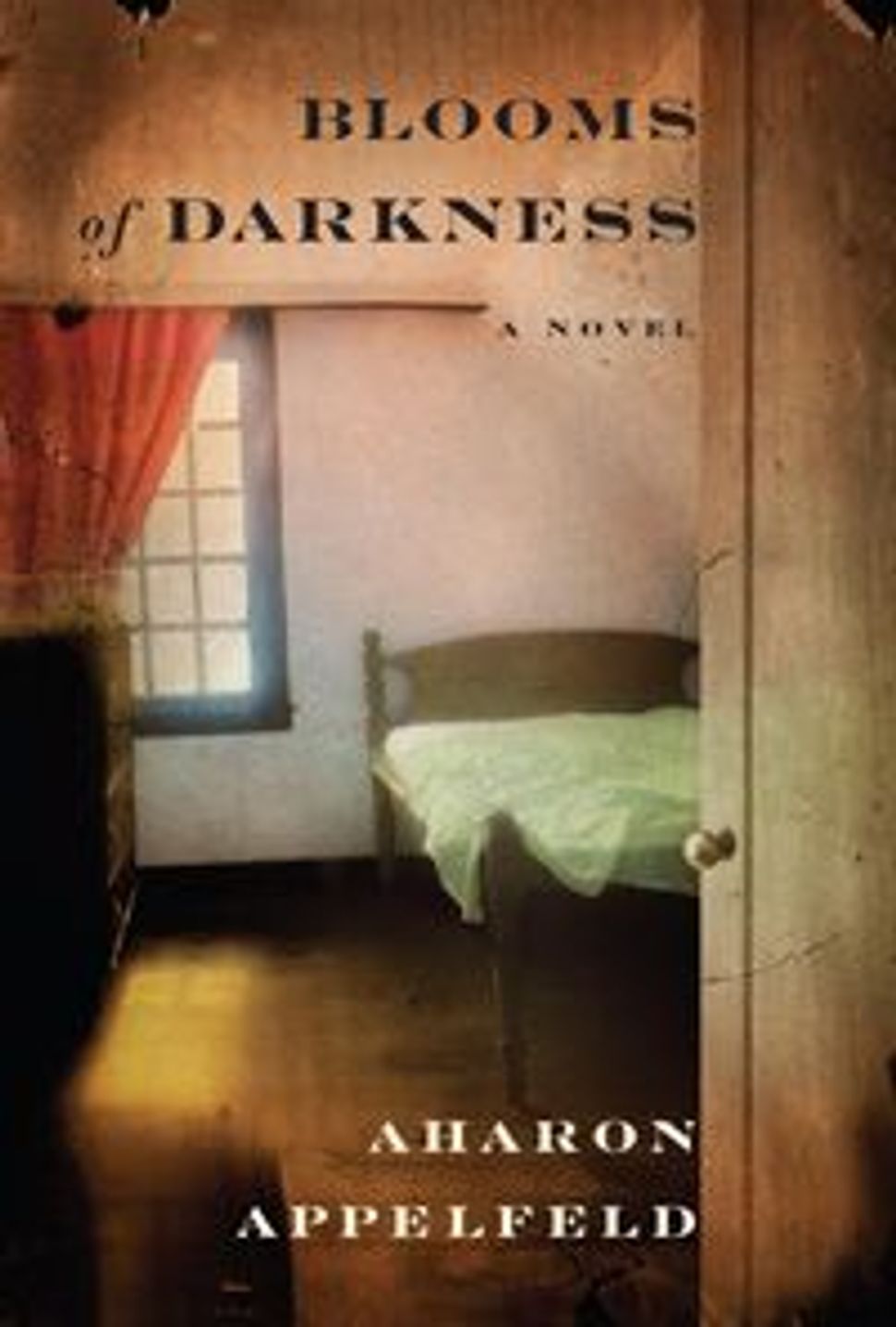 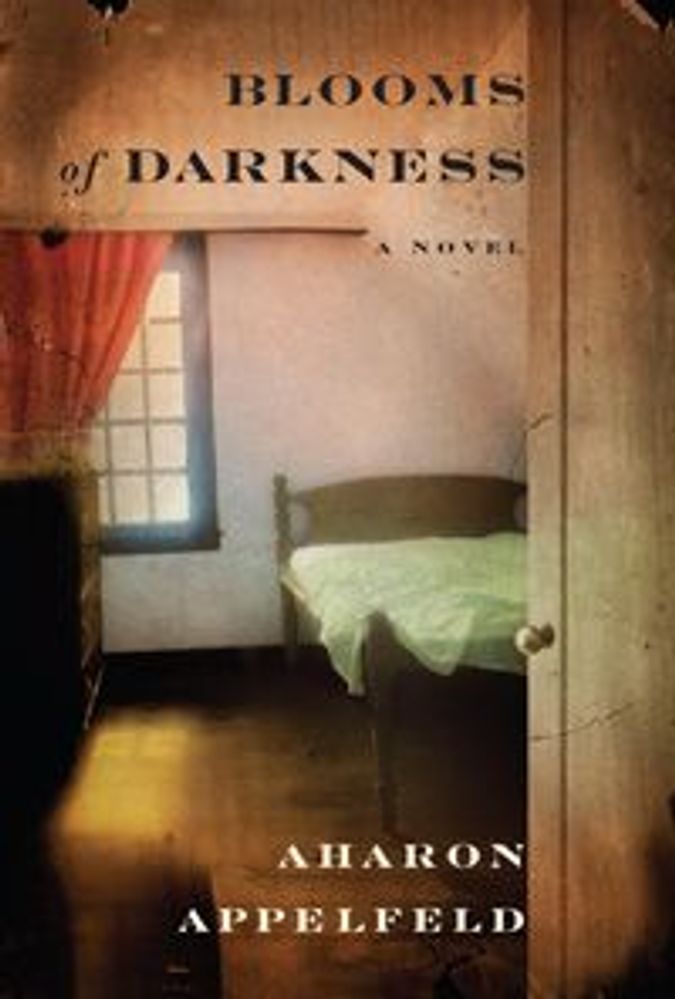 Aharon Appelfeld has earned an esteemed, if lonely, reputation for himself as Israel’s writer of the Nazi and pre-Nazi era. This landscape and its immediate aftermath form his near-exclusive literary topography. As a result, he is more often compared to Central European Jewish writers such as Franz Kafka than to Israeli writers of his generation. Within the limitations of this milieu though, he has been astonishingly prolific. His more than 30 works of fiction and nonfiction, including the classic early work “Badenheim 1939” and a late powerful memoir, “The Story of a Life” (2006), have brought him justifiable acclaim for the searing language he uses to explore the effects of absence, silence, and the scars of memory.

Born in Czernowitz, Romania, Appelfeld was only 7 years old when the Nazis occupied the town, and he has said that he recalls little of his own experiences during the Holocaust (“Everything that happened is imprinted within my body and not within my memory. The cells of my body… remember more than my mind”). Hence, it seems apt that the inner lives of young people, especially as they move from naiveté into tragic awareness, are so often brilliantly investigated in his works.

Notwithstanding its foreboding title, “Blooms of Darkness” (published in Hebrew as “Pirkhei Ha’afeilah”) is a far livelier narrative than Appelfeld’s novel of last year, “Laish.” Unlike “Laish,” whose monotonous landscape and underdeveloped characters prevented the story of a Jewish caravan winding its way through the unwelcoming countryside of Eastern Europe from coming fully to life, the short, lively chapters of “Blooms” present indelible vignettes of fear, love, and desire as experienced by a tremendously appealing and complex young protagonist.

We first meet 11-year-old Hugo in the final days of the unidentified ghetto as he struggles to adjust to a bewildering, terrifying life of “actions” and “labor brigades sent to unknown destinations” that has already swept up his father. In this time of emergency, his mother refrains from answering his many questions and he learns “to listen instead to the silence between the words.” Sometimes, she distracts him with biblical stories and Hugo becomes preoccupied by the binding of Isaac, visualizing the ram trailing behind Abraham and his son, “its head down, as if it knew its fate.”

As the transports rapidly thin the ghetto population of children and old people, an aunt assures the family that her Ukrainian boyfriend will shelter them — until suddenly she, too, is arrested and deported. Hope fades. A few of Hugo’s friends are taken away at night by peasants to be sheltered in the mountains, but when nobody arrives for him, his mother turns in desperation to Mariana, a Christian friend from her girlhood who has fallen on very hard times. Now a resident of the town brothel, she sells her body to support her ailing mother. Most of her nights are spent with her clientele, German soldiers, and by day Mariana is often so self-absorbed that Hugo’s presence and physical needs are altogether forgotten.

As for Hugo, when he first surveys his host’s closet, in which he will eventually spend many long hours (tormented by apocalyptic visions of what might be happening in the outside world), he innocently concludes from the evidence of her gaudy clothing and colorful hats that Mariana must be a kind of magician or circus performer: “At night she entertains the audience…and in the daytime she sleeps. He… imagines her uttering bird calls, throwing balls up very high and, with marvelous balance, carrying three brightly colored bottles on her head.”

For 18 precarious months, Hugo is largely confined to Mariana’s closet, with occasional daytime forays into her bedroom whenever clients are absent (for a long time, he isn’t even aware that he is living inside a brothel, let alone what that might mean). As a result, he frequently takes solace in daydreams. He fantasizes about reuniting with two beloved friends, and he calls up vivid memories of idyllic vacations with his parents in the Carpathian Mountains. Such scenes provide this hidden child with aching reminders of the unseen world’s natural beauty: “The autumn lay on the earth in a myriad of hues, and they would step slowly, so as not to destroy the big leaves that floated in bright colors.” From Hugo’s fleeting memories, we glean that his parents were beloved figures in the community, practically running their pharmacy as if it were a charitable institution, refusing no one. But though he struggles valiantly to conjure up every detail of their generous lives, they begin to fade away.

In the final wintry weeks of the war, Hugo is permitted to emerge from Mariana’s closet and to spend his days in the company of the other prostitutes. But the women are terrified by the knowledge that they will soon face terrible reprisals for their relations with the German soldiers, and they abandon the brothel. As reports reach them of the Russians’ imminent arrival, Hugo and his protector flee, wandering hungry and vulnerable over meadows and hills, sometimes finding shelter in a peasant’s home during the cold nights.

In the post-liberation chaos, Hugo overhears the once-familiar word “Jew” uttered, but now it has an alien sound, “like a mysterious term, cut off from time and place, hovering above the earth like a little hunted bird.”

Years ago, Lawrence Langer noted a pervasive but “muted” theme in Appelfeld’s novels: “the loss suffered by Christian society from the disappearance of the Jewish intelligentsia.” Here, it is left to the community of prostitutes to witness that loss; they affectionately recall the sensitive Jewish men who treated them with unusual kindness as “good and delicate creatures whose lives were spoiled by mental confusion.” Here, as in other Appelfeld works, that burden of memory intensifies as Hugo faces an uncertain future. He must somehow keep the memories of his parents and now also Mariana alive, as a witness living a life that will honor their humanity and altruism. Accepting the fact that she is likely to be executed for treason, Mariana speaks to Hugo in words that underscore that burden of memory: “I buried some of my soul inside you… [From] time to time say to yourself, once there was Mariana. She was a mortally wounded woman, but she never lost faith in God.”

As readers familiar with the author’s earlier works might anticipate, this novel succeeds brilliantly as a gripping tale of Holocaust survival, but on this occasion, Appelfeld’s literary imagination achieves a great deal more, creating a lyrically rendered story of adolescent sexual awakening, confusion, and love that gestures toward the painful inevitability of loss in any life. Above all, as is often the case with Appelfeld’s most powerful works, “Blooms of Darkness” is an eloquent meditation on the resources of the mind, the consolations of memory, and the imagination under duress.

Ranen Omer-Sherman is co-editing a book of essays titled “War and Narrative in Israeli Society and Culture.”

An Eloquent Meditation on Memory