Why Is This Night Different? Who’s Asking? 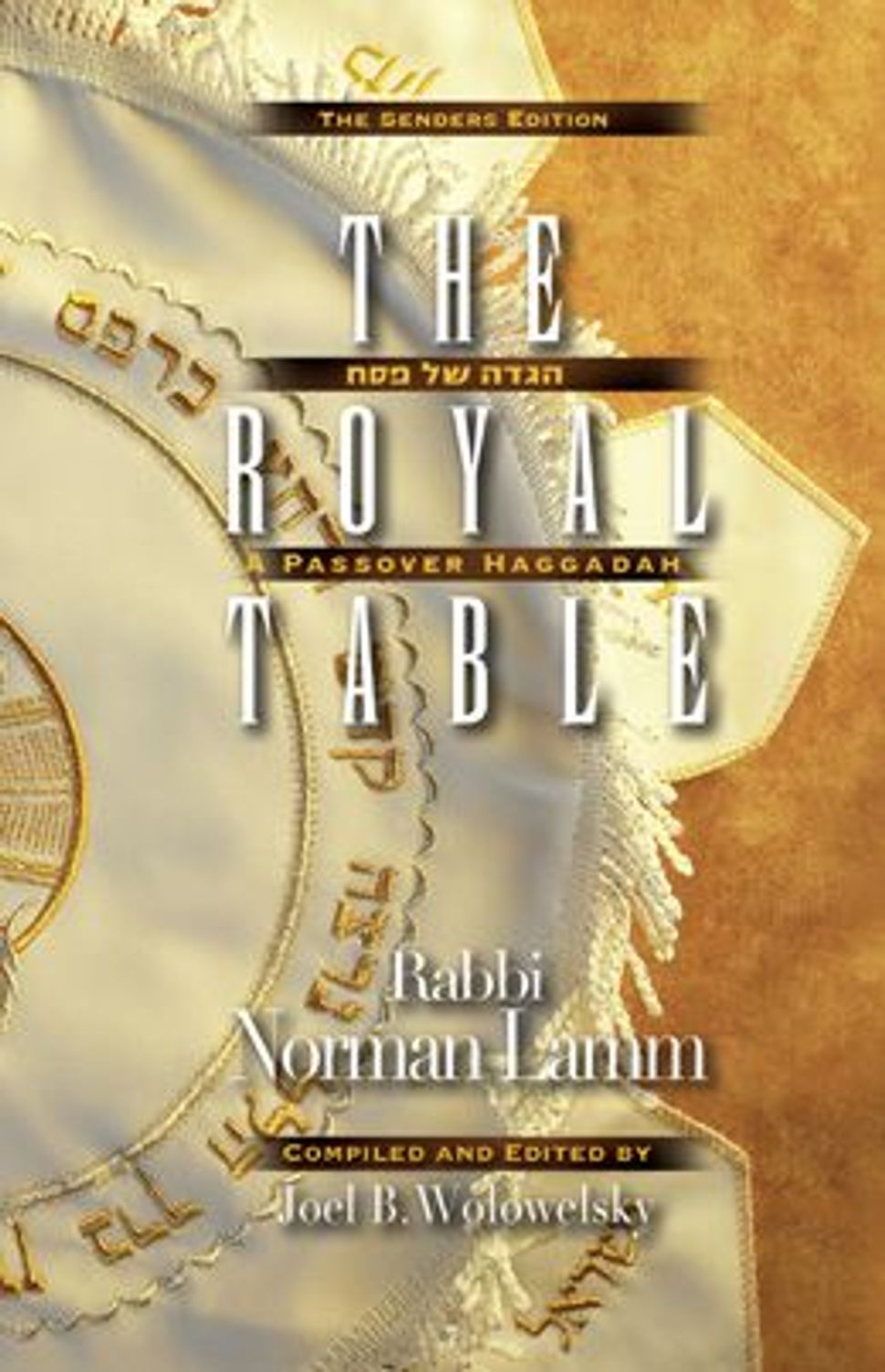 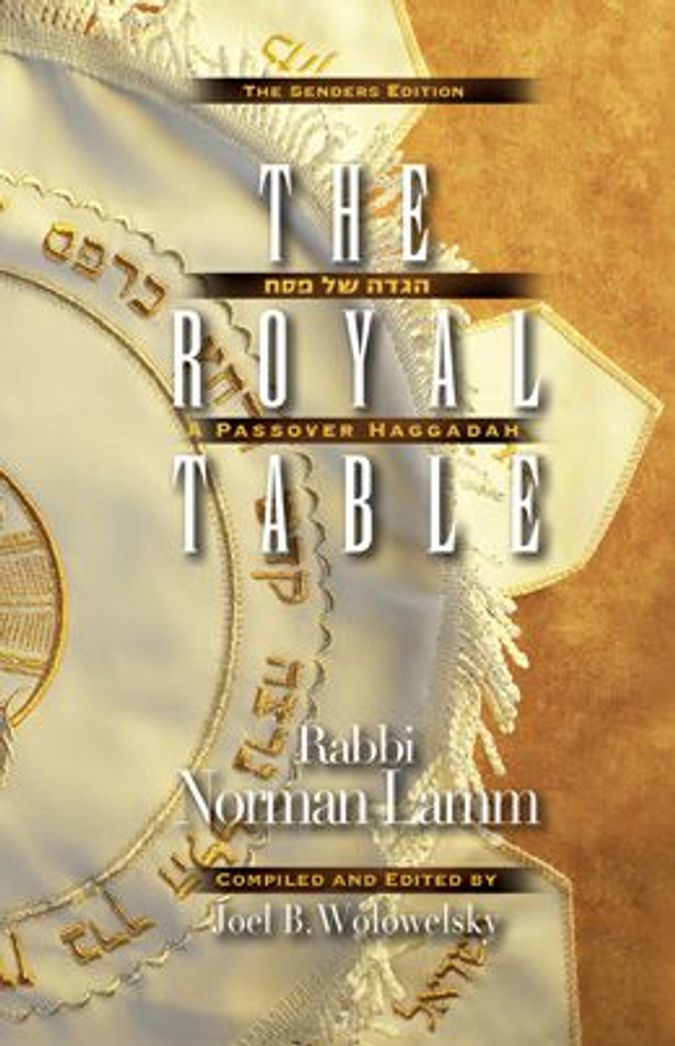 For several years now, I’ve reviewed some of the stacks of Haggadot that arrive seasonally at the Forward. “Of making books there is no end,” we’re told in the Book of Ecclesiastes, and Passover seems to prove it. Why Passover? Maybe it’s because so many of us have sat through stultifying, rote Seders and yearn for something better. Maybe it’s because Passover is the most do-it-yourself of holidays; with no rabbi to tell you when to turn the page, a good, annotated Haggadah becomes an invaluable guide. Or maybe it’s because of the Passover story itself, a meta-narrative that is loaded with symbols, in which telling the tale is as important as what the tale tells.

This year’s batch is the broadest I’ve ever seen. The four under review in this column — the Forward has already run a story on another — are a traditional Haggadah from one of the foremost leaders of the Orthodox movement, an untraditional Haggadah by an organization that many Jews regard as a cult, a “New Jew” Haggadah that epitomizes the DIY ethos of the next generation of Jews and an establishment Haggadah that epitomizes the old guard. Is there really someone who still believes there’s only one way to “do Jewish” these days?

Reviewing the Haggadot as a group is less about evaluating which is best than about choosing which is best for you. Personally, I most enjoyed the DIY one — Debra Jill Mazer’s “Open-Eyed Heart-Wide Haggadah” — because it’s the closest to the kind of Judaism I practice: heart-centered, serious about tradition but not defined by it, politically aware, creative, idiosyncratic and post-denominational. But Rabbi Norman Lamm’s “The Royal Table” (actually a compilation of pre-existing sermons and teachings by Lamm, organized by Joel B. Wolowelsky) delivers excellent Modern Orthodox commentary. Which is better? Depends what you like.

Similarly with the American Jewish Joint Distribution Committee’s Haggadah, ostensibly titled, “In Every Generation,” but really, as the spine says, “The JDC Haggadah.” It’s about the “Joint” at least as much as the Red Sea, and is richly illustrated with photographs of needy people from around the world, fed and clothed by the venerable Jewish philanthropy. There’s a good commentary and foreword, written, respectively, by high-wattage Jewish rock stars Ari L. Goldman and Rabbi Joseph Telushkin, but the real reason to like the JDC Haggadah is if you’re more inspired by contemporary Jewish philanthropy than by plagues and by pillars of fire. (Indeed, the Haggadah includes a reprint of an old JDC ad, updating the 10 plagues for the 20th century.) The photos are moving, even if the text seems somewhat secondary.

And, yes, let’s not forget that most profitable of Jewish organizations, the Kabbalah Centre, whose “The Kabbalah Haggadah: Pesach Decoded” is a weird mix of New Thought (aka The Secret: “You create your own reality”), pop psychology and practical Kabbalah. This is by far the strangest of the four. “Open-Eyed Heart-Wide” may have cursive writing, neo-hippie art and an abridged text, but “Pesach Decoded” (which, like JDC and Lamm, features the complete traditional text) is like a reboot of Passover entirely. Did you know that “Pesach gives us the Light to dissolve and fill every place where we have darkness — in every single aspect of our lives: personal, spiritual, physical, financial”? Neither did I.

To illustrate this breadth of Jewish thought, it’s useful to narrow our focus. Consider what the talmudic sage Rabban Gamliel took as the three central concepts of the Seder: the Passover sacrifice, matzo and maror, the bitter herbs. Lamm explains each with citations of the Maharal of Prague, the Passover liturgy, and the story of Adam and Eve. For him, the bitter maror is “the very symbol of human anguish throughout the ages,” yet we dip it in sweet haroset because Jews “look for the sweet” in every situation.

For Rav Yehuda Berg of the Kabbalah Centre (who, if the credits are accurate, has now written more than 20 books), eating maror is like “‘tasting death’ until it becomes sweet,” and “is connected to what we are going through right now in our lives… if we don’t see our challenges or chaos as a problem or an issue, we are swallowing the Maror without chewing it… we have to go through the pain and discomfort of it completely.”

For Mazer, a “singer, performance artist, writer, dancer, alternative raw foods supermodel/chef, actress and goddess bather” (not quite Lamm’s bio), the maror is “good for us… especially as the seasons change from winter to spring, bitter herbs, or maror, can help us build our immunity and rid the body of unwanted toxins.”

And for the JDC? It’s about peoplehood: The commentary offers no interpretation of the maror itself, but features pictures of needy children holding matzo aloft. A caption explains, “Most people don’t think of matzah as a flag, but the Jewish children in the accompanying picture from a children’s home in France in 1947 felt free to wave it all over the place with glee.”

Please don’t take this the wrong way, but these four Haggadot map right onto the four children of the Passover Seder. Lamm is wise and learned. The Kabbalah Centre is going its own way, creating a whole new meaning of the ritual, and setting itself apart from the Jewish mainstream (though quite in sync with the Hasidic interest in psychologizing communal narratives) — and making pots of money in the process. “Open-Eyed, Heart-Wide” is tam — not “simple” or “stupid,” as is sometimes translated, but deliberately straightforward, earthy and connected to very basic questions, like “What is this?” and “Why do this?” And the JDC Haggadah focuses less on the questions in the text than on the JDC’s own historic and ongoing efforts around the world. (There is no pledge card in the back, but it wouldn’t have been out of place.)

And yet, throughout this diversity, there is at least one common thread: personal subjectivity. “Open-Eyed” is a first-person Haggadah; like Rachel Barenblatt’s annually updated “The Velveteen Rabbi Haggadah” (free at http://velveteenrabbi.blogs.com), it is deliberately reflective of one person’s interests and love (actually, three people’s, since Mazer collaborated with Cantor Shira Batalion and designer Margo Jennifer Akroyd). “The Royal Table” is as much about Lamm’s scholarly status as about the text itself. The JDC Haggadah has its rock stars. And the Kabbalah Haggadah is about both the cult of personality around the Berg family and the personal “stuff” of its readers. Here again, I liked Mazer’s Haggadah best, because it is overt about it; it wears its subjectivity proudly. But all the books reflect the individualism of our contemporary moment.

Following in the wave of instructional, participatory Haggadot (Noam Zion and David Dishon’s “A Different Night,” Zion’s “A Night To Remember” and “My People’s Passover Haggadah,” edited by Rabbi Lawrence Hoffman and David Arnow, still lead the pack) come these four wildly divergent ways to enliven and inspire your Passover Seder. Indeed, if you want to really have fun, buy all four and give each participant a different one so that each can take a different point of view. That diversity can teach the most valuable lesson of all: that there are 70 faces of Torah, each with a contribution to make.

These four Haggadot are four answers to the question of why the Seder night is different from all other nights. And like the best Jewish responses, they answer that question — with more questions.

Jay Michaelson is a columnist for the Forward and for the Huffington Post.

The opening quotation is from the Book of Ecclesiastes not, as originally posted, the Book of Proverbs.

Why Is This Night Different? Who’s Asking?