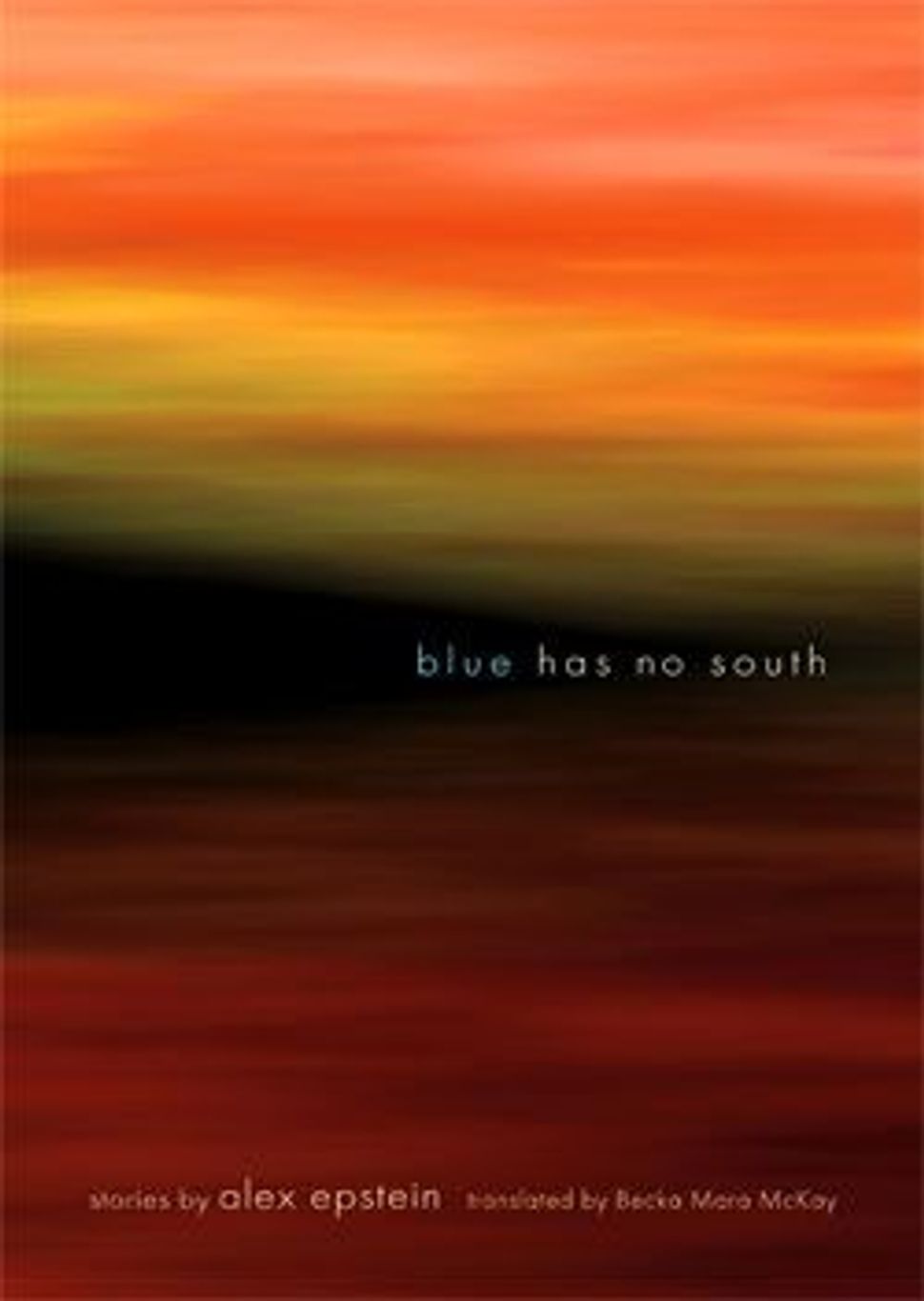 Blue Has No South
By Alex Epstein; Translated from the Hebrew by Becka Mara McKay
Clockroot Books, 131 pages, $15 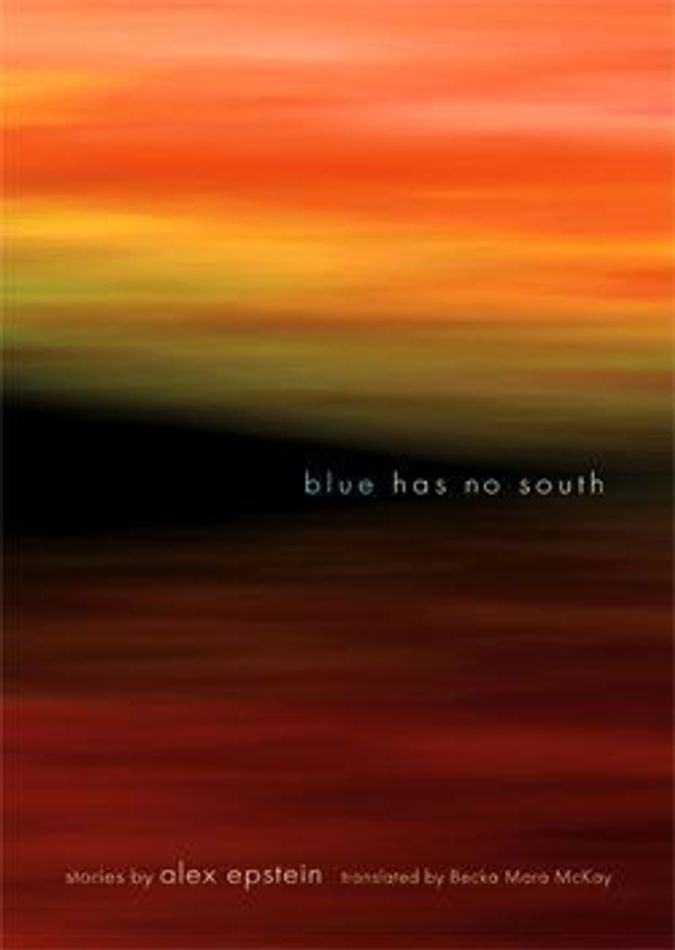 Miniature Metaphors of an Airport

Longings are more a story than a word. (Though I have never managed to write a story about the airport where I heard Hebrew for the first time in my life. But a few years ago, at another airport, in the line for passport control, I saw a young woman in a wedding dress, both of her arms in casts. This was, of course, one of those moments when you curse yourself for wasting all the film on the overly tended curves of the garden fountains, on all the church steeples that look exactly alike, on some stupid motorcycle with a sidecar that passed by too quickly; and you resolve to buy new film only at duty-free, before the return flight. After passport control, in the hall for departing flights, I did not see her again; thus I did not succeed in determining definitively which language she wished to forget.)

The Memory of the Sail, or the Later Voyages of Penelope

From the depths of one of the nights of the twentieth year, Penelope awakens from a dream in which threads of rain whipped her face until they drew blood. The next day the man who called himself Odysseus, but also “No Man,” returns. The years pass and Penelope still keeps, among her dresses, the piece of the sail brought to her by her suitors, who claimed that it was all that remained of Odysseus’s ship. When he goes out every night into the alleys of Ithaca, to again meet the man who didn’t recognize him upon his return, or on other adventures, Penelope takes the cloth once again and holds it in her hands. She wrings it into a final twist, and thinks about the man who might be lost in the heart of the sea. She doesn’t know which of the two is real, and who was buried forever in the bottoms of maps. She does not know how long she will continue to be faithful to one of them, to both of them, to neither of them. He returns toward morning, defeated. Penelope is sleeping. Her palms are wet.

The Name of the Moon

Many years ago, when they first met, they gave the moon a nickname. Now, after they’ve divided between them all the books and the records and the photo albums, they have yet to decide who will take the ceiling fan.

The monk’s students asked him, what is Zen? He answered: It will rain in a moment; his students hurried to shelter him with umbrellas. The monk said: Now the rain has ceased.

Small Journeys in a Domestic Space (Or, How Cosmonauts Fall in Love)

Again I will tell this in order. The forecast guaranteed rain. (I stayed home and wrote this short short story in the bedroom, at a distance of one dozen steps from the bookshelf standing in the guest room, where, on a high shelf latticed with a spider web, as if hiding between books that I don’t remember I have, is also an atlas.) And regarding the second part of the title—like anyone else, I assume: sometimes, instead of phone numbers, they exchange childhood photographs.

Blue Has No South

One night, in a surfeit of sleeplessness, the poet leapt suddenly into a dream in which he stood in a room in a ramshackle house. In his hand was a paintbrush dripping with blue paint. An insistent voice instructed him to paint a wall of the room in black. Is it even possible, thought the poet, to paint black with blue? And then he woke. And waking, he remembered that the Italian word for room is stanza. The poet reflected on this with growing amazement: The room he dreamed of was the stanza of a poem. He wondered if it wasn’t time he turned to writing prose.