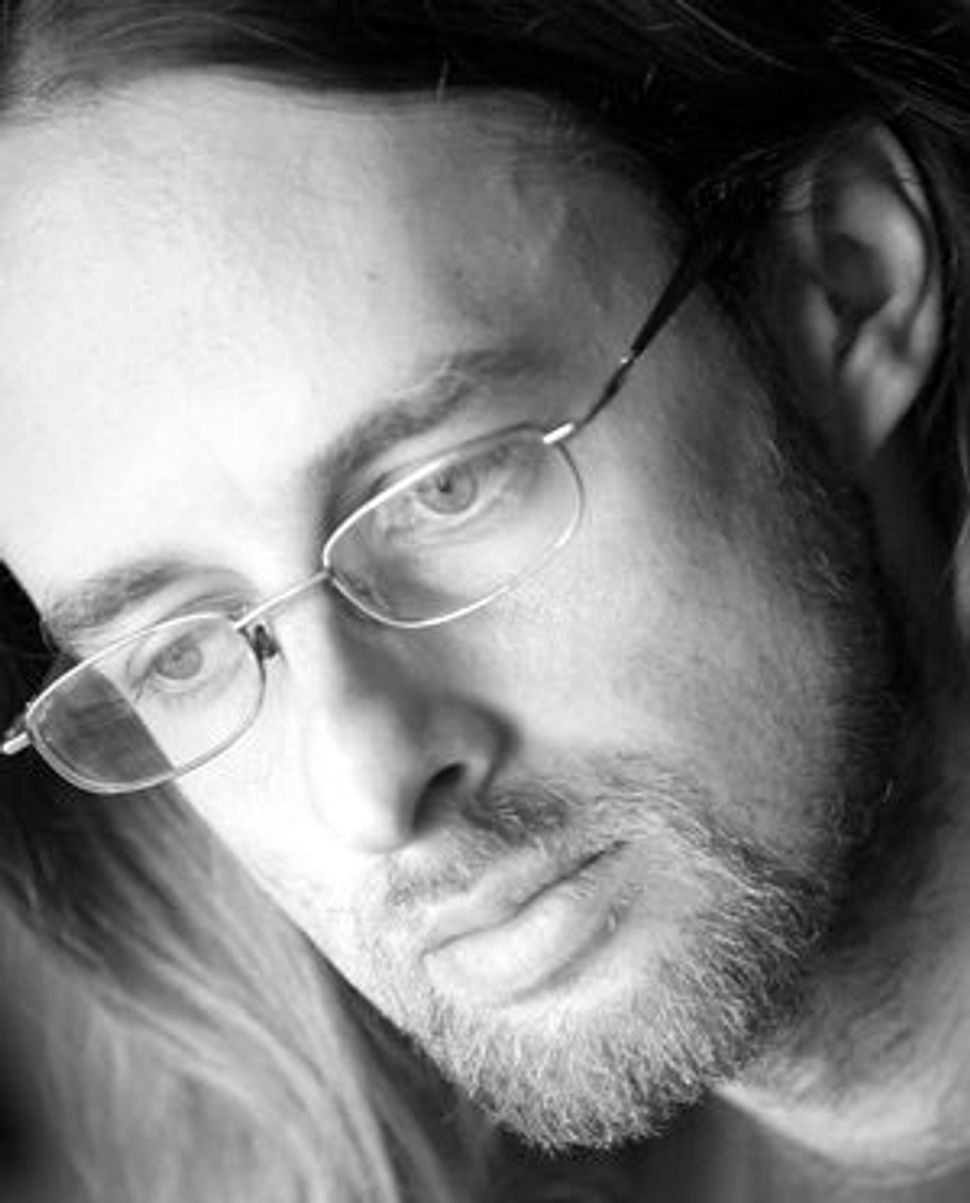 No Smoke Without Fire: Alex Epstein is poised uneasily between Borges and obscurity. Image by THOMAS LANGDON

Russian-born Israeli author Alex Epstein, 39, hunches forward across the table at the bar. He brushes his long hair out of his face. He scratches his beard. He adjusts his glasses. Epstein’s nervous hands want a cigarette. But at this upscale Denver bar, smoking is off-limits. He has to make do with a glass of wine. Our waitress asks if he wants a “small” glass or a “big” glass. He shrugs, raises his eyebrows and says he has never heard of a “big” glass of wine. This is America, the waitress reminds us: Everything is king-sized. But size doesn’t matter to Epstein, a master of flash-fiction who distills stories to their aphoristic essence. Epstein, the Schusterman Family Foundation’s visiting writer-in-residence at the University of Denver, has recently published his first English collection, “Blue Has No South” (Clockroot Books). He spoke with the Forward’s Adam Rovner. 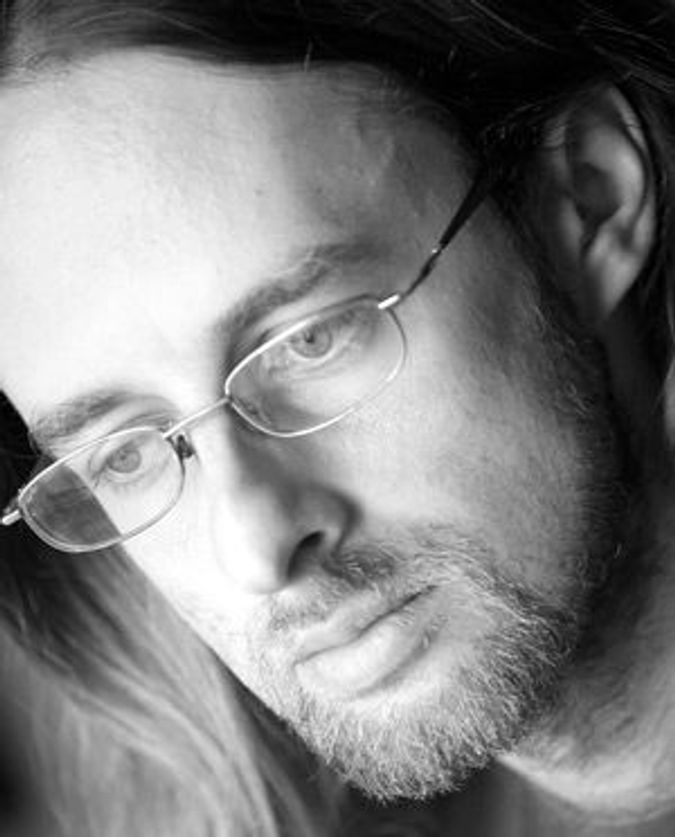 No Smoke Without Fire: Alex Epstein is poised uneasily between Borges and obscurity. Image by THOMAS LANGDON

Adam Rovner: How closely did you work with your translator?

Alex Epstein: I read every translation Becka [Mara McKay] made. From time to time, she would ask me what the intention was, ask my advice or present me with several options. Becka made a very accurate translation, and because she is a poet, [she] was able to find solutions to things that were almost untranslatable.

Do you think of yourself as a Jewish writer? An Israeli writer? An immigrant writer?

Your work has been compared to that of Kafka and Borges. Do you feel indebted to their work?

I don’t think that I could ever write what I write — the form, the style, the stories being so short — without having read them. Without reading them, and [Italo] Calvino and [Julio] Cortázar and others, I would never write what I write. If I have to pick writers that greatly influenced my work, it would definitely be Kafka and Borges.

The comparison must be humbling, too.

Yes, but you know, critics never compare you to bad writers, because no one remembers them.

Your stories are often enigmatic, almost always very short, and sometimes they are like thought experiments. Do you consider yourself a postmodern writer?

I will give you two answers. As the writer who sits in Tel Aviv in a coffeehouse full of smoke and writes his short stories, I’m not thinking of definitions, terms, concepts, theories. I don’t think you can write from a true place if you’re thinking, “Now I’m doing something postmodern.” But as someone who teaches creative writing and who reads, from time to time, theoretical texts, then yes, the stories are postmodern. They are written in the 21st century, and they relate to texts from the 19th and 20th centuries, and from the Middle Ages, and from Greek mythology. They combine everyday life and philosophical concepts, too, so you can say they are postmodern.

Despite your stories being postmodern, references to classical mythology abound in your work. Can you explain this incongruity?

[Mythology] is a playground for a writer. For me, as someone born in a different country and who came to Israel, the most basic idea of home and how long we have to suffer until we get back home is something that was done so well in “The Odyssey.” And this mythological story is related to the question of Israel as a homeland for the Jewish people.

Can you elaborate on what the connection between Israel and “The Odyssey” means to you?

Take a look at Israel and all the people who came from different countries, from different parts of the world. I’m not saying this is my opinion, because my opinion isn’t important, but one could ask, “For what?” For all this constant war? For all this bloodshed? And look at “The Iliad” and “The Odyssey.” It’s the same. After the war, you discover you are still not home, you still have to find your way, you still have to discover who you are and you still have to get home. Also, “The Odyssey” ends horribly, with a slaughter.

I don’t think there are any optimistic writers? Are there?

Perhaps they’re the writers whose names the critics can’t remember.

So, given your reflections on home, do you feel at home in Israel?

I feel at home as much as someone who always feels different can feel at home. The question is: “What is home? How do you get to your home?” This is beneath the surface of what I write about.

Does Israel’s wider contemporary reality find expression in your work?

I think that in many of the short stories, there are fragments — shrapnel, maybe — of everyday life. But I don’t write about the reality of the newspaper or the reality you see on television. That’s extremely boring, because you have it already in a merciless presentation in the mass media.

April 19 was Israel’s Independence Day. What did you do here in Denver?

I went to the only smoking bar in the city. In Israel, Independence Day is a day of barbecuing, so I went and smoked myself.

Adam Rovner serves as assistant professor of English and Jewish literature at the University of Denver and as translations editor of Zeek: A Jewish Journal of Thought and Culture.