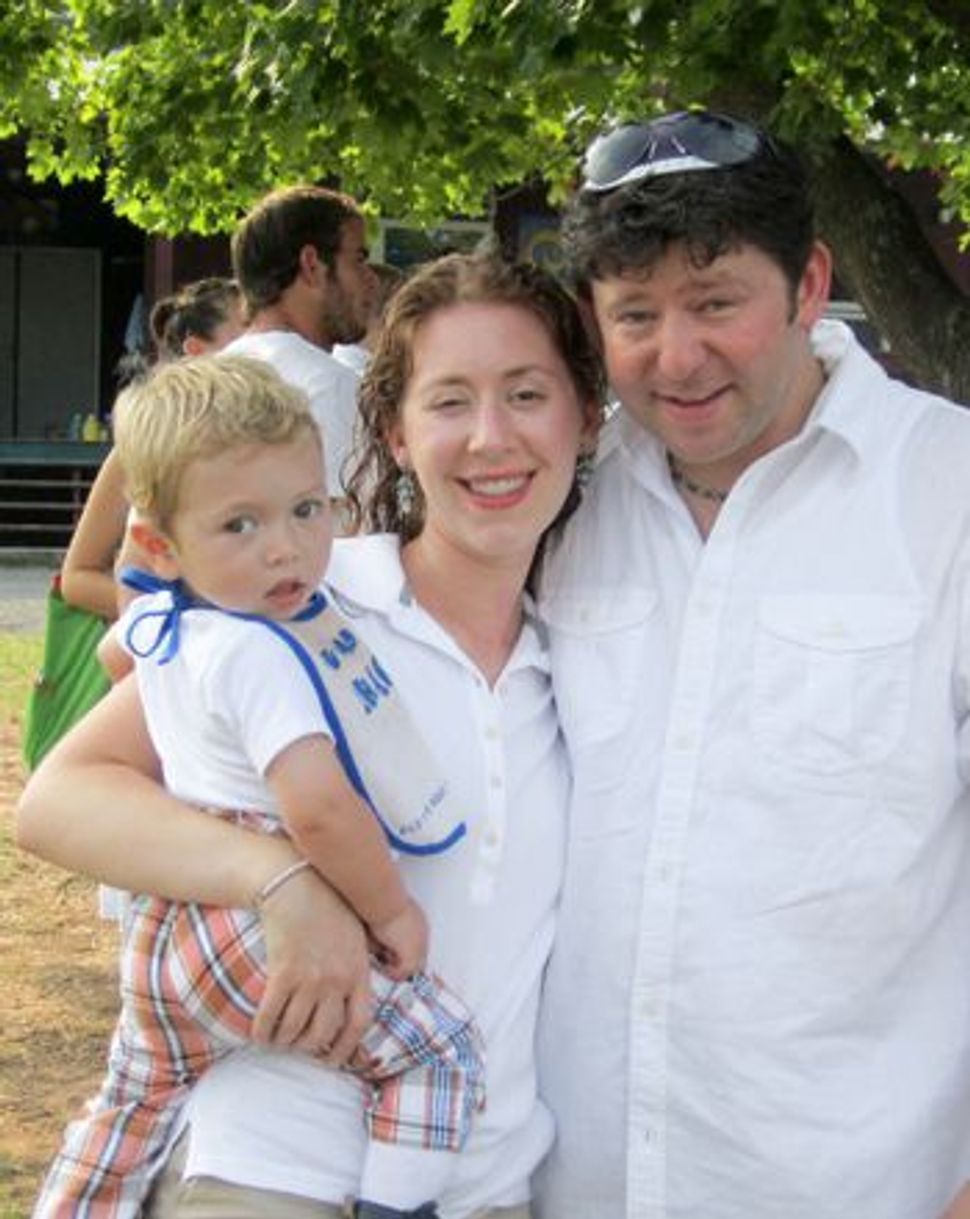 “My wife and I were married by two rabbis, one Conservative and the other Reform, and neither of them gave us any information about Jewish genetic diseases.” So begins the story of Lawrence Sernovitz, himself now an associate rabbi at the Old York Road Temple-Beth Am in Abington, Pa. A little more than a year later, in September 2008, Sernovitz and his wife had a baby boy born with familial dysautonomia, a rare recessive genetic disorder essentially found exclusively among Ashkenazi Jews. 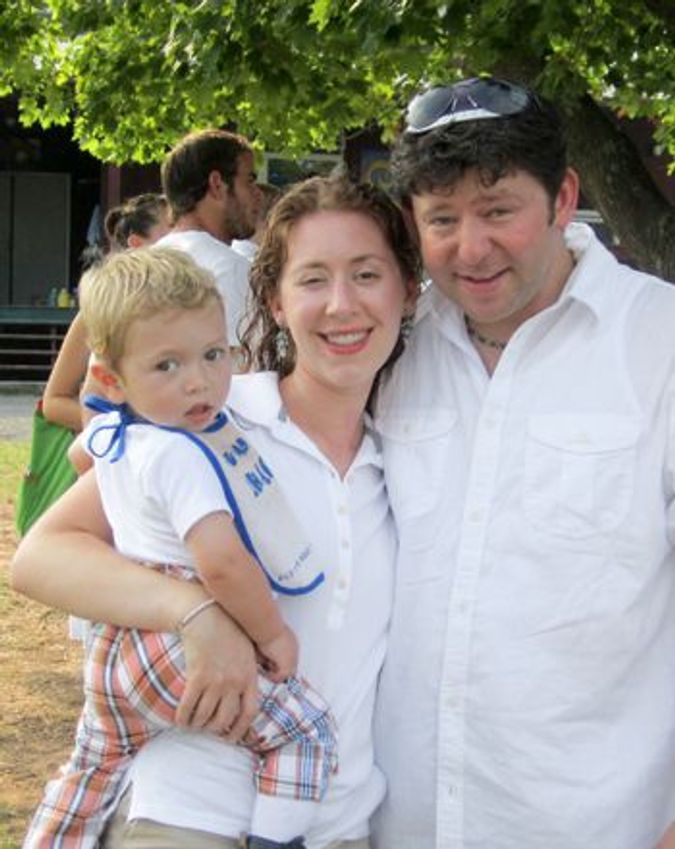 “As a rabbinic student at HUC, I never heard the term ‘Jewish genetic disease’ mentioned,” said Sernovitz, who was ordained at the Reform movement’s Hebrew Union College-Jewish Institute of Religion in 2007. “By and large, as far as rabbinic education goes, there is not nearly enough taught about Jewish genetic diseases.” Because of Sernovitz and others, however, change is afoot.

Leaders and medical professionals from various corners of the Jewish community have been coming together of late to reach out to rabbis and educate them on Jewish genetic diseases. The goal of these efforts is to encourage rabbis, as well as cantors performing marriages, to integrate information on the topic into premarital counseling and to educate the community at large.

Sernovitz said that an obstetrician failed to properly inform his wife of test results showing that she was a carrier for FD. But he feels that the Jewish community itself needs to do a better job of educating Jews about genetic diseases. “We cannot leave the protection and the future of the Jewish community to doctors alone,” he wrote in the June newsletter of the Central Conference of American Rabbis, the Reform movement’s rabbinical organization.

Sernovitz is currently working with Dr. Adele Schneider, medical director of the Victor Center for the prevention of Jewish Genetic Diseases at the Albert Einstein Medical Center in Philadelphia, to put together a rabbinic advisory panel to reach out to rabbis across the country. In May, Schneider was awarded a grant to develop online educational materials for rabbis.

And this fall, the Jewish Genetic Disease Consortium, in partnership with the New York Board of Rabbis, will be conducting a series of training sessions for rabbis throughout the New York metropolitan area. “It will be like rabbinic grand rounds,” said Peter Kasdan, a Reform rabbi and rabbinic adviser to the consortium.

Under Kasdan’s guidance, the consortium launched a “Rabbi’s Pledge” this past spring. The document commits rabbis to provide information on Jewish genetic diseases during premarital counseling and to urge couples to get screened prior to marriage. Eventually, all signatories will be

listed online, said Kasdan, who since 1975 has refused to marry any couple that does not first undergo any available screening.

When the consortium surveyed New York-area rabbis last year, only about half said they included such information in their premarital counseling, and more than half said they did not feel they were adequately informed about the topic.

Also in 2009, the consortium conducted a survey of several hundred Jewish couples who married over the past 10 years. Although 80% of them were married by a rabbi, only 4% said they were screened because of a rabbi’s recommendation. While a high percentage of respondents did get screened in the end, the consortium found that more than 50% of them were screened after a pregnancy was already under way.

Experts agree that the optimal time to screen a couple for recessive disorders is prior to pregnancy. Once a woman is pregnant and a child is found to be affected, the only medical choice is whether or not to terminate the pregnancy. Prior to pregnancy, a husband and wife who learn they are both carriers for the same recessive disorder have a wider range of options. They may use in vitro fertilization and pre-implantation genetic diagnosis to select a healthy embryo — or the pair may choose sperm or egg donation, or adoption.

The ultra-Orthodox community, where arranged marriages are common, has long screened young singles to avoid matches between carriers for the same disease.

In the Modern Orthodox world, “there has been a sea change in the past five to 10 years as far as genetic testing goes,” said Rabbi Marc Penner, director of professional rabbinics at Yeshiva University’s Rabbi Isaac Elchanan Theological Seminary. According to Penner, today many young Modern Orthodox singles get tested early on in college, prior to serious dating, because in recent years yeshiva heads have been actively promoting it.

Rabbinic advocates outside the Orthodox world also believe that they are well-positioned to encourage a culture emphasizing carrier screening in their communities.

“No doctor sees the husband and the wife together, unless, maybe, if they have fertility issues,” said Rabbi Avi Olitzky of Beth El Synagogue, a Conservative congregation in Minneapolis. “The rabbi is often the only one to see them both and can therefore be a bridge.”

Olitzky, who arrived in Minneapolis two years ago, has worked with the Minnesota Rabbinical Association to make genetic diseases a priority in premarital counseling. “If we believe that pru urvu, to ‘be fruitful and multiply,’ is a mitzvah, which we do, then we have to be partners in that,” Olitzky said. He said that he broaches the subject during his first session with a couple, along with the various aspects of the wedding, from the ketubah to the meal.

It was contact with Rabbi William Lebeau at the Conservative movement’s Jewish Theological Seminary, where Olitzky was ordained, that, he said, impressed upon him that “transmission of this information falls on the shoulders of the rabbi.”

A former dean of JTS’s rabbinical school, Lebeau is a recognized advocate for raising awareness on Jewish genetic diseases. His involvement dates back to the 1970s when one of his congregants was researching Tay-Sachs. Later, Lebeau’s grandson, now 12, was diagnosed with FD. “Certainly my sense of urgency about this matter increased,” Lebeau said. For many years, Lebeau devoted a class of the senior rabbinic seminar he taught to Jewish genetic diseases.

In recent years, experts have been urging rabbinical schools to cover Jewish genetic diseases more extensively, even as some schools have already stepped up their efforts to do so. Sernovitz said that he and others have been working with HUC-JIR to improve its program.

And many agree that personal experience with an affected child or family goes a long way toward sensitizing a rabbi to the importance of screening.

“Over the course of my rabbinate I have buried eight students with a Jewish genetic disease,” Kasdan recalled. “It’s not theoretical for me.”