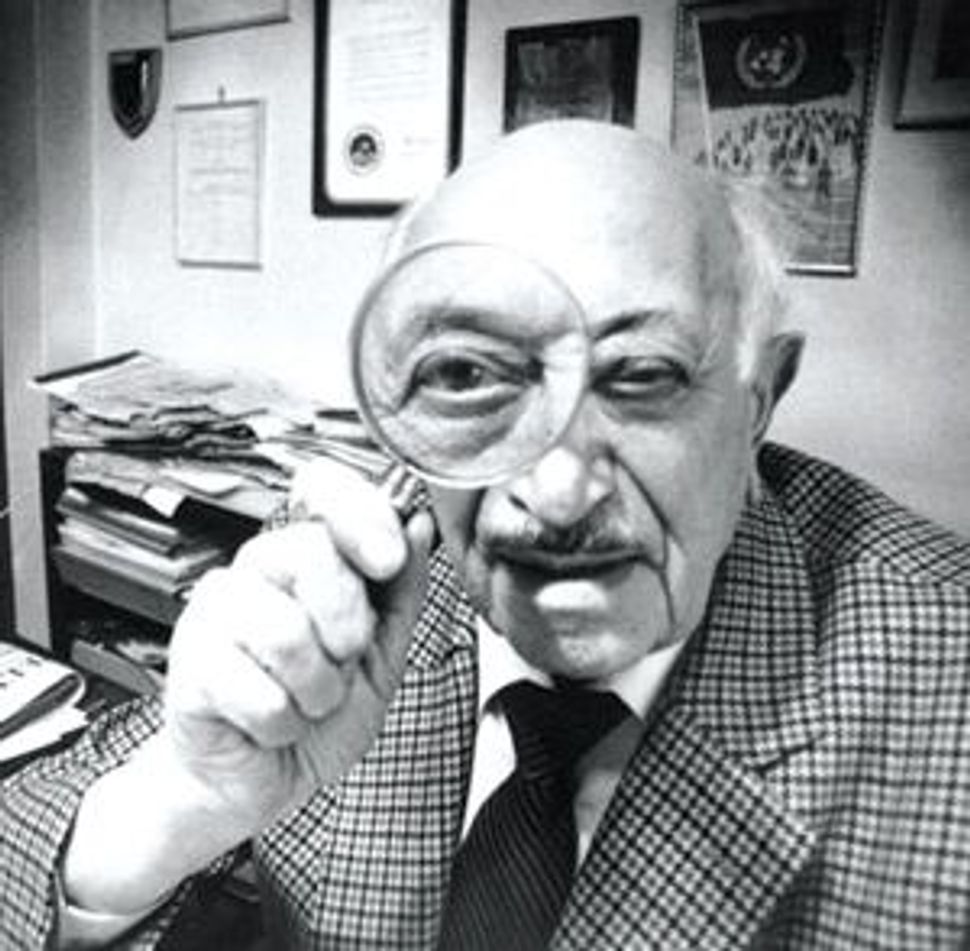 Another Narrow Escape: Elizabeth Taylor (pictured here in 1982) wrote to Wiesenthal that ?I love you and we all need you.? Image by PHOTO BY ARTHUR WALDINGER COURTESY OF DOUBLEDAY

When I was contributing to Simon Wiesenthal?s obituary in 2005 for the Jewish Telegraphic Agency, I learned something that surprised me: The legendary Nazi-hunter didn?t personally hunt down a lot of Nazis. Sure, Wiesenthal helped capture some Nazis and their collaborators, and sure, he pioneered efforts to bring the issues of Holocaust memory and unprosecuted war criminals to international attention, but he didn?t track down as many war criminals as the world thought he did ? and he wasn?t aggressive about correcting the record. 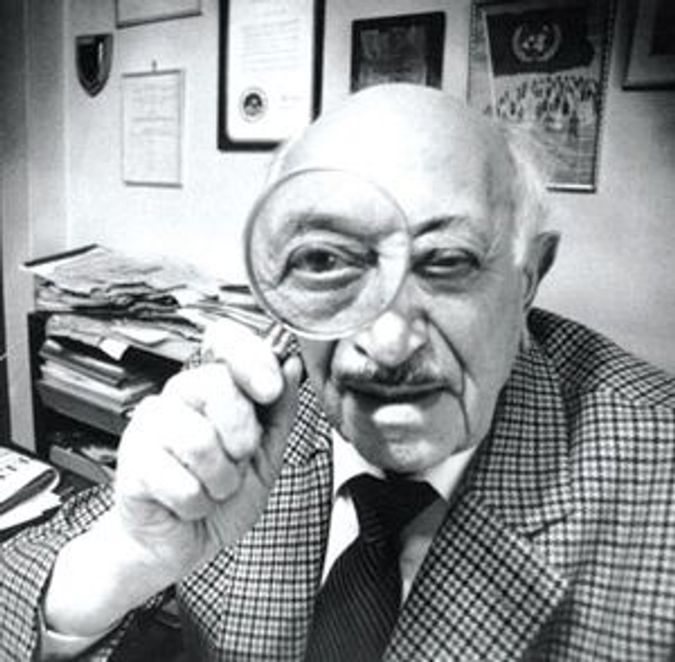 Wiesenthal even allowed the world to think he had been at Auschwitz when he had not, although he did survive five concentration camps. As Tom Segev, the author of ?Simon Wiesenthal: The Life and Legends,? bluntly puts it: ?What Wiesenthal wrote should be treated with some caution. He did not always recall things the way they had actually happened and did not always bother to verify his recollections.?

Does that really matter? Are the crucial contributions made by Wiesenthal lessened by his willingness to let the world think he was more of a successful Nazi hunter than he actually was?

Segev, an Israeli journalist and one of the interviewees who enlightened me about Wiesenthal when I was working for JTA, has written a compelling book on Wiesenthal?s fascinating life. Born in what is now Ukraine, Wiesenthal was living in Lvov when World War II started, having married a few years earlier. His mother was arrested and taken away in 1942; Wiesenthal never saw her again. Later, Wiesenthal and his wife, Cyla, were arrested and sent off to a local labor camp, although Wiesenthal arranged, through the Polish underground, for his wife to escape to Warsaw.

Wiesenthal?s survival resulted, in part, from what Segev terms ?the absurd.? A group of German SS men took Wiesenthal and some 50 others as mobile prisoners to avoid being sent to the front. Wiesenthal also endured a death march that ended in Mauthausen, where, his health failing, he hung on until liberation in May 1945. After the war ended, Wiesenthal quickly regained his health and received miraculous news when he learned that his wife had survived the war. For the next 60 years ? the rest of his life ? he remained in Austria, living first in Linz and then in Vienna. Segev writes that, despite the Holocaust and postwar anti-Semitism, Wiesenthal was oddly comfortable in Austria, in part because he saw Vienna as a cultural capital.

Even in those early postwar days, he had already committed to his lifelong mission: Wiesenthal, Segev says, ?saw every one of the refugees as a potential agent in the search for Nazi criminals.? He set up a small shop that served as the base for his Nazi-hunting activities. In fact, as Segev writes, ?contrary to the myth he spun around himself, he never operated a worldwide dragnet, but worked almost on his own from a small apartment, surrounded by high piles of old newspapers and yellowing index cards.?

In describing the Nazi hunter?s work, Segev writes vivid prose that brings Wiesenthal and the postwar Austrian milieu to life. Segev wrote just as colorfully and accessibly in his earlier books, including works on the Six Day War and the ways the Holocaust has been both remembered and exploited in Israel.

To his credit, Wiesenthal effectively publicized the Holocaust. In the first pages of his book, Segev details the public funeral that Wiesenthal organized in 1949 to travel through Israel with the symbolic ashes of 200,000 Jews ? a journey that catapulted the discussion of the Holocaust onto front pages in the Jewish state. With his name behind it, the international Simon Wiesenthal Center, based in Los Angeles (where it features the Museum of Tolerance), teaches Holocaust memory to the general public.

Wiesenthal also provided Israel, the United States and the rest of the world with information that led to the capture of Karl Silberbauer, the Gestapo officer who arrested Anne Frank; and Franz Stangl, the commandant of the Treblinka and Sobibor concentration camps in Poland. If the world thought he did more to help snare Adolf Eichman, whom Israel captured and later executed in 1960, Wiesenthal let that stand. Wiesenthal frequently battled with both Jewish groups and individuals: chiefs of the Mossad, the official Austrian Jewish Community, Elie Wiesel and the World Jewish Congress, to name just a few. With Wiesel, the dispute started with a debate about whether the Holocaust should be understood as universal or particularistic. Wiesenthal wanted to speak of the Holocaust killing 11 million ? including Poles, Ukrainians, Russians and others who had died in death camps ? but Wiesel disagreed, and the dispute soon turned into a personal rivalry. (Wiesenthal was bitterly disappointed when Wiesel, not he, won the Nobel Peace Prize in 1986.) With the World Jewish Congress, the bitter scrap focused on Wiesenthal?s turning a blind eye toward Kurt Waldheim?s wartime behavior. Wiesenthal himself was accused of having worked for the Gestapo during the war, most notably by Austrian Chancellor Bruno Kreisky, but, as Segev notes in recounting the Kreisky episode, there has never been a shred of evidence to buttress these claims.

We want our moral crusaders to be above reproach, to have no skeletons in their closets. This desire is even stronger when it comes to those crusading about the immorality of the Holocaust. Unfortunately, Wiesenthal certainly was more complicated, more human than that. He even quarreled with the leaders of the Simon Wiesenthal Center, although Wiesenthal reconciled with them before he died.

Despite the distasteful pieces of his subject?s legacy, Segev argues convincingly that Wiesenthal?s occasional slipperiness about his own history should be seen in the context of a life spent first surviving the Holocaust and then teaching the world about the Nazi horrors and the necessity of confronting those who perpetrated them. Although there was an abundance of myths, they were outweighed by the truth Wiesenthal provided to the world.

Peter Ephross is the editor of a forthcoming book of oral histories of Jewish baseball players.