One Nation, Under Various Divinities 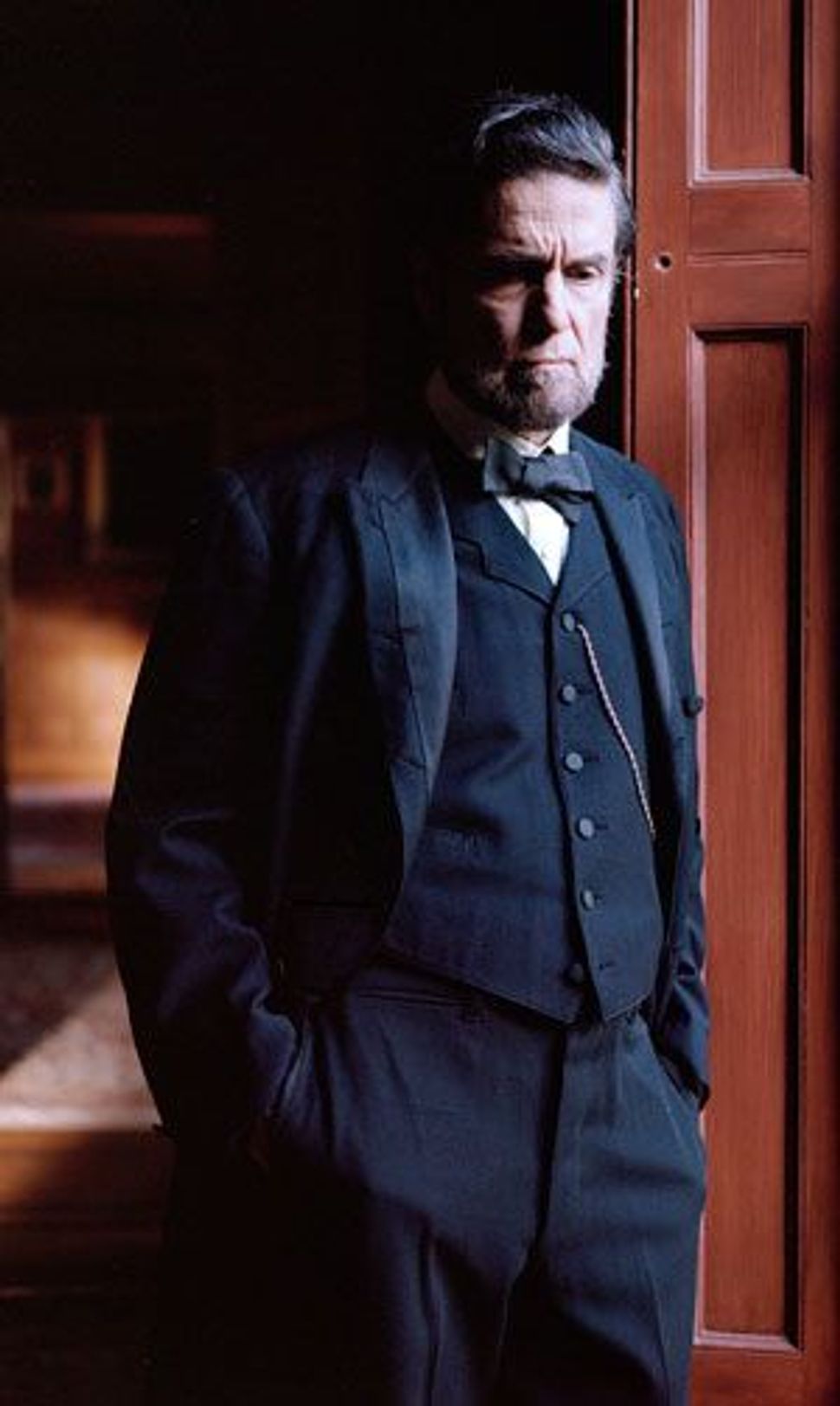 Listen to certain sections of the body politic today, and you get the impression that George Washington, Thomas Jefferson and John Adams were part-time — if not full-time — evangelicals. 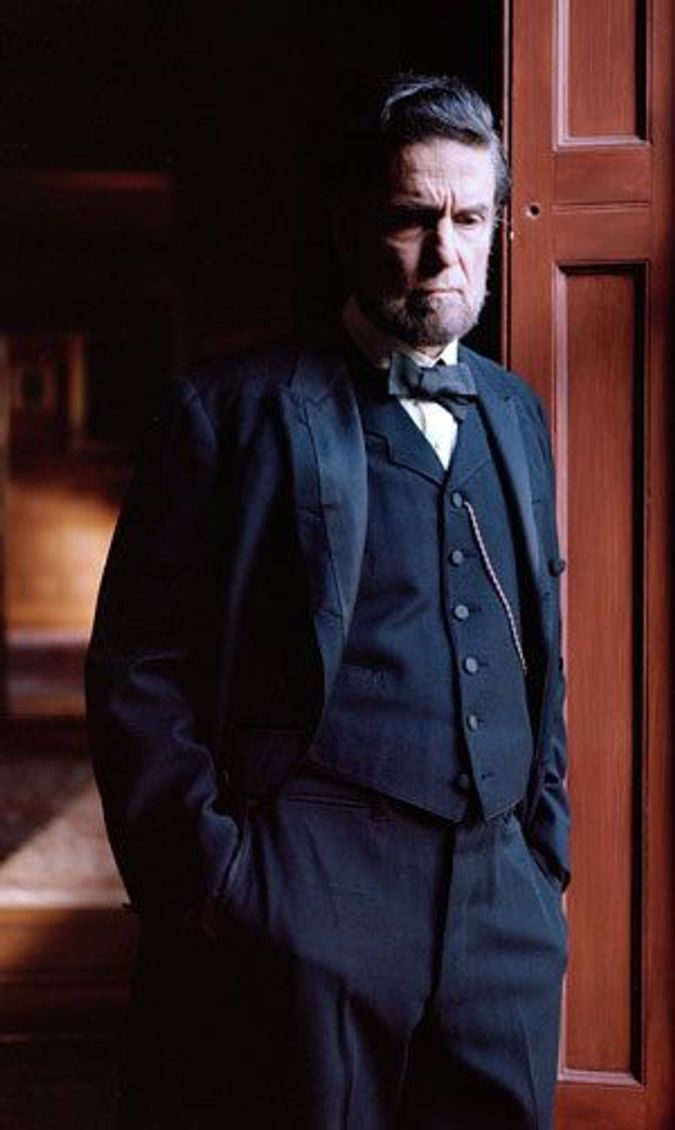 Not so, say s Marilyn Mellowes, who spent the better part of the past several years grappling with what she calls “the intersection of religion and politics.” “God in America,” a three-night, six-hour documentary that airs on the Public Broadcasting Service, is the result of the filmmaker’s research.

“I don’t believe for a moment that [the Founding Fathers felt] they were establishing a Christian Nation.” Mellowes told the Forward. “There is nothing in the Constitution that suggests that. It is a secular document that barely mentions God.”

She believes that “they felt religion had an important role to play in the new country. But they also had an eye fixed on Europe.”

“They understood the potential for religion to be a destructive force. But they also recognized that religion was a source of morality, and a moral citizenry was absolutely essential to the success of this new and fledgling republic. So there was a kind of ambivalence there.”

As the 2004 election approached, Mellowes noticed that religious beliefs were increasingly intruding on secular politics, exactly as the Founding Fathers had worried. She and others felt that this was a topic PBS ought to cover.

So a mini-gathering was convened in mid-2005. Attending were 26 people: producers, religious educators, writers and philosophers. Mellowes summarized the conclusion as: “America is a deeply religious country, but [Americans are] surprisingly illiterate about the way religion has operated in this country and even lack understanding about their own religion. People who had been going to church had no knowledge about how the gospel tradition came about or how gospels were written or how the first followers of Jesus were Jewish.”

A separate Pew Research survey, released at the end of September, reached an identical conclusion.

The decision to proceed with “God in America” met very little resistance. Any opposition had less to do with its potentially controversial subject than with the fear that the network was overdosing on historical history.

The series is history with a slight twist. For example, it points out that, yes, many of the early settlers came to America for religious freedom. But it turns out that this freedom was only for themselves, not for others. In fact, many of the New England colonies had established religions funded by the state; heretics were often banished.

Frequently, religion was a divisive force — with both sides, for example, quoting scriptures to both abolish and justify slavery. But, Mellowes noted, it was also a force for good.

“What surprised me the most was the role religious dissidents played in pursuing religious freedom,” she said. “There was the very unlikely alliance between the Baptists and Thomas Jefferson and James Madison. And it continues throughout our history, with Seventh-day Adventists and Jews all pushing for expanding the definition of religious freedom.”

She points to the example of the landmark 1962 school prayer case, Engel v. Vitale, in which five Long Island families, all Jewish or with Jewish backgrounds, brought suit opposing school prayer. “They suffered terrible repercussions, including hate mail,” she said.

This, Mellowes said, is an example of how Jews “have clearly contributed in a major way to the tremendous religious vitality and diversity in America and also been at the forefront of pressing for religious freedom.”

Mellowes prefers not to talk about her own current religious affiliation. “I know some of my colleagues talk about their faith. In the context of this series, I don’t know that my faith or lack of faith or [of] spiritual journey has impacted my work as a journalist.”

She does say that she was raised in a liberal household, where her father was “absolutely devoted” to the issue of separation of church and state. She attended a Unitarian Church whose liberal minister, A. Powell Davies, spoke out against McCarthyism and in favor of civil rights well before doing so was fashionable.

“God in America” is not the first religious-themed documentary that Mellowes produced. A dozen years ago, she created “From Jesus to Christ: The First Christmas,” and more recently she pushed for production of a documentary she called “People of the Covenant: The Origins of Ancient Israel and the Emergence of Judaism.”

The documentary that was eventually produced was more archaeological than it was religious. Mellowes seemed an appropriate person to ask the traditional question: Is all the right-wing Christian fundamentalism good for the Jews?

“I think we should all be concerned for our future as Americans, whether we’re Jews or Christians or Buddhists or Hindus,” she said. “The question is, how do we find common ground in a society that has become so religiously diverse?

“Beyond the question of any particular faith, the larger and more important question in this enterprise called democracy is, how do we live in a world where there is so much conflict that is religiously raised?”

Curt Schleier is the editor of tvosundoff.com and filmsoundoff.con and teaches business writing to corporate executives. Watch the whole of “God in America” online.

One Nation, Under Various Divinities