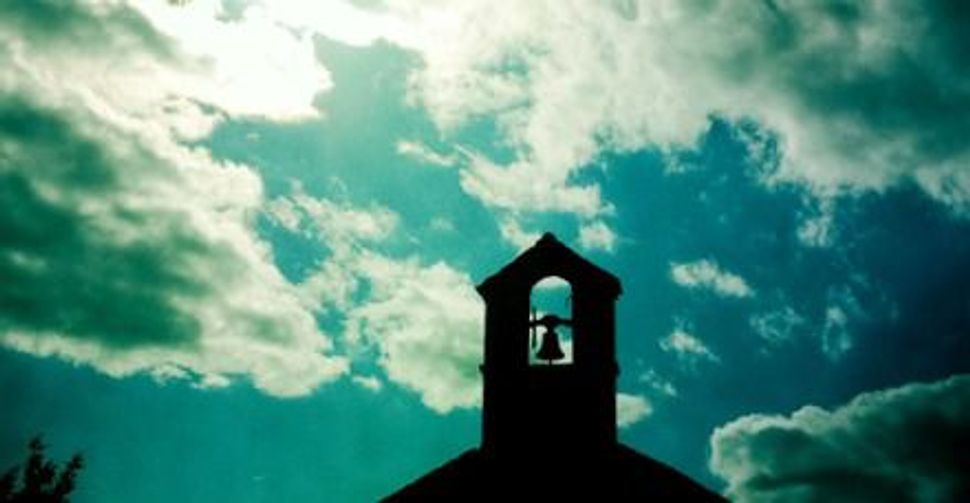 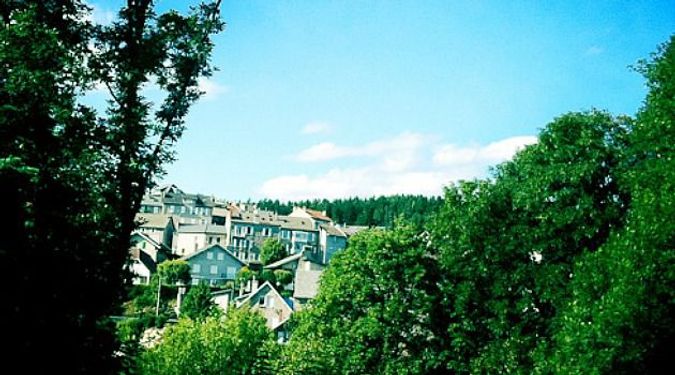 For most tourists, Le Chambon-sur-Lignon resembles hundreds of vacation resorts in the South of France. Three-star hotels and spas, pizzerias and sports facilities do a furious business during the summer months. They then doze during autumn before slipping into winter hibernation, when the glacial wind called the mistral strips the surrounding Cévennes mountains to an austere beauty.

But the local Protestant church and adjoining school are monuments to an earlier time and a different kind of visitor. During World War II, thousands of foreign and French Jews fled to Chambon from both the German occupiers and the French authorities. While Michelin has never had occasion to rank the village, Yad Vashem has done so: Exactly 40 years ago, 40 local men and women were added to the Righteous Among the Nations.

I was coming to a village that I had researched often but never visited. The route to Chambon is both literally and metaphorically dizzying. Turning west off the national highway, you are faced by climbing, serpentine and narrow roads hemmed between granite cliffs and leafy abysses. Though little more than 40 miles from the tolls, Chambon seems like another time zone.

A two-hour drive through a few scattered hamlets, with window shutters closed fast and an occasional farmer glancing up sharply from his work, clearly explains why Chambon has served as a refuge over the centuries. Not least to Albert Camus whose wartime sojourn nearby was the ostensible reason for my trip.

Ever since the Louis XIV’s revocation in 1685 of the Edict of Nantes, which had imposed a century of religious tolerance, the low and sturdy stone houses had been a haven for the Huguenots, or French Protestants. Hunted by royal troops and hounded by Catholic inquisitors, the Huguenots nevertheless held fast to their faith. Their ministers led Sunday services in the craggy folds of the Cévennes, and their military leaders led a guerrilla war against the Bourbon battalions. As a result, even after the Revolution of 1789, which emancipated and enfranchised both them and French Jews, the Huguenots remained deeply marked by the so-called “years of the desert.”

A remarkable minister, André Trocmé, embodied the historical wisdom accrued over the centuries by the Protestants.

Scarred by the murderous reality of World War I, Trocmé was a committed pacifist when he arrived in Chambon in 1934 to assume the ministry. Four years later, with the help of his colleagues Edouard Theis and Roger Darcissac, Trocmé founded the Cevenol school. His motivation reflected the same mixture of hard-nosed practicality and spiritual sublimity that later informed his actions during World War II: to teach the pacifist ideals central to the work of the Gospel, but also to create a steady source of revenue that the students could provide, and without which the small village would soon wither and die.

When republican France was routed, the Germans occupied the northern half of the country, while the newly created French state, known as Vichy, ruled the southern half. Vichy quickly passed a series of anti-Semitic laws, forbidding Jews from practicing most professions, from studying at universities and from owning businesses. They also had to register with the authorities, laying the legal and psychological foundations for the French police’s notorious rafles, or roundups, of foreign and French Jews in the summer of 1942.

Well before most of France, Trocmé and his flock in Chambon were acutely aware of the future that Vichy was preparing for the Jews. In 1940, an utterly dispirited nation had embraced Marshal Philippe Pétain, head of Vichy. Yet Trocmé kept his distance, refusing in 1940 to sign the oath of allegiance to Pétain or to sound the church bells in 1941 to mark his birthday. In these and similar cases, Trocmé avoided confronting the authorities directly: holding fast to his beliefs, but not endangering his church.

All this changed, though, when a mounting stream of Jews — in 1941 they were ordered to wear the yellow star on their outer garments — quit the Occupied Zone and began to find their way to Chambon by train. In order to shelter these men, women and children, Trocmé realized that a more systematic, and much more dangerous, resistance was required. In his moving account, “Lest Innocent Blood Be Shed,” published by Harper & Row in 1979 and revised in 1994, Philip Hallie emphasizes that Trocmé and his fellow villagers were amateurs. There were no teachers, primers or even resistance pamphlets for them to consult. Establishing lines of communication with other clandestine groups, finding safe houses and creating aliases for the refugees, and forging papers and identity cards all demanded an extraordinary degree of planning and care. Yet, the practical and organizational aspects to the work of saving the lives of others always remained a work in progress.

Equally significant, however, were the less practical elements of resistance. While the villagers groped toward developing an effective organization, they did not hesitate over the need to resist. Their clarity of vision resulted in part from the historical experience of the Huguenot community, but, no less important, it reflected an ethical stance that Trocmé had practiced his entire adult life. Resistance is, first and foremost, a way of seeing the world, one that makes manifest the moral imperative to acknowledge and respect the dignity of each and every fellow human being.

As a result, by the time their fellow Frenchmen and women began to grasp Vichy’s brutal nature, the Chambonnais already knew what to do. This applied to something as seemingly simple as refusing to sign an oath of allegiance, or to something far greater — such as when the village youths delivered a letter to a visiting government minister, declaring they would never accept the regime’s actions against Jews. And, of course, it applied to saving the lives of the more than 3,000 Jewish adults and children by placing them with families, hiding them in the region or spiriting them out of the country. As the British writer Iris Murdoch wrote, seeing the world with consistent clarity means that when the moment arrives to make a moral choice, the choice has already been made.

As I walked past a sports field in Chambon, spackled with brightly clad children under the eyes of their coaches, it seemed that Trocmé had done the same with his villagers. After all, isn’t there a correspondence between physical and ethical training? When a goalkeeper stands between the net and a ball slicing toward it, he doesn’t pause and ask himself what he needs to do: That goalie has been diving toward the ball his entire life. So when Trocmé’s wife, Magda, heard a knock at her door in 1941 and opened it to find a Jewish refugee seeking shelter, her response was just as breathtakingly athletic: She was already diving to save a life.

There is, of course, something terribly glib to such a comparison. There will always be an abiding mystery as to why, in Hallie’s phrase, “goodness happened in Chambon.” I sensed this when I stepped inside the Protestant church, a small and stolid granite building with the phrase “Aimez-vous les uns les autres” (“Love one another”) engraved over the entrance. Walking down the aisle, I looked up at the ceiling: White and uneven planks that formed a nave resembled the hull of a naval galley. In front of me, on a stand, I found a huge and much used copy of the Bible. It was opened to Psalm 119: “Blessed are the undefiled in the way, who walk in the law of the Lord; blessed are they who keep his testimonies, and that seek him with whole heart.”

As I sat down in the pew, I gazed hard at the pulpit and bare stonewall behind. Shortly after the rafles in Paris, I recalled, a Vichy official visited Trocmé to demand he identify foreign Jews in Chambon. Told by Trocmé that his church would not cooperate, the official flew into a rage: Didn’t the pastor know how dangerous Jews were for France? Trocmé replied: “We do not know what a Jew is. We know only men.” What inspired such a reply? Something as prosaic as history? Complex as a moral vision? Or as simple, yet profound, as faith? Trocmé’s actions remind us of what is possible when one has true courage and loving convictions. So perhaps one day we can say: “André Trocmé was not unusual. He was only a man.”

Robert Zaretsky is a professor of history in the Honors College at the University of Houston. His most recent book is “Albert Camus: Elements of a Life” (Cornell University Press, 2010).