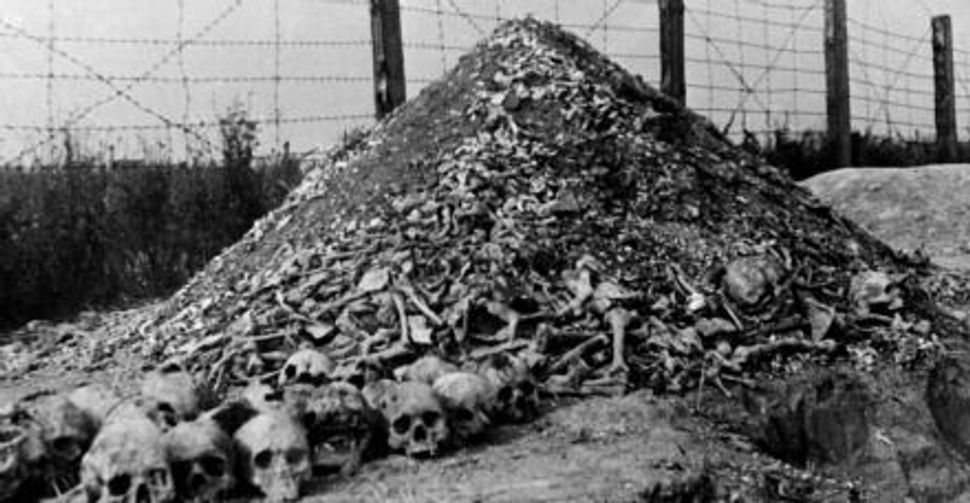 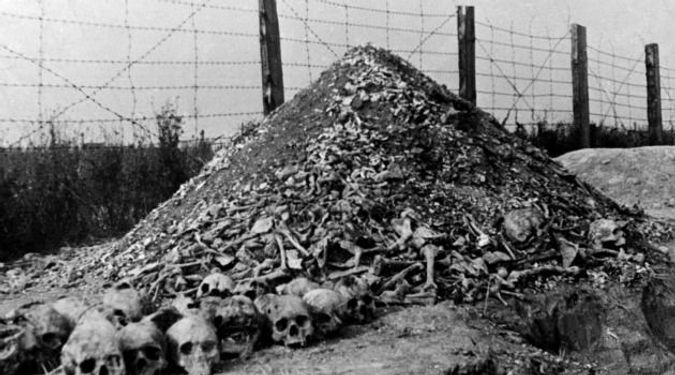 Since the passage of time plays tricks with memory, memoirs written in proximity to the Holocaust ordinarily are given greater credence than later works. One would imagine that a survivor’s account written more than 65 years after the Holocaust could not find a place in the canon of Holocaust literature, yet Eli Pfefferkorn’s “The Muselmann at the Water Cooler” is indeed a significant addition. 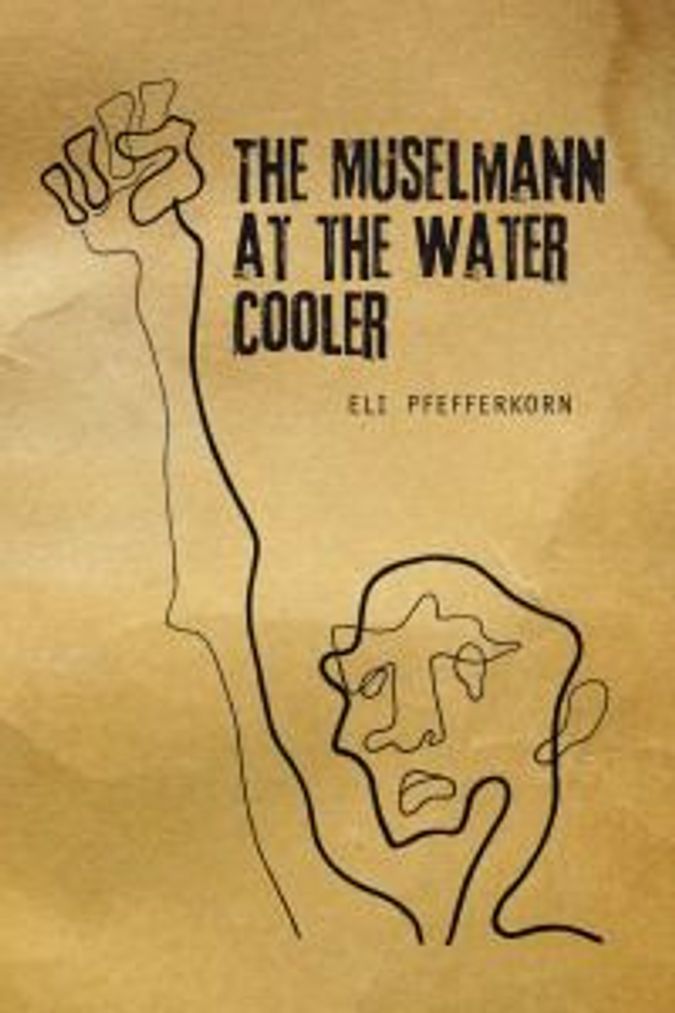 The word “Muselmann” was how prisoners described the walking dead, who had given into despair and for whom selection to the gas chamber seemed inevitable. Yoking that image to the workaday water cooler gives some idea of the disjunction of experience that Pfefferkorn portrays.

Now in his eighties, Pfefferkorn was a child when his life was interrupted by the war. In the book, his pre-war years are dispensed of rather quickly. His Holocaust experience included ghettoization, hiding and, ultimately, deportation to Majdanek, whose former inmates have written few memoirs. His post-Holocaust story is fascinating. Rather than go to Palestine after the war, he went to England. His depiction of English society and of his host family is insightful and charming. Still a very young man, with a long future seemingly ahead of him, Eli’s restlessness attracted him to the sea. He sought training as a merchant marine.

His training attracted the attention of the Zionists, who were preparing for the inevitable War of Independence and sought his seamanship to defend the coastline. Drawn to Palestine by a sense of duty to the past rather than any Zionist aspirations for the future, Eli found himself fighting far from the sea, in the sands of the Negev. A member of Machal (a brigade of overseas volunteers), he nevertheless refused an IDF order to disarm the Stern Gang and ended up in prison. Yet his depiction of the brigade is cheerful — this is no jailhouse memoir.

Pfefferkorn slowly made his way into Israeli society from the extreme left — Khrushchev’s speech denouncing Stalin left a void in his soul — gradually undergoing a self-described process of embourgeoisement. Lord help us, he buys a Vespa!

Still an outsider, a Jew among the Canaanites (a small group of pre-Israeli intellectual ideologues in the 1930s and early ’40s) Pfefferkorn’s insight into Israeli society of the 1950s and ’60s reminds us of a bygone era, of its aspirations and pretentions, intellectual and otherwise. Writing in literary journals and in the Friday newspaper literary supplements, he defended a fellow survivor ridiculed by the Canaanites. Elie Wiesel, though perceived outside Israel as a spokesman for the country, was reviled by earlier Israeli generations for remaining in France and America rather than making aliyah.

While Wiesel contended that he only criticizes Israel in Israel, his critics argued that it was easy to defend Israel from abroad; much more difficult from within. Pfefferkorn, who worked closely with Wiesel during the early 1980s, when the latter was chairman of the United States Holocaust Memorial Council, recounts some of the controversies relating to Wiesel’s chairmanship and his resignation en route to accepting the Nobel Peace Prize. Suddenly, Wiesel’s defender becomes the accuser.

Although his background and career are fascinating, the core of this book is not what happened to Pfefferkorn either before or after the war, but rather during the Shoah and his provocative reflections on its implications. His vantage point was unique. His ghetto and camp experiences brought him into close proximity with the killers. In the Radsyn-Podlaski ghetto in German-occupied Poland, Pfefferkorn worked as a sort of “gofer” for the chief of police, observing the inner workings of his office first hand. The Jews who worked for the Germans were treated with utter indifference, as if they did not exist. No effort was made to hide what was happening or to speak behind closed doors.

At Majdanek, he worked in the mansion of the commandant of the concentration camp, offering Pfefferkorn yet another opportunity to encounter the killers in the intimacy of their homes, where he watched their casual interactions with each other. It enabled him not only to eat and, hence, to survive but also to observe and thus to see the perpetrators not only as distant monsters but as men and women of flesh and blood. His revulsion at their deeds is no less intense; his understanding of them as people is subtle and nuanced.

Reading this book requires some patience because, much like a boxer who jabs and weaves before throwing a punch, Pfefferkorn takes us into the heart of darkness and then digresses, either to reflect upon that darkness or to change the topic, only to return again to that time and that place. He, and we, need that momentary respite to probe ever deeper.

Pfefferkorn offers a sense of the Holocaust that is radically different from that of Wiesel. Transcending time and history, Wiesel situates the Holocaust in a world apart from ours — “that world is not our world.” Not so Pfefferkorn. His most compelling insight is that the Holocaust is an expression in the extreme of what is common to the mainstream of civilization. He is surely not the first to suggest this as a perspective from which to understand the Holocaust, but his argument is compelling and cuts against the grain of the aggrandizement of survivors.

He defends the prerogatives of survivors but refuses to ennoble their suffering or to lionize them:

Suffering is not necessarily a morally refining agent that turns apathy into compassion, greed into generosity, meanness into graciousness and ambition into humility. With few exceptions, the good did not become better and the bad might have become worse.

Few survived to bear witness, he writes; “most merely wanted to live.”

The predatory behavior of the inmates in the concentration camps manifested in verbal and physical violence was a distorted reflection of the plots hatched at the water cooler, conspired in the Common Room, planned in the Boardroom and occasionally pillow-talked in the bedroom.

For a very long time, Pfefferkorn denied his experience in the Shoah, weaving a story that he had spent the wartime years in England. His friends, professors, girlfriends were not told; even the woman who became his wife was not told. Of his denial he writes: “It must have been an instinctive choice to mask death with life.” He argues, not quite convincingly, that he did not want to be judged by his past. In the early days of Israel, survivors were treated with contempt; “sabonim” they were called — “the people of soap” — an allusion to the unfounded but widely accepted allegation that the Germans made soap of the victims. Perhaps he was not ready to stand up or to stand out.

His own strategy of survival:

Survival in this inhuman environment was driven by paradox… to stay alert you had to shield yourself from the surroundings. But the protective shield that enabled you to keep the sight of terror at bay posed the risk of affecting your vigilance of your surroundings, a necessary condition while on the bread prowl. Darting back and forth between alertness and oblivion became my survival tactic.

Still, for one who denied being a survivor for so long, it is ironic that Pfefferkorn insists on the distinction between knowing about it and knowing it, which only comes after a direct encounter with the human instruments of evil.

Pfefferkorn reminds us that ghetto diarist Chaim Kaplan ended his “Scroll of Agony”: “When my life ends, what will become of my Diary?” He asks: “Will my memoir survive to keep telling the story. And has it been worth it?”

Of this I am certain: “The Muselmann at the Water Cooler” is a major and enduring contribution not only to survivor literature but also to our understanding of that evil. There are many memoirs of Auschwitz, far fewer of Majdanek. Only a handful of works have been written by survivors who lived in close proximity to the killers and saw them at leisure as well as at work. Unlike the recently discovered Höcker photograph album of the Auschwitz staff at leisure — where we have to read into them an understanding of who they were and how they acted — Pfefferkorn was there to observe, and he prepared a lifetime to write this work.

Michael Berenbaum is director of the Sigi Ziering Institute: Exploring the Ethical and Religious Implications of the Holocaust and a professor of Jewish Studies at American Jewish University in Los Angeles.