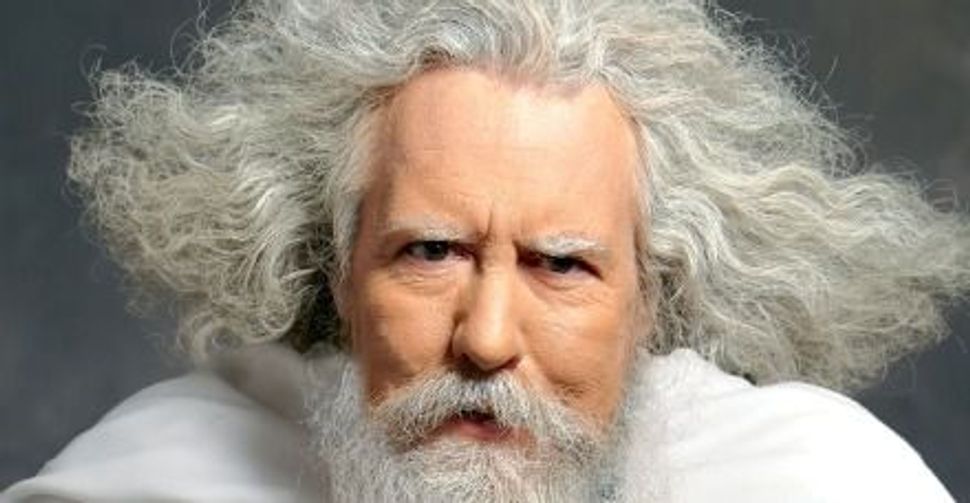 The Final Testament of the Holy Bible
By James Frey
398 pages, Gagosian, $50

There are advocates for the environment, for the gold standard and for corporal punishment, all claiming divine support for their beliefs. It’s only a matter of time before He does celebrity endorsements: “God helps those who help themselves… to more Ore-Ida® French-fried potatoes!” 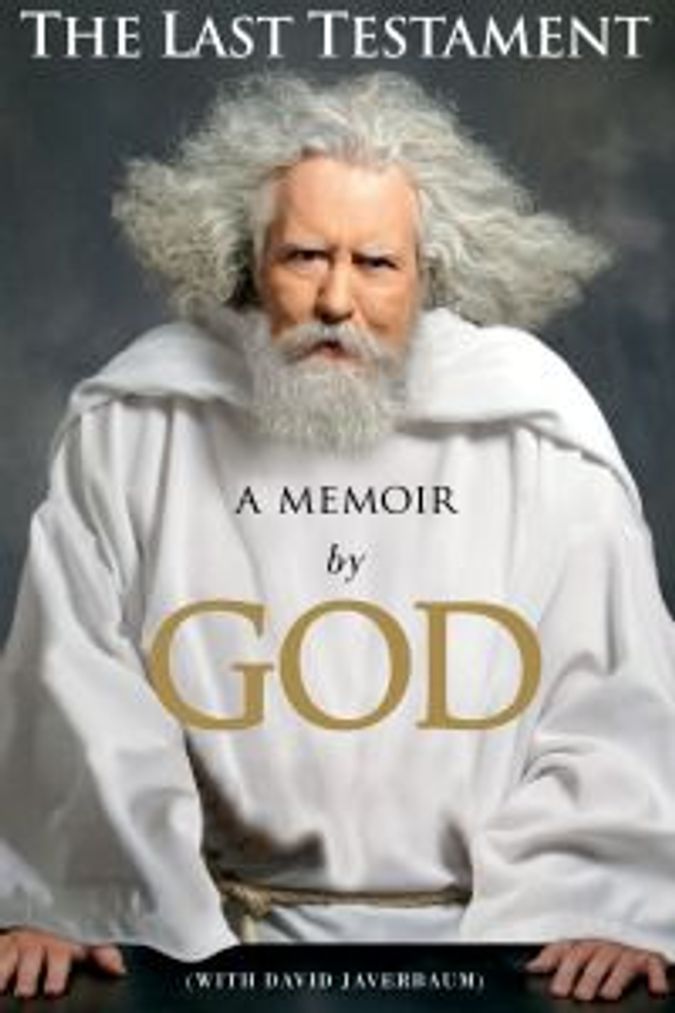 What chutzpah, the way that Americans bring God into everything. And yet, it’s been ages since we’ve seen his name on anything new in print. He may have written or dictated the scriptures of every Abrahamic religion, but lately the world’s most successful author publishes less frequently than Thomas Pynchon. Even the Book of Mormon, from 1830, is beyond ancient by the standards of today’s publishing industry.

With God on hiatus, two writers have taken matters into their own hands, both mining the same premise — an additional testament to the holy literature. And both have more or less the same goal, to highlight the foibles of religion and the arrogance of divine justification. But the tone of each is radically different: One goes for pathos, the other parody.

First, the funny one. According to its prologue, David Javerbaum’s “The Last Testament: A Memoir by God” is not divinely inspired, at least in terms of the initial idea. Actually the pitch came from God’s literary agent. Over lunch at Balthazar (God has the frisée aux lardons, so apparently He isn’t so kosher), the agent urges the Lord to write a “telleth-all” about the challenges of “godding.”

Thus, “The Last Testament” is partly a re-telling of Biblical stories. Apparently, the Tower of Babel was destroyed because of a “zoning dispute” — its height obstructed God’s view of earth, which hurt Heaven’s resale value. The book also takes on prophetic figures such as Jesus and his less successful siblings, Zach and Kathy; and Martin Luther, whom God likens to “Michael Moore in a jerkin.”

We are also privy to God’s musings on celebrities (“I have seen Nicole Kidman Botox her hair”); sports (God favors “whoever is playing the Cubs”); and musical theater (He likes “Godspell”).

Javerbaum has an impeccable comic pedigree — he’s written for The Onion and “The Daily Show” — so it’s no surprise that “The Last Testament” is funny. But the book falters whenever Javerbaum tries to get at something serious. There’s a thread of theodicy running through the narrative, with God questioning how much He enjoys smiting. In the end, Javerbaum lets Him off too easily, with God deciding that when bad things happen to good people, “it’s funny ’cause it’s not thee.” That may be why pratfalls are funny, but it doesn’t explain the Holocaust. So while there are hundreds of good jokes in “The Last Testament,” it lacks the righteous indignation that elevates comedy to satire.

Righteous indignation, however, is much in evidence in “The Final Testament of the Holy Bible.” Frey’s book is the story of Ben Zion Avrohom, a present-day Messiah, as told by his followers. Ben is destined to be the Redeemer: He’s from the line of King David, born on Tisha B’Av and born circumcised (which is one way to save on a mohel). And he knows all the Abrahamic scriptures — Koran, Bible and Talmud — without ever having studied them. Like Jonah, Ben runs from his calling, living in a Bronx slum, drinking, working as a night watchman. Then, an accident precipitates vision-inducing seizures that provide Ben with the answers to everything.

The accident is worthy of discussion. A plate-glass window falls 30 stories onto this messianic schlemiel, causing wounds so profound that his surgeon likens them to “a Hollywood horror movie.” This is merely one example of the Christ-like abuse that Ben endures, which includes several vicious beatings, incarceration and near-starvation. I won’t reveal the final act of cruelty, but I finished the book with the impression that Frey was somehow trying to one-up the Passion.

The indignation appears when we learn Ben’s message: This Messiah sounds remarkably like an atheist progressive. “We are animals,” he preaches, the “result of a long process of natural selection.” Religion is “the longest running fraud in human history.” God doesn’t care about “who we marry.” (Nor, apparently, about the subjective case.) In fact, “He plays no part in our lives.” If you want to get an idea of God, look up at the “infinite” sky. Evidently, the Messiah has been reading Sam Harris.

So what is the alternative to fundamentalism and the “dead books” of Scripture? Love, of course. Lots and lots of love. And “love” not only means accepting people for who they are, without judgment; it also means “sex.”

If it seems like “The Final Testament” annoyed me, that’s not the case. I couldn’t put it down. This is the first book of Frey’s that I’ve read, and I was impressed by his ability to construct an engaging narrative. I just wished that he had thought harder about his scenario, his straw man version of faith, his Messiah’s liberal platitudes.

Both authors could have thought a little harder. Why? Because both books, I think, were to some extent inspired by a distaste for the way Americans — especially American conservatives — bring God into everything. But Javerbaum and Frey respond to this arrogance with platitudes. In Javerbaum’s book, God argues that the Bible is not “the product of a particular group of people in a particular place at a particular time,” demonstrating that Javerbaum believes the opposite. And Frey writes that “The Bible was written two thousand years ago. Stories that had meaning then are meaningless now.” Neither author seems to realize that this argument is an oversimplification at best. Nor do they grasp that by reacting to such stories — even, paradoxically, by mocking them — they are, in fact, taking them seriously.

Both books are good. Really. Javerbaum’s is spit-take funny; Frey’s a page-turner. But they’re missed opportunities — I think because both authors wish to dismiss religion while using it to make their points. But maybe there’s a better way to wrestle with this material, to engage with it. Maybe there’s a way to criticize fundamentalism without relying on shtick or shock or liberal pandering.