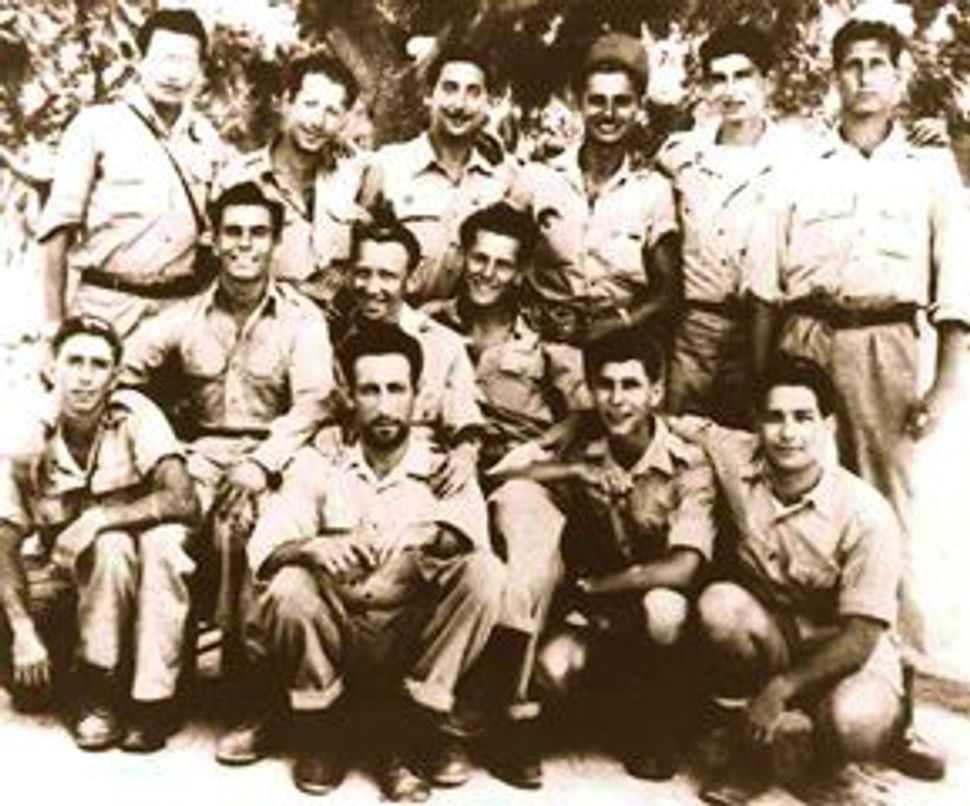 HERE TO HELP: Machalniks arriving in August 1948 on the ship known as the Pan York, aka Kibbutz Galuyot ? the ingathering of the exiles.

This is a story of loyalty and betrayal. It’s a story of bravery and subtlety, of mortal stakes on a global stage. It is also a thrilling story filled with “cloak-and-dagger elements,” featuring storied American men both famous and infamous: Harry Truman, Mickey Marcus, Hank Greenspun, Jimmy Hoffa and Charles Winters (the man who was recently posthumously pardoned by President Bush), just to name a few. It is a story of unknown heroes, as well: Norm Schutzman, Ralph Lowenstein, Si Spiegelman, Paul Kaye. And, as it turns out, it is also a story of my father. 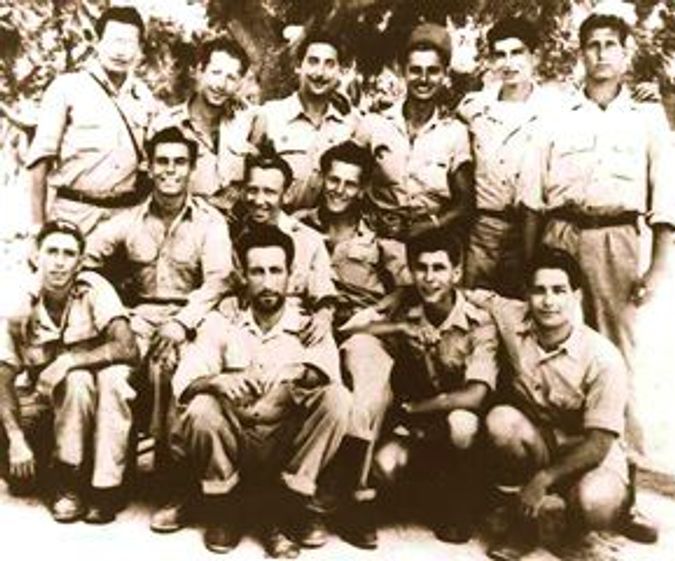 HERE TO HELP: Machalniks arriving in August 1948 on the ship known as the Pan York, aka Kibbutz Galuyot ? the ingathering of the exiles.

Films about the Holocaust remind us, while we sit in comfort, of past atrocities. They make us remember a little, and that pebble of discomfort helps them win awards — especially on January 27, International Holocaust Remembrance Day, when survivors and families of both the dying and the dead come together and remember what they can.

Although remembering the Holocaust and reminding others of it is crucial, growing up under the influence of these films can be damaging. Compared with the standard heroism of Westerns and war movies, 20th-century Holocaust films conveyed a mentality of victimhood. As a people, there is clearly no doubt that we have been victims in the past, and yes, sometimes we are still, but that is only one facet of who we are as Jews. Although we are relatively few, we have achieved, and continue to achieve, some of the world’s greatest accomplishments. We always persevere; we always fight.

Personally, I tell stories. Very recently, one of the most incredible stories unexpectedly revealed itself. Even more incredible, it was about my own father. Every story has a beginning, and my story began in Park City, Utah.

My eldest brother, David, an airline pilot, was watching “Saving Private Ryan,” with his son, Cole. It is a film that deals with themes of heroism and selflessness, and as such, it made my 10-year-old nephew recollect the heroic myths he had heard about his own family.

Although his grandfather passed away seven years before he was born, Cole had always been curious about, and somewhat obsessed with, the idea of his Grandpa Jack. I think most children are curious about the relationships their mothers and fathers had with their own parents. We are the products of our families, and so we crave any information that might tell us who we are and, even more important, whom we might become. We also crave a personal connection to what we admire in the world.

As for my father, Cole’s grandfather, I knew that he had, at the age of 17, lied so that he could enlist to fight in World War II. I also knew that he had fought in Israel’s War of Independence. I remember how, when I was a child, my dad had a predilection for biographies and films about war. But one thing he never spoke to any of my family about in any detail was his own biography: his experiences in the two wars he fought. And we never pressed him, as I always assumed that he saw many atrocities and he didn’t want to delve into that part of his life or, at the very least, pass on those unpleasantries to his family. Beyond that, we didn’t know where my father had been and what he had done or seen.

I got a breathless call from my brother in Park City that night. After being grilled by my nephew for more information, my brother had stumbled upon an online document about an organization of soldiers my father belonged to during his time in Israel. It was called Machal.

There, in a blurry sepia photo, was an image of my father standing at the far left of the back row among a group of soldiers, his name captioned at the bottom. I don’t remember how long I stared at my father’s face. There are only a few pictures I’ve seen of my father as a young man. But there he was, the only man wearing glasses and standing tall at 6 feet 1 inch, staring back at me.

Soon I was getting similar breathless calls from the rest of my siblings. “This is incredible!?” “What and where the heck was this?!” It was at this point that I, being the writer in the family, took it upon myself to find out.

“Machal” is a Hebrew acronym for “*Mitnadvay Chutz La’aretz,” *translated into English as “Volunteers From Abroad.” In 1948, once the British Mandate was lifted and the State of Israel was declared, about 3,500 Jews (and some non-Jews) from all over the world were recruited by the underground organization the Haganah to protect and defend Israel from the seven Arab nations invading at the time. Of those 3,500, about 1,000 men were from North America. My father was one of them.

Without these men, Israel would not exist.

Last November, 15 years after my father’s death, it was a film about a war, and the curiosity of the 10-year-old grandson Jack Kesselman never met, that set me on a journey to find out what my father had done, where he had been and what he had seen. The story you will read involves 1,000 of the bravest and most selfless North American Jews. It rivals any story of Jewish heroism in this or any other century.

It’s a story not many Jews are aware of, and I’m proud to say that my father was an integral part of it. Although my father never shared his story with me, and many of the people from his company have passed, I have met and spoken with a man who knew my father, a man who led his company, and many other men who were there. Their stories are beyond captivating. I will piece together the stories of others to tell that of my father and of the 1,000 men who sailed from North America to build the Jewish state out of hope and fearlessness.

What follows is a video that includes interviews of soldiers who fought for Israel as part of Machal.

Jonathan Kesselman is a screenwriter, film director (“The Hebrew Hammer”), and an adjunct professor at Yale University.