A Personal History of Blood Libel in Poland 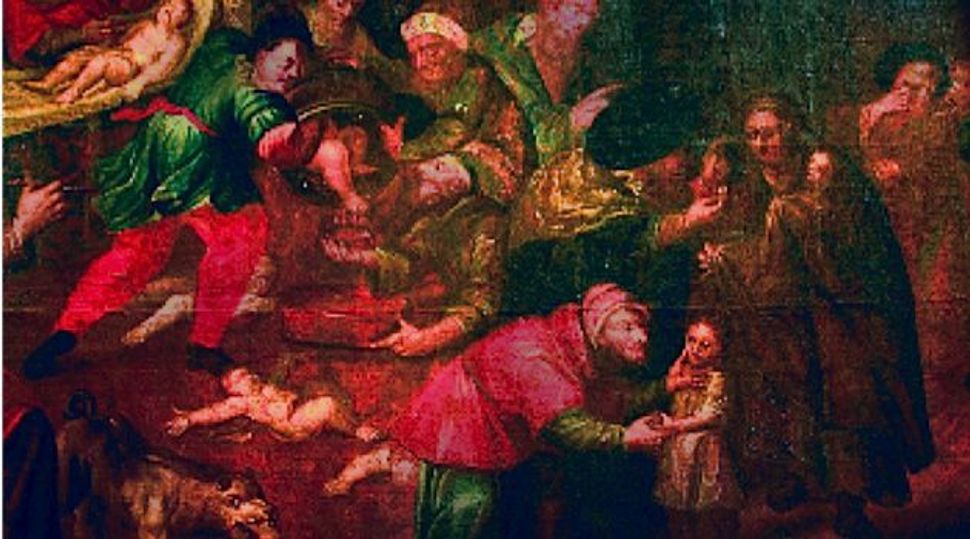 Some years ago, an obsession with Polish poetry led me to two ideas: First, that I should visit Poland, and second, that someone else should pay for it. So I wrangled a Fulbright fellowship and spent a year traveling in Poland. (I mention the Fulbright not to brag, but because it bugs me when travel writers don’t mention money. Probably because they’d be embarrassed to write “Eat, Pray, Live off the Advance.”)

My goal was to look beyond the stereotype of Polish anti-Semitism, to see the place on its own terms. I traveled and I took notes — about the Poles I met, and vodka, and old buildings, and what it felt like to be a Jew in Poland. When I got back to New York, I wrote a manuscript. To my great disappointment, my agent couldn’t sell it. As one rejection letter put it, it was “too Jewish for Poles and too Polish for Jews.”

Nevertheless I feel very good about that year in Poland. It taught me how to look beyond the facile prejudices of American Jews, and it gave me perspective on the long, complicated history of Polish Jewry. And I learned a lot about what it means to be a Jew — a lesson that resurfaced when I read about the recent unveiling of a painting in Sandomierz, a small city about 200 kilometers south of Warsaw.

When I was staying in Lublin, a historian — one of the many Christian Poles who have dedicated their careers to preserving Jewish history — urged me to seek out a certain painting in Sandomierz. All I could get out of him was that it was in the cathedral, and that I would find it “interesting.”

I took the bait and, in the dead of winter, I went to Sandomierz. I felt less than enthusiastic as I searched for the cathedral. This was my sixth or seventh foray into Ye Olde Poland and I knew what to expect: narrow streets, kitschy shops and churches. Nevertheless, you had to admire the place, if only for still existing. Tatars, Lithuanians, Swedes, Austrians, Germans: Like many Polish cities, Sandomierz had been a tempting target for a millennium. After each invasion the Poles had buried the dead and rebuilt the city. Thus the town square retained a kind of blunt charm: the imposing brick ratusz, or town hall, was attached to a whitewashed baroque tower, and the houses edging the square looked pretty against the snow.

The cathedral was nice enough, with high, vaulted ceilings and a lovely organ above an archway in the rear. And the paintings were interesting, huge 18th-century canvases depicting gruesome scenes of Christian martyrdom. But you couldn’t exactly call them world-class: the artist, one Karol de Prevot, wasn’t much of a painter.

I was thinking about lunch as I checked out the pictures beneath the organ. The first one illustrated the Swedes blowing up the town in 1655: Flying through the air, among the body parts and debris, was an impassive Polish soldier, still on his horse. Two more paintings showed scenes from the Tatar invasion of the 13th century — the slaughter of dozens of monks, the townsfolk fleeing the hordes.

Then I saw the painting and I lost my appetite.

The setting is the interior of a synagogue. On the left, a Jew, holding a scalpel, confers with another Jew over the corpse of a child; the body has ritual cuts on its extremities. In the center, three Jews tip a barrel containing another dead child; a Jew with an oversized nose holds up a bowl to collect the blood. The dismembered bodies of children are scattered about the floor and a dog has a human foot in its mouth. On the right, a leering Jew strokes a boy’s chin while another Jew offers a woman a coin for her child.

I got the gist of the Latin inscription: “In the Year of Our Lord 1698, on the 18th of March, the infant Margarita, and in August 1710, Gregorz Krasnowski, had their throats cruelly slit by the Jews of Sandomierz.”

The scene was ludicrous — among other things, what was a dog doing in a synagogue? But I was stunned. I was recording the inscription in my notebook when someone tapped me on the shoulder, a plump woman in an apron. In Polish, she told me that I was not allowed to do that here.

“That,” she said, pointing to my notebook.

I snorted and turned back to the painting. The woman chugged away and returned with a 60-ish man who was stooped like a shepherd’s crook. Although he was more genial, his Polish was incomprehensible. He had to repeat himself three times until I understood: “The mayor of the city says that no one can write here.”

Most likely the sages would not approve of discomfiting those who are, through no fault of their own, already in an awkward situation. But sometimes you have to be petty, if only to make yourself feel better. While the man muttered and the woman panted with evident fury, I made a great show of checking my notes. Then I left.

The next morning, on the bus to Krakow, I was mulling over a story that my grandmother once told me. Her uncle had been a housepainter in a town not too far from Sandomierz. Once, when he was working in a neighboring village — this would have been around 1915 — he heard that a Christian child had disappeared. Fearing retribution, he packed up his brushes and hustled home.

The story had struck me as exaggerated, the overreaction of shtetl Jews. But now I understood their fear. Strangely, I also felt wounded and diminished, as if I had been personally humiliated. Both sides of my family had emigrated from southeastern Poland; the Jews of the painting were, in a way, my ancestors.

All this came back to me with startling intensity when I read about the unveiling — the anger and humiliation, the fervent hope that Karol de Prevot, and whoever commissioned that painting, were roasting in gehenna.

When I managed to actually read the article I learned that I had been lucky, as it were, to have seen the painting. It had been removed in 2006. But then, after some back and forth, representatives of the Jewish community and the Catholic Church decided that it was better to display it. In January of this year, the painting was re-hung, and a plaque was added: “This event is not historically accurate. The Jews could not and did not perpetuate ritual murder.”

I realize that the story of my brief visit to Sandomierz will do nothing to dispel Jewish preconceptions about Poland. I’m not pleased about this, but I see no point in pretending that such hatred no longer exists. In the 17th century, a mediocre painter was hired to depict the blood libel as history. In the 21st century, apparently it’s still necessary to insist that it’s a fiction.

Gordon Haber is a frequent contributor to the Jewish Daily Forward. His most recent fiction is the novella “Adjunctivitis.”

A Personal History of Blood Libel in Poland