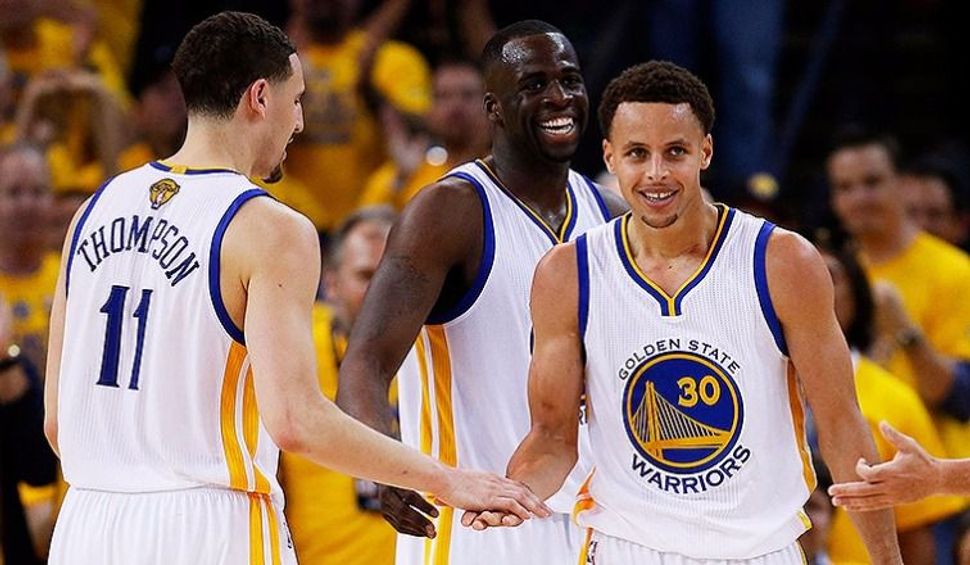 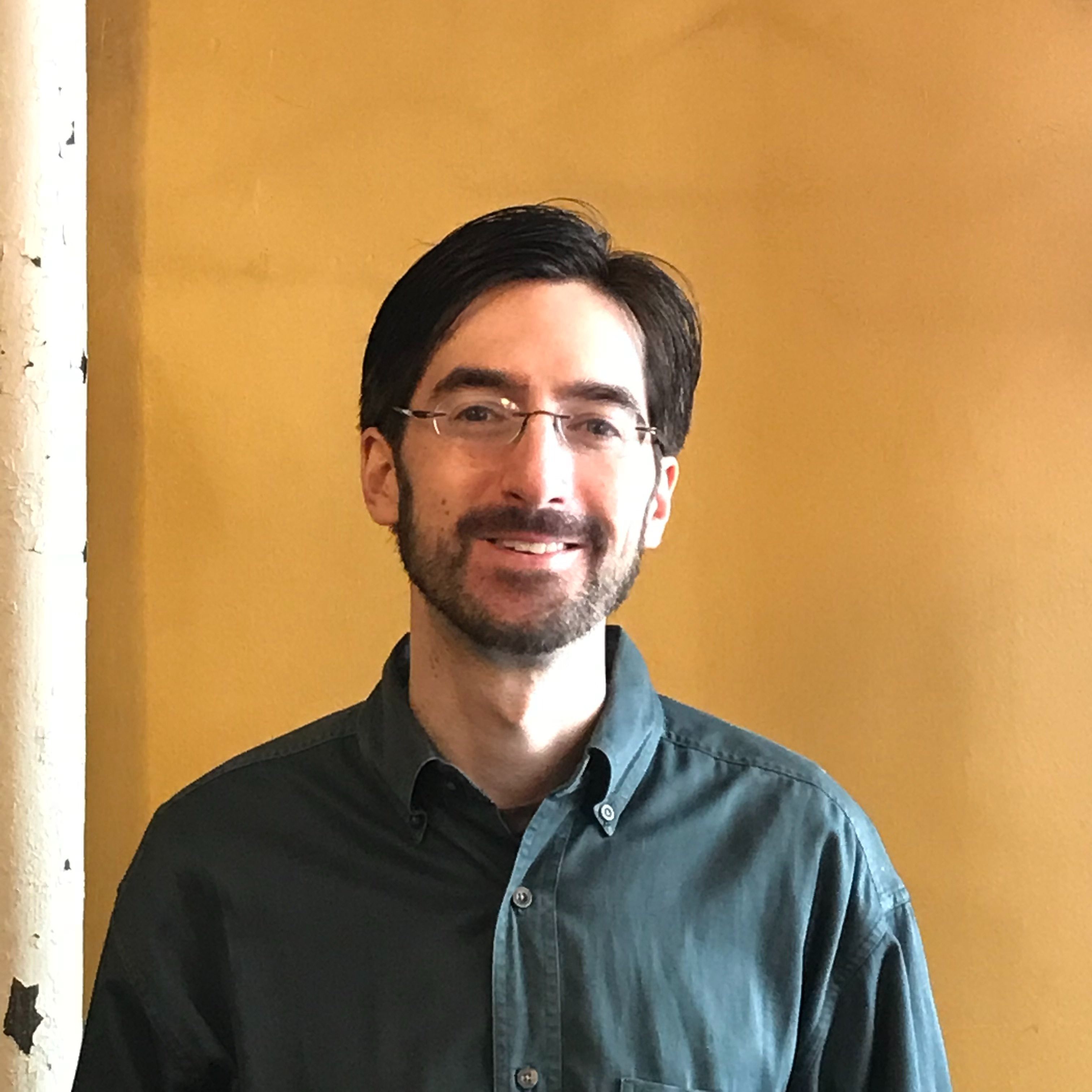 The Golden State Warriors are having one of the greatest seasons in the history of American sports. They have revolutionized the game of basketball, they have a near-perfect roster which boasts the best shooter in N.B.A. history (Steph Curry), and they have broken the single-season wins record (72) set by Michael Jordan’s ’1995-’96 Chicago Bulls. It is a feat that should be celebrated by basketball lovers, sports enthusiasts, and by all those who admire the striving for greatness in any particular endeavor. If such brilliance can be achieved in sports, it should inspire us to strive for such heights in science, medicine, statecraft, ethics, wisdom, and the arts.

Who could not love what Golden State is on the verge of accomplishing? After already having won a championship last year, they came back even better, hungrier, and eager to prove that last season’s dethroning of King James and the Cleveland Cavaliers was no fluke. Who could not love these non-one-time-wonder Warriors, playing terrific team basketball, moving the ball to open shooters with the fluidity of a river which flows from high to low? Who could not love a team coached by Steve Kerr, the former great shooter and five-time champion as a player, who won titles with Tim Duncan and Michael Jordan, apprenticed under Phil Jackson and Greg Popovich, and now leads a team that excels even those great Bulls and Spurs teams in excellence? And who could not love Steph Curry, the baby-faced basketball revolutionary, a six-foot man among giants who flings the ball from unheard of distances toward the hoop, slaying the giants of basketball present and past with the pinpoint precision of his three-point slings?

And yet, not everyone loves this team; not everyone can love this team. Why? Why are there dissenters to their drive for dominance? The answer is found in human nature, and in — surprisingly enough — the great stories of our religious traditions that have shaped our natures for thousands of years.

Those of us who have been raised in the religious traditions of the Judeo-Christian West have inherited a very strong gene of cultural DNA that makes it hard of us to esteem a person’s or group’s historical greatness unless this person or group has endured a sufficient amount of suffering prior to their transfiguration into individuals of unrivaled eminence. The Jewish people had to endure 400 years of back-breaking labor as slaves in Egypt before being redeemed and receiving the Torah. Jesus Christ had to endure back-breaking beatings, being spat upon, rejected, betrayed, and a gruesomely painful crucifixion before being resurrected and becoming acknowledged as the Word made flesh, the one who — for those who accept him as Lord and Savior — offers a path to salvation. During this spring season, these powerful stories are remembered, retold, and relived — the Jewish story during Passover, and the Christian story during Easter. And they have been retold each year, every year, for thousands of years, forming a formidable impression upon our collective consciousness that is more ineradicable than the indentation left on a mattress by a sleeper who has slept in the same position for 70 years; as Freud writes in “Totem and Taboo,” these stories have become “organized into our psychic property.”

Jordan’s Bulls were so beloved not merely due to their athletic excellence but because of how the team’s story tapped into our collective memories and made us unconsciously affirm the enduring importance of these epic, world-shaping, human-nature-forming stories. Like the Jewish people, the Bulls had to endure years of (postseason) beatings (at the hands of the Bad-Boy Detroit Pistons) before finally vanquishing their opponents and earning redemption (by winning 6 championships in 8 years). Like Jesus, Jordan had to endure beatings and body-blows (from the Bad Boys), being rejected (by his high school team, by the two teams that passed on him in the draft, and by the sportswriters who said he’d never be as good as Magic Johnson, Larry Bird, or Dr. J), and being spat upon (by sportswriters who tried to tarnish his reputation in books like The Jordan Rules) before finally achieving (athletic) transcendence and becoming universally acknowledged as the Greatest Of All Time. And, like Moses—who endured a forty-year exile in the hinterlands of Midian before returning to Egypt, freeing the Jews, and leading them to the Land of Israel—Phil Jackson endured a seven-year exile in the basketball wilderness of the C.B.A., coaching teams like the Albany Patroons and the Puerto Rican Piratas de Quebradillas, before returning to the N.B.A., freeing the Bulls from their postseason fetters, and leading them to sports immortality and the glory of the promised land.

For all of their excellence, the Warriors will never be the Bulls of the ‘90’s, and Steph Curry will never be Michael Jordan — even if they surpass all of the Bulls’ records, and even if Curry surpasses all of Jordan’s achievements — because their story doesn’t accord with the rags-to-riches narratives our religions have conditioned us to crave. The Warriors’ two stars, Curry and Klay Thompson, are both sons of former N.B.A. players, whereas Jordan was the son of a working-class mechanic and Scottie Pippen was raised in an impoverished household in hardscrabble rural Arkansas. Kerr went straight from being an N.B.A. player to being an N.B.A. executive and coach, without having to endure an exile in a basketball wilderness. And enduring far less playoff adversity than the Bulls, the Warriors’ story doesn’t follow the agony-to-ecstasy narrative that 2,000-plus years of religious storytelling have caused us to believe is a prerequisite for persons and peoples striving for historical greatness.

We can’t help our human natures, formed as they have been by a 2,000-year narrative impression, any more so than a child raised in an unemotional household can be blamed for having difficulty expressing his or her emotions as an adult. So don’t blame us if we don’t love these Warriors; it’s not our fault — it’s our religion.

Daniel Ross Goodman, a writer and rabbinical student at Yeshivat Chovevei Torah (YCT) in New York, is a regular contributor to the Books & Arts section of The Weekly Standard. Following his June ordination, he will be a Ph.D. candidate at the Jewish Theological Seminary (JTS) of America in New York.

Daniel Ross Goodman is a writer, a rabbi, and a Ph.D. candidate at the Jewish Theological Seminary (JTS) of America in New York.