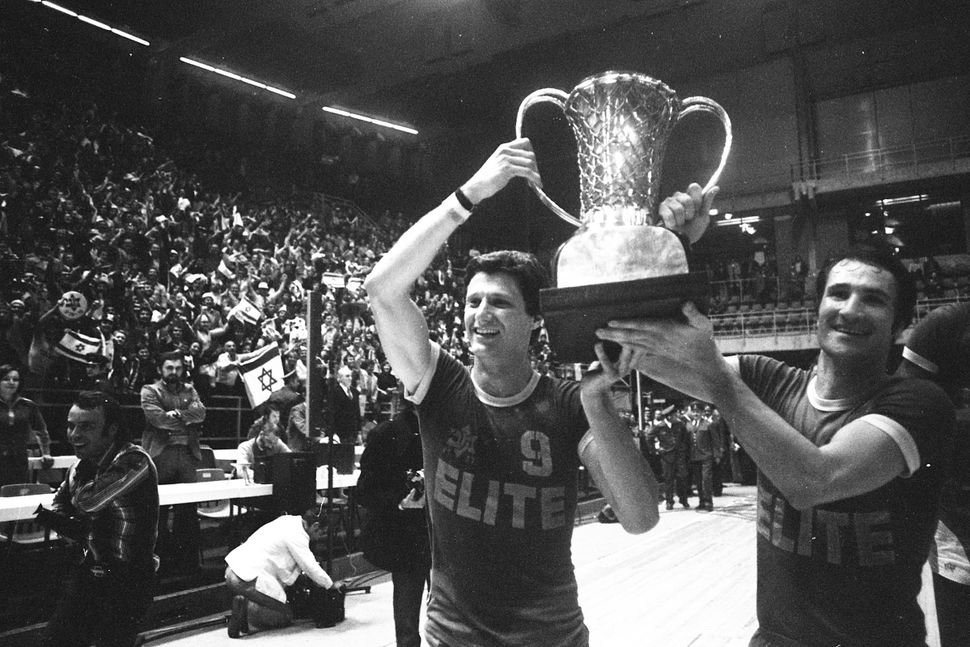 Tal Brody in “On the Map” Image by On the Map

It’s been almost 50 years, but people still stop Tal Brody on the streets of Israel and shake his hand. Or they wave and smile from a distance, all hoping to make contact with a national hero. Brody helped snap the country out of its deep funk following the 1972 Olympic Massacre and the 1973 Yom Kippur War. And no he isn’t a politician or military hero. He was captain of the Maccabi-Tel Aviv basketball team that captured the 1977 European championship — and the heart of a nation.

He’s is at the center of an exciting new documentary about that season, “On the Map,” by Dani Menkin (“39 Pounds of Love,” “Is That You?”) which opens nationwide on December 9.

That team was made up largely of Jewish-American college stars and a couple of non-Jews. They fueled a rise in Israeli basketball fortunes that took them deeper than ever into the playoffs. In the semi-finals during their championship run, Maccabi played a powerhouse Russian team, CSKA-Moscow, made up of many of the same players who’d defeated the US team in the1972 Olympics.

The USSR, allied with the Arab nations, had no diplomatic ties with Israel. The game was supposed to be played in Tel Aviv, but the Russians refused to go and also would not issue Israelis visas to play in Moscow. As a compromise the game was moved to a neutral site in Belgium and Maccabi scoring a surprisingly easy victory, 91-76.

In the post-game euphoria, Brody was hoisted onto the shoulders of jubilant fans and when a television mic was thrust in his face, he famously said in his heavily accented Hebrew: “We are on the map! And we are staying on the map – not only in sports, but in everything.”

I said it spontaneously,” Brody told the Forward in a video interview from Israel about the words that became a catch phrase in Israel, mouthed by everyone from the man on the street to top politicians.

Brody led his team to a tense 78-77 win in the finals over an Italian team that had already beaten them twice that season. How important was the game? Prime Minister Rabin had planned to resign that day, a speech to be broadcast on the country’s only TV station. He was pressured to reschedule so the broadcast of the game wouldn’t be interrupted.

Brody grew up in Trenton, N.J., is a largely secular family that belonged to an Orthodox congregation. He started playing basketball at age eight at the local JCC. He went on to win all-state (Newark Central H.S.) and All-American honors (University of Illinois) before being selected 12 in the 1965 NBA draft by the Baltimore Bullets.

He received permission from the club’s Jewish owner, Abe Pollin, to participate in the Maccabi games that year and following an excellent showing — he led the U.S. Team to the gold medal — was immediately asked to join the Maccabi-Tel Aviv team.

He returned to the States briefly, but in 1966 emigrated to Israel. “I would still make the same decision,” Brody said. “Knowing the experience I’ve had here, the challenge of basketball, seeing what the championship has meant to the country, what it did for the spirit of Israel, yes, I’d make the same decision.”