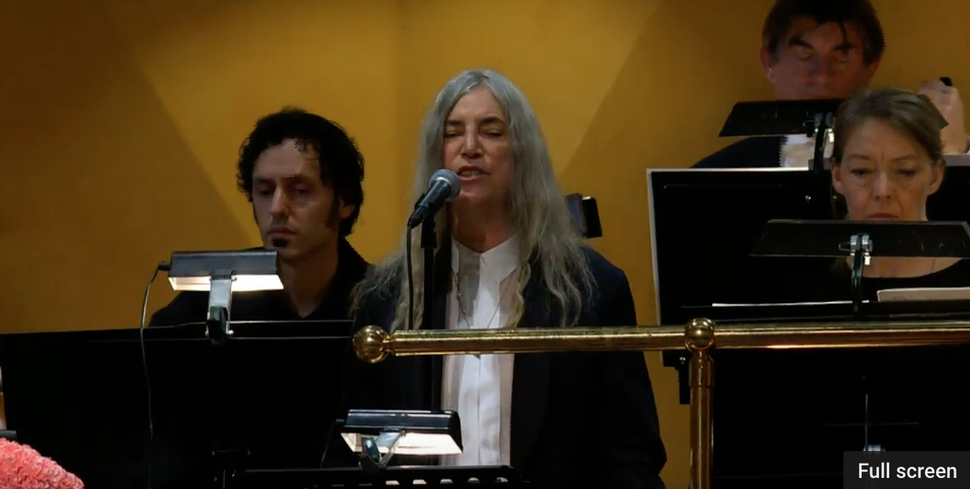 Amid a somewhat dour and all-too-respectful crowd who gathered today for the 2016 Nobel Prize ceremony in Sweden, Patti Smith took the stage to deliver a perhaps all-too-reverential performance of Bob Dylan’s “A Hard Rain’s A-Gonna Fall.” Smith was subbing for the absent Dylan who did not attend the ceremony to accept his prize before an audience where white bowties seemed to be quite plentiful. The Nobel committee isn’t allowing us to embed the video, but you can watch it here. Smith’s performance begins at about the 1:09 mark.