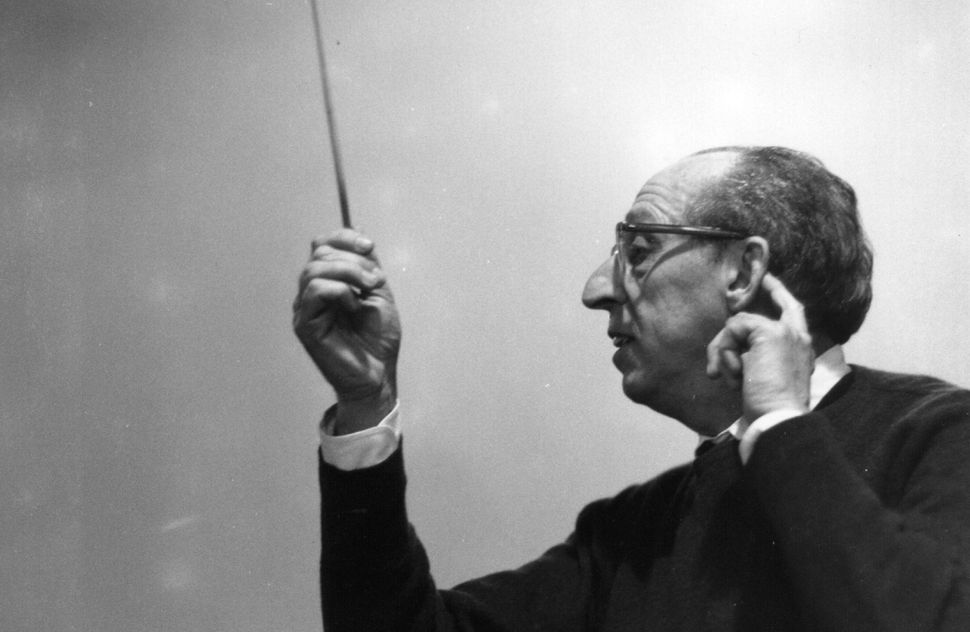 For the latest episode of WNYC’s Fishko Files, a radio show dealing with art and culture, Sara Fishko, the show’s host, tackled an old American classic – Aaron Copland’s “Fanfare For The Common Man” which is celebrating its 75th anniversary this year. On her program, Fishko invites scholars of music and history to discuss the genesis and impact of the composer’s most famous piece.

“Fanfare” was written in response to a call for fanfares from the Eugene Goossens, the conductor of the Cincinnati Symphony Orchestra during the 1942-43 CSO season. The short fanfares were meant to open CSO performances before the longer works. Each of the 18 works commissioned by Goossens celebrated a different part of the American war effort. Copland’s “Fanfare” is the only one of the 18 works that is still commonly performed.

The most interesting part of Fishko’s program is the discussion of the naming of the piece. Copland described his musical style as “imposed simplicity.” According to Fishko, in his music, Copland sought to “write tuneful music, to reach more people…the way folk music did.” The results conform to the goal – Copland’s fanfare is simple, easy, catchy, and sparse (as composer John Corigliano points out on the program, the “bare sound” of the piece stems from Copland’s reliance on open harmonies, from the large distance between the notes [lots of 4ths and 5ths]). Copland’s music was clearly intended for the common man, but the title for the piece is more political than aesthetic.

Originally, Copland thought of titling the piece “Fanfare For Democracy” or “Fanfare For The Four Freedoms” (in reference to a 1941 speech by President Roosevelt). While brainstorming titles, Copland switched on the radio to hear Vice President Henry Wallace’s speech “The Price of Free World Victory.” In the speech, Wallace delivers a stirring call to victory in the war against the Nazis and the Japanese, and a call for a just peace after the inevitable allied victory. The speech is remarkably steeped in socialist rhetoric, with Wallace frequently invoking the phrase “people’s revolution” and praising the 1917 Russian Revolution in the same breath as the American Revolution (though, in addition to the socialist rhetoric, Wallace also frequently invokes Christianity). Towards the middle of the speech, Wallace says, “Some have spoken of the American Century. I say that the century which we are entering, the century which will come out of this war, can be, and must be, the century of the common man.”

Hence the title of Copland’s piece, which, far from being a platitudinous wash is a strong political statement (even if, to my ears, the music, like most of Copland’s output, is unspeakably boring [come on, this is the year Sarah Vaughan was “discovered” at the Apollo, the year Schoenberg composed Piano Concerto Op. 42 – musically speaking, far more interesting things were happening in America than Copland]). It should come as no surprise then, that during the McCarthyite era, Copland, who often wrote scores for Hollywood, was blacklisted as a communist sympathizer.